Breaking into a car’s easy enough, right? Find something heavy, smash the window, grab the stereo, make your escape and ruin the car owner’s day.

Well it turns out breaking into a car isn’t as easy as it sounds. Just ask this fool, who was caught on CCTV trying to break into a Mercedes outside the Pheasant pub in Drogheda, Ireland.

When he couldn’t break the car’s window with a rock, he decided to try something a bit heavier.

So he grabbed a brick from nearby, threw it at the car’s window and, well, the result is hilarious!

What goes around comes around, as they say. Maybe it’s time for this douche to get himself an honest job? 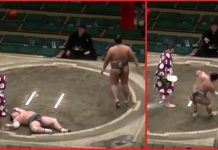 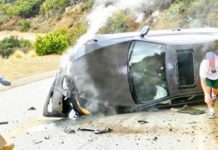 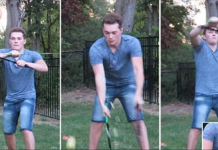