Fact can be stranger than fiction and that’s never so true as when you’re looking at nature. Earth has some truly incredible and freaky things going on at all times, right across the world. Things you’ve never even heard of but will make your jaw hit the floor. We took it upon ourselves to track down 27 of the weirdest and most wonderful nature shots to astound and amaze you. Enjoy!

1. Blue Hole – Underwater sinkholes like the one below can hit depths of up to 400m. This one is 392m deep, can be found in Belize and is the world’s largest blue hole. 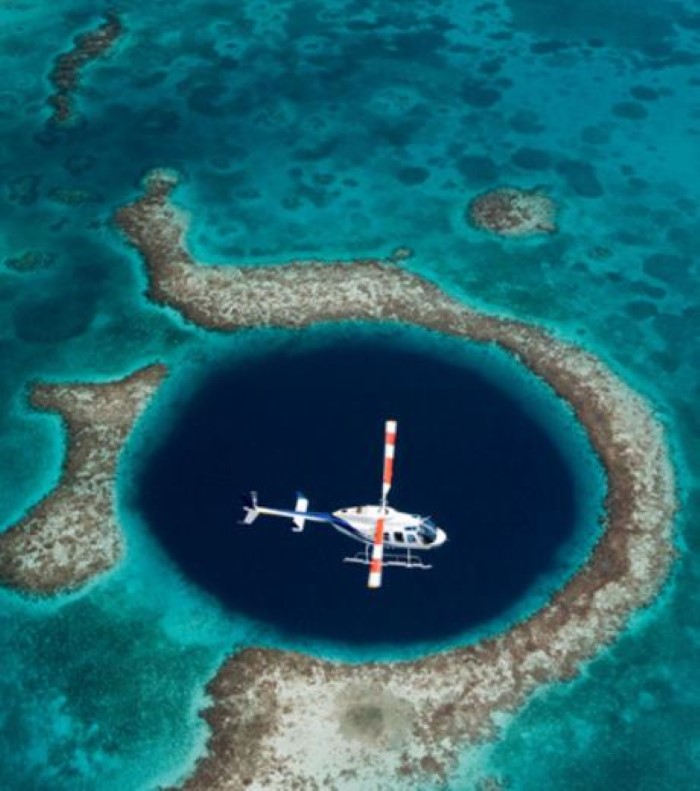 2. Fire tornados (aka fire whirls or fire devils) – These occur, as you might expect, when very strong winds and intense raging fires meet. Bushfires often see fire tornadoes and they can wreck major havoc. These firenadoes are blazing vortexes of heat – they’re impressive to see but incredibly destructive. 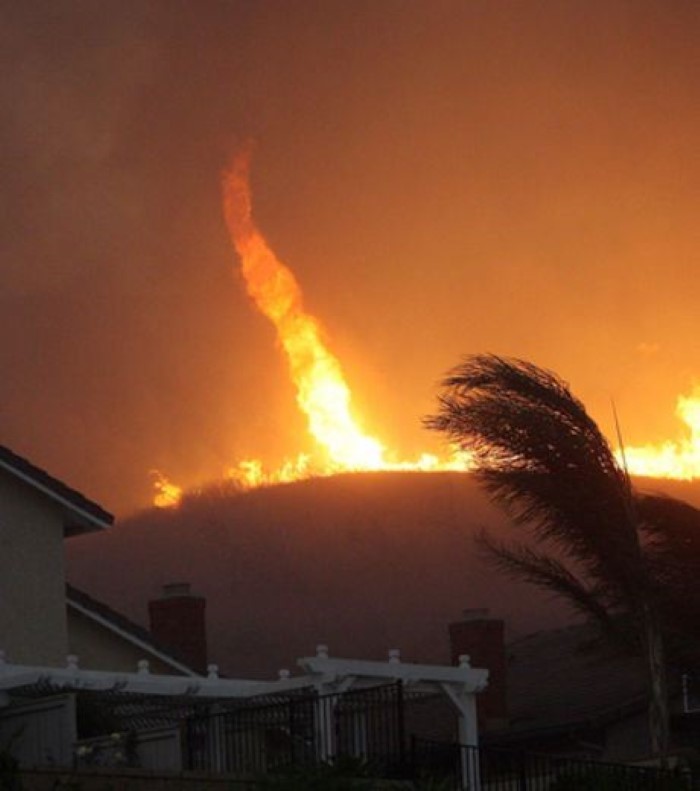 3. Deep sea ‘crop circles’ – These perfectly-made geometric shapes are the handiwork of the male pufferfish, who flap their fins about to create these strange patterns on the bottom of the ocean. 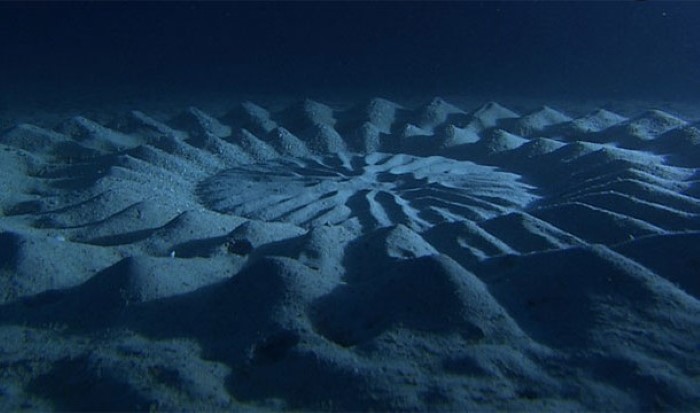 4. Infinite waves – These occur on the Amazon river twice a year where the Amazon meets the Atlantic Ocean. Waves like these can go on for 500 miles. 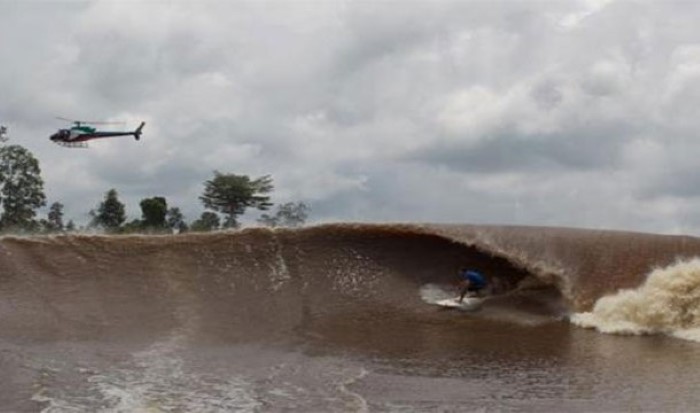 5. Blood Falls – Glaciers that look like they’re bleeding because a flume of iron oxide-tinged saltwater pours out of them. Freaky, eh?! 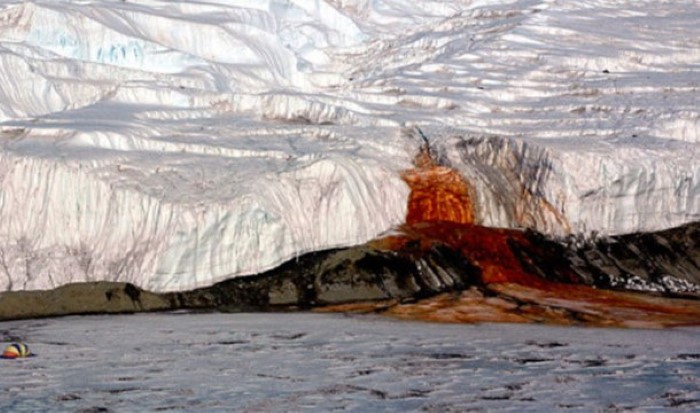 6. Blue lava – When the sulfuric gases in lava combust at a particularly high temperature, the lava turns blue. It’s especially visible at night. 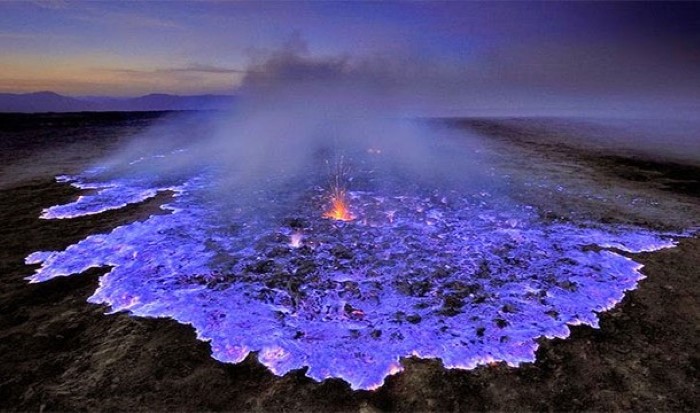 7. Living rocks – These Weird sea creatures from Chile are completely immobile like rocks and can self-breed. What a fun life they must have! 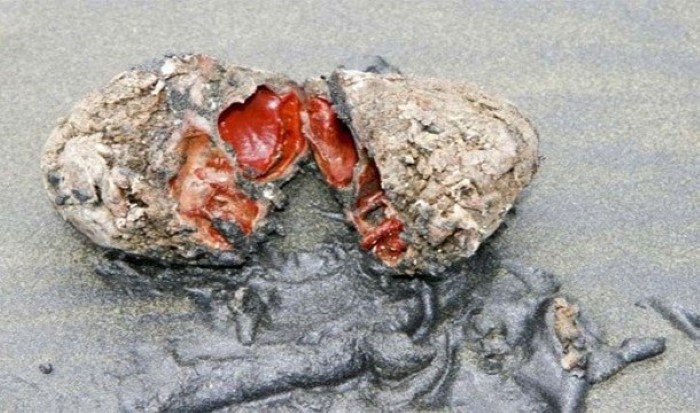 8. Webbed trees – When monsoon season hits Pakistan, spiders hide out in trees. And their webs can create tremendous beauty – check it out! 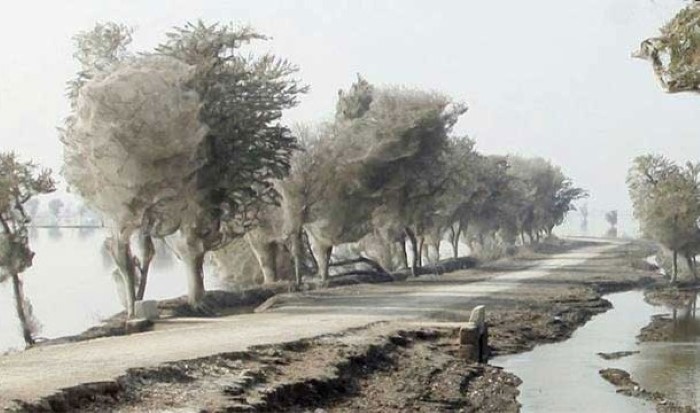 9. The calcified lake of Tanzania – There’s so much soda and salt in Lake Natron that it cannot support life. In fact, it kills animals in double quick time and preserves their bodies. 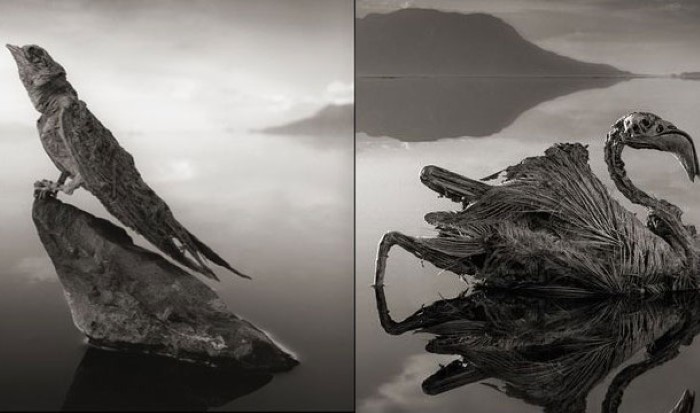 10. Danxia Landforms – These remarkable Chinese landscapes are the result of thousands of years of different mineral build ups. 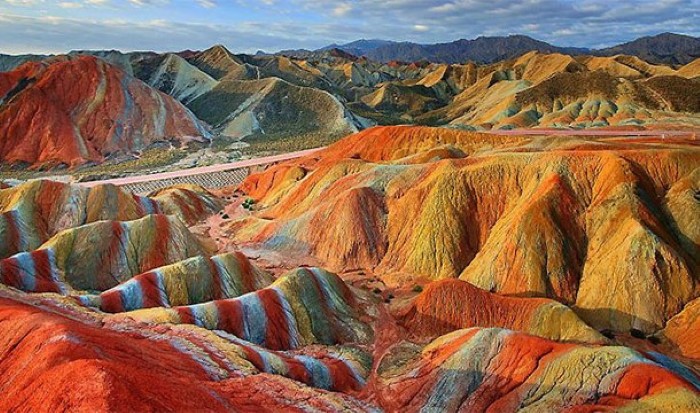 11. Lenticular clouds – They may look like mountain hats but they’re actually clouds that occur when moist air congregates at the top of a mountain. 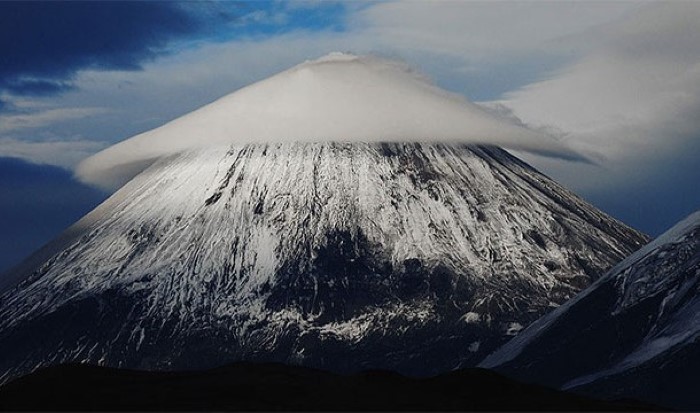 12. Horsetail Falls – Yosemite National Park is built on top of a volcano. But this is lava pouring off the cliff top, this is the sun’s light being reflected off a waterfall. 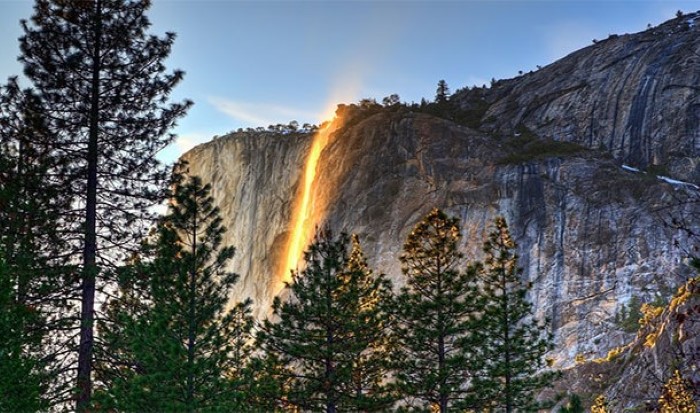 13. Hair ice – If there’s certain bacteria present in some plants, when water escapes them naturally – in freezing conditions – ‘hair ice’ like this can be seen. 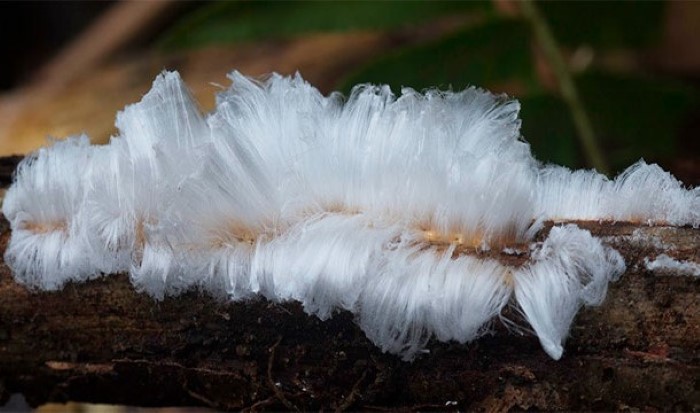 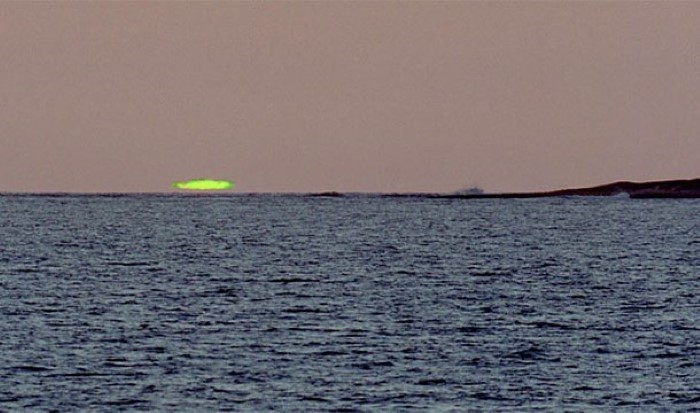 15. Frost flowers – When water and atmosphere temperatures differ significantly in Arctic conditions, these funny little things form on the surface of the water. 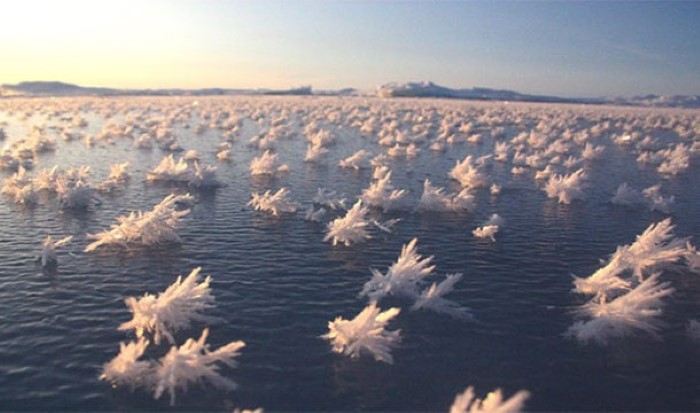 16. Maelstroms – You know the word, but what does it mean? Well, a ‘maelstrom’ is when two tidal waves collide and cause sinkholes in the water that – if big enough – can suck in boats. 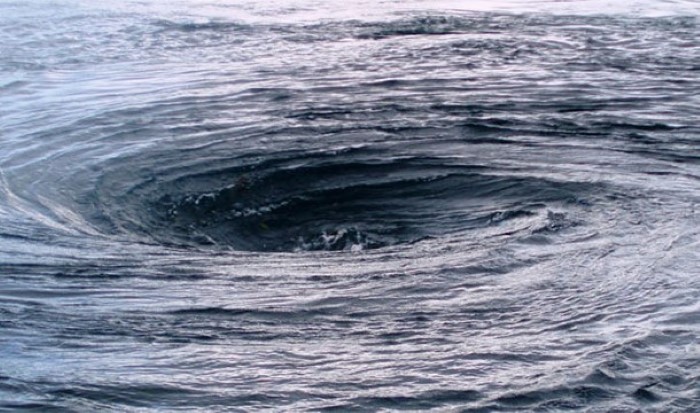 17. Rainbow-coloured trees – Strip away the bark of the Australian Eucalyptus tree and you’ll see a quite staggering sight. 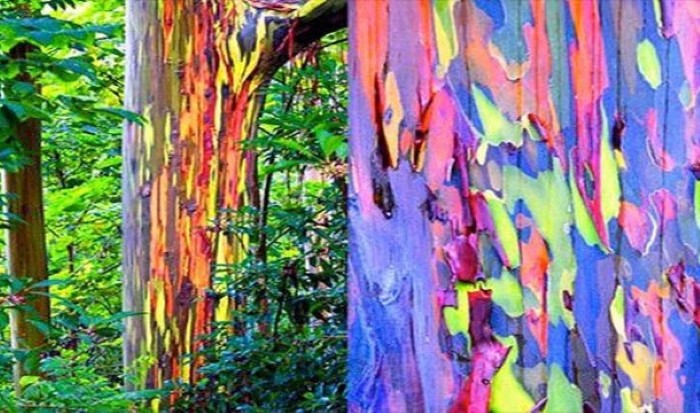 18. Mass crab migration – Here some of the 100-odd MILLION mass-migrating red crabs that are off to the sea on Christmas Island. 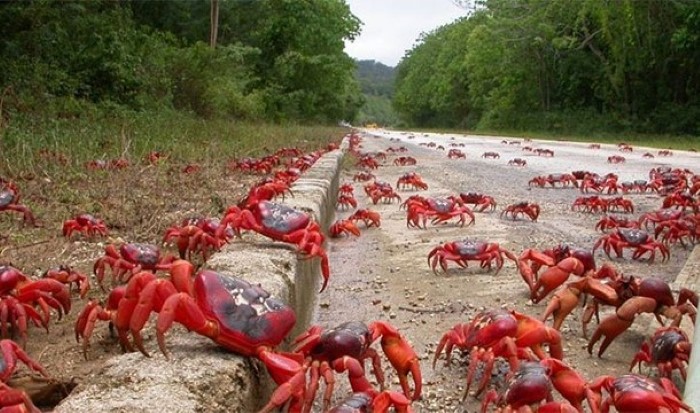 19. Steam towers – These strange geothermal wonders can be found alongside the magnificent Northern Lights. 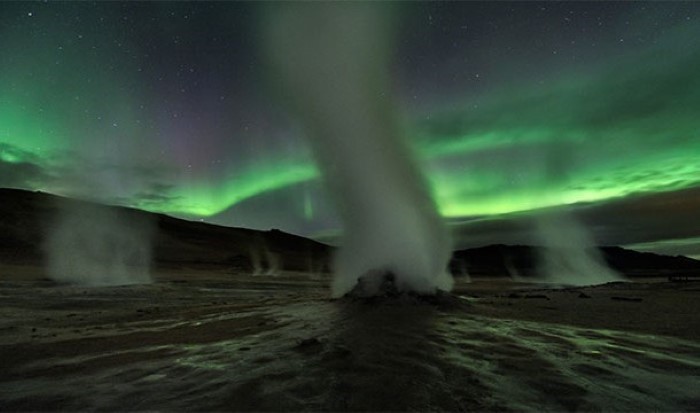 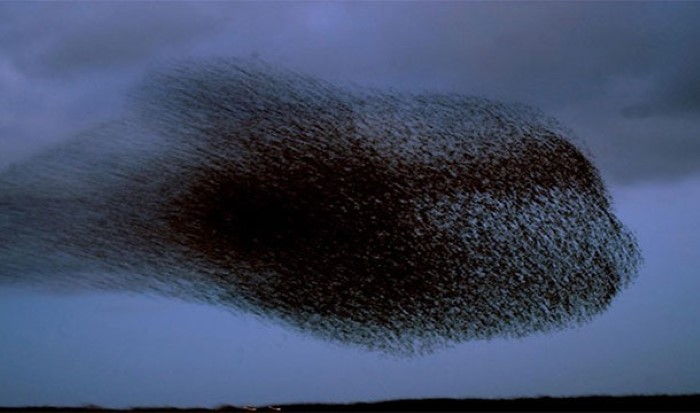 21. White rainbows – Like a normal rainbow, but with light reflected from the moon, not the sun. 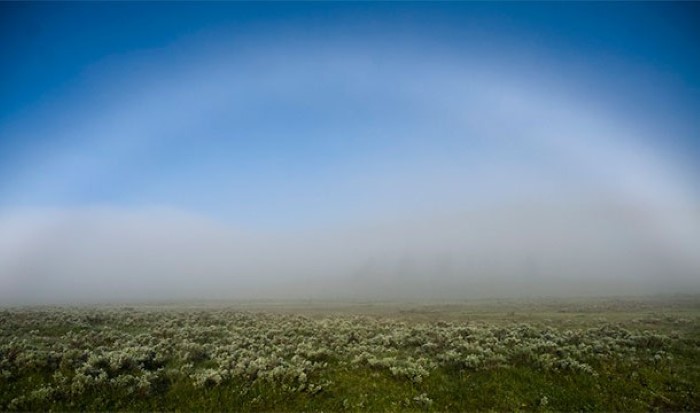 22. Volcanic lightning! All Hell’s let loose when a volcano erupts… So much in the way of static and electrical charge is released, THIS can happen… 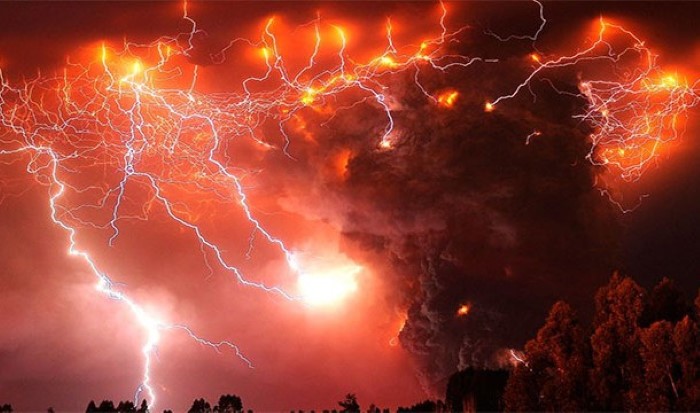 23. Underwater waterfalls – Sudden drops in the ocean bed can look quite magical, like this one in Mauritius. 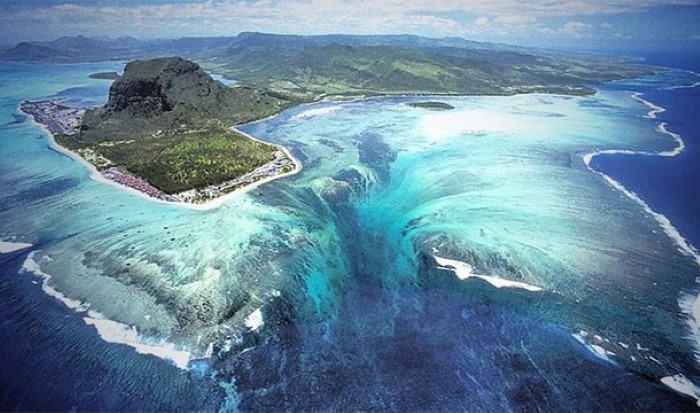 24. Never ending storms – The river Catatumbo in Venezuela has unique weather conditions that can cause non-stop storms for up to six months. 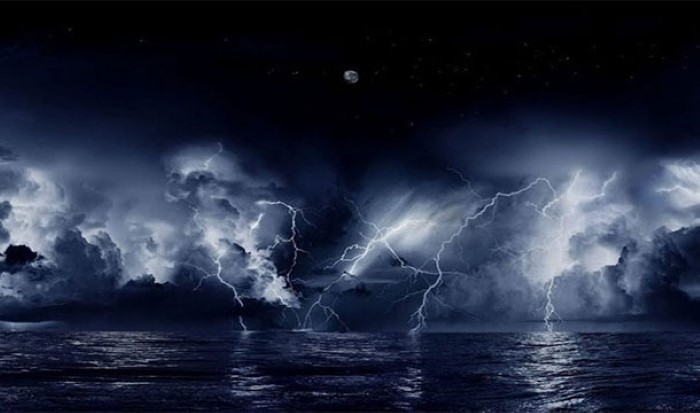 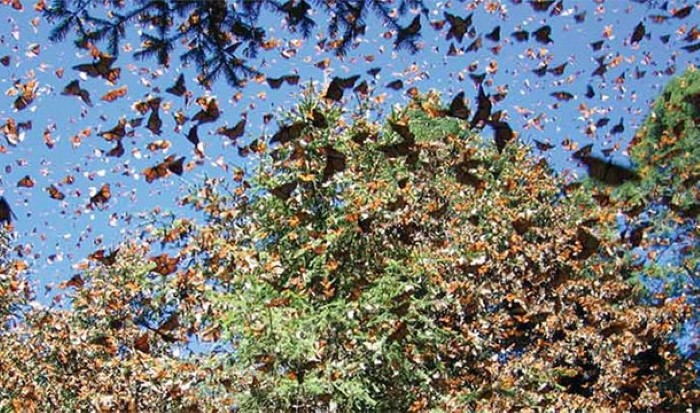 26. The flowering desert – Every spring in this Chilean desert, a heavy rainfall encourages desert flowers to grow. 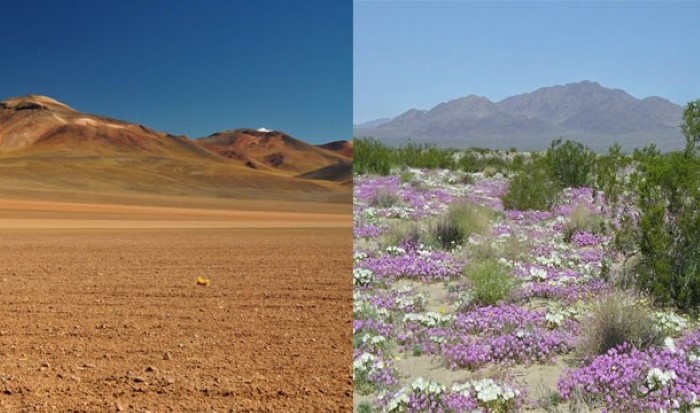 27. ‘Sky Punch’ (aka Fallstreaks) – When the water temperature of a cloud is at freezing, but it hasn’t actually frozen yet, these odd-looking things occur… 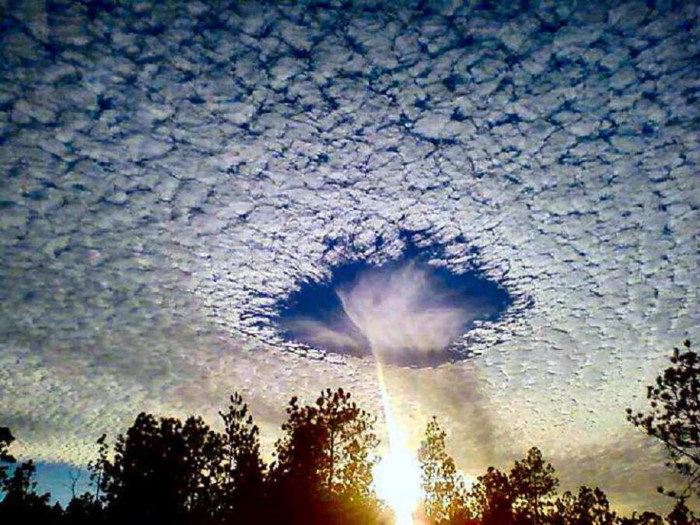 We love nature, don’t you? Sure you do. And if your friends do too, why not share this beauty with them today?