You know what it’s like when you’re a ‘korfball’ referee, don’t you? It’s all blowing your whistle and, er, ‘korfing’? Alright, okay – you’ve got us. We don’t really know anything about the Dutch sport of korfball. After a quick Googling, we found out that it’s a mixed-sex sport a bit like netball or basketball but with a hoop in the middle of the court.

ANYWAY – why are we talking about this relatively obscure sport? Well, because we found an hilarious clip of a referee finding himself in a rather compromising – not to mention rather awkward – position with one of the women playing! 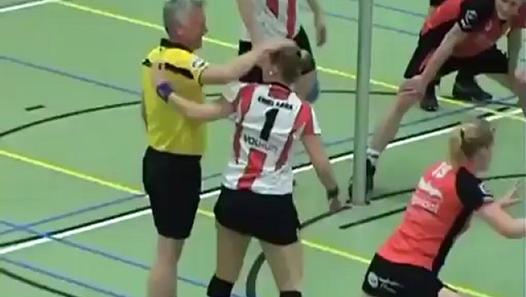 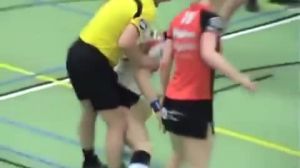 The weird thing is, when he falls into her – he doesn’t really make any immediate moves to shift away. I know – weird, right?! Have a watch – it’s pretty funny!

What do you think he was doing? It was just an accident, wasn’t it? WASN’T IT?!