It’s the music video that everyone’s talking about, isn’t it? The ‘Three Random Guys’ who happened upon each other and improvised an amazing performance of ‘Sometimes I Just Don’t Know’.

The video was such a smash hit, it spawned some interesting covers and additions to the original. You may well have seen the awesome bassist MonoNeon’s version here on BoredomBash. And now we’d like to present to you a fantastic cover version by the Brazilian musician Robson Anselmo… 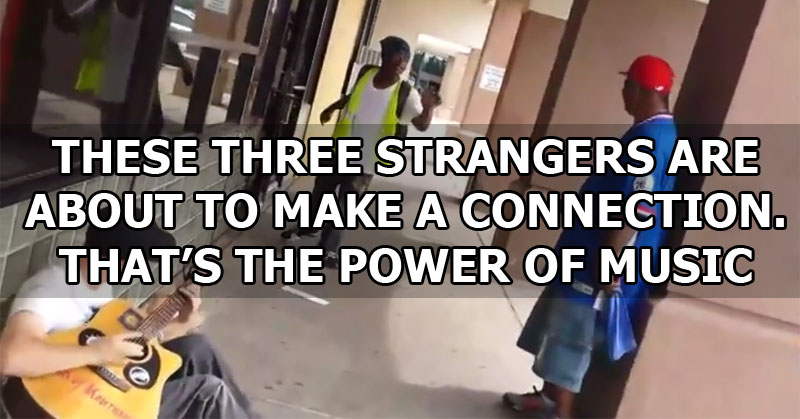 Robson tells us about when he first watched them:

“The first time I saw the video with the three guys jammin’ and improvising music on the street, my initial feeling was that the video had a really great message to share with everyone. I think it really shows the incredible power of music. I think that music is the international language of everyone. People can talk to each other without being from the same ethnicity or race, country or religion.”

“One day recently I was talking to my brother and we got the idea to record a cover of ‘Three Random Guys’ and their fantastic song, but with images that might pas on the message we felt at the time we saw the video. It just happened, we made it and posted on Youtube. So we want to share it with other people what we were feeling at the time. We had the idea to sample ‘Where is the Love’ by The Black Eyed Peas because we think it’s all about the same thing – it’s all about love, it’s all about music!”

Check out Robson in action. Trust us – he’s gonna be big!

Cool, isn’t it? And a beautiful video too. Why not help Robson share his message by passing his version on to anyone you think might like it?