There’s a new rap beef. Well, 50% of the beef is rap. The other half? Presidential. That’s right, a rapper and Trump are going at it. It’s Snoop Dogg and President Trump is so angry with him, he’s suggested he should even go to jail…

But what did the lanky lyric-spitter do to fire up Don’s belly so much? Well, it’s all about Snoop’s new video. In it, the rapper shoots Trump. With a clown ‘Bang!’ gun, but still. He’s suggests at an assassination.

“Can you imagine what the outcry would be if @SnoopDogg, failing career and all, had aimed and fired the gun at President Obama?” Trump tweeted. “Jail time!”

Trump’s lawyer Michael Cohen also condemned the rapper, saying: “It’s totally disgraceful. Snoop owes the president an apology,” Cohen said. “There’s absolutely nothing funny about an assassination attempt on a president, and I’m really shocked at him, because I thought he was better than that.”

“These people have to respect the office of the presidency. Just because you want to hide behind the guise of artistic capabilities or artistic freedom of speech doesn’t make it right. Snoop knows that, and he played very close to the line here.” 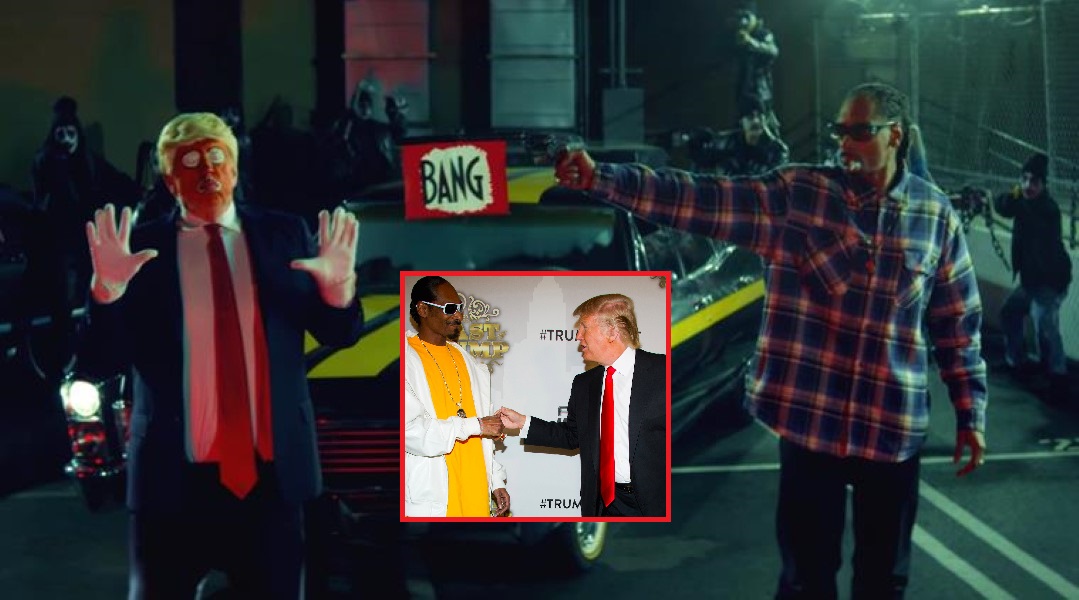 Snoop’s had his say on the controversy too…

“When I be putting sh*t out, I don’t ever expect or look for a reaction. I just put it out because I feel like it’s something that’s missing. Any time I drop something, I’m trying to fill in a void.”

“I feel like it’s a lot of people making cool records, having fun, partying, but nobody’s dealing with the real issue with this f*cking clown as president, and the sh*t that we dealing with out here, so I wanted to take time out to push pause on a party record and make one of these records for the time being.”

Here’s more on the video that’s got Trump fuming, including the offending clip itself:

And here is how President Trump responded on Twitter:

Can you imagine what the outcry would be if @SnoopDogg, failing career and all, had aimed and fired the gun at President Obama? Jail time!