You’ll no doubt have heard about the three strangers who started jammin in the street recently. You’ve probably even seen the video. And you probably thought it couldn’t get any better… Well, you may have to think again!

Introducing… MonoNeon. He’s taken the original song and added an extra layer of bass to it. And the results are amazing!

MonoNeon is a bassist and somewhat of a experimental musician who’s based out of Memphis, Tennessee (yep, home of The King himself, Elvis Presley). He has been playing bass guitar since the tender age of just 4 years old. MonoNeon is known for his presence on the internet, posting videos playing bass guitar and displaying his art. He has a variety of videos from Microtonal, Gospel, Pop, Southern-Soul, John Cage…

He has a pretty distinctive look too. ‘Neon’ by name, neon by nature! 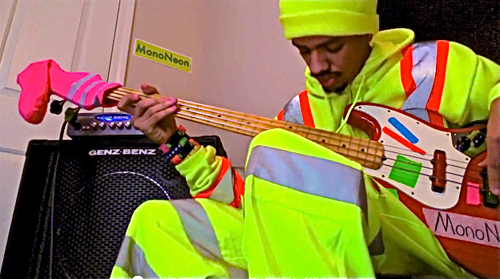 Dywane Thomas Jr. – as he’s known on his birth certificate – isn’t just a hit on the world wide web. The bass extraordinaire has worked on some big albums too. Most notably, on R’nB megastar Ne-Yo’s fourth album, ‘Libra Scale’. Not bad for the CV, is it? 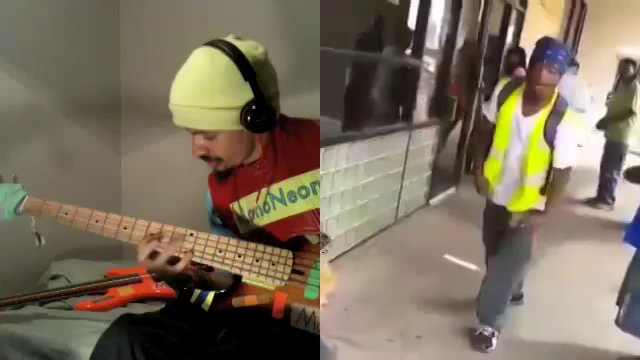 If his style looks a little strange, it’s because Mono goes ‘Hendrix’ with his bass – he plays left-handed, with a right-handed guitar held upside down. Check out the video for yourself – you’ll love it: