We’ve told you about rainbombs, or microbursts, here at BB before. This is the weather phenomenon where hot air rises and mixes with heavy rain-bearing clouds. This hot air then evaporates the water in the cloud, causing a swift cooling of the air around it, which starts to sink. The descending cool air pulls the remaining raindrops with it, creating an extreme downpour.

Well, an incredible instance of this phenomenon has been caught on camera. Helicopter pilot Jerry Ferguson was out filming for his local news channel when he caught sight of an enormous microburst. He quickly took out his camera and caught the amazing incident on film. 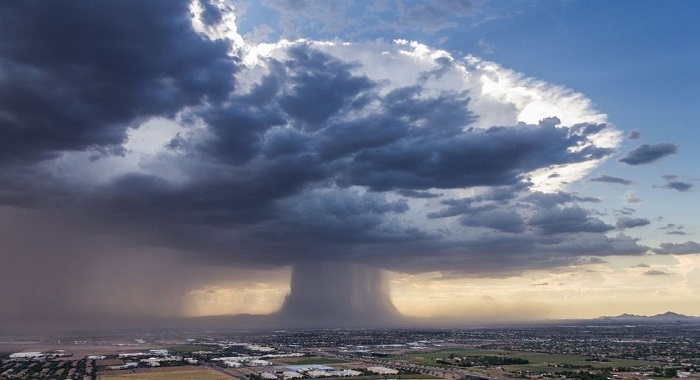 The images, which look like something out of the apocalypse, were taken over Phoenix, Arizona. We dread to think how wet those people underneath it got! Joking aside, microbursts are one of the most dangerous meteorological occurrences about, and have caused a number of plane crashes, most famously Delta Flight 191 in 1985. 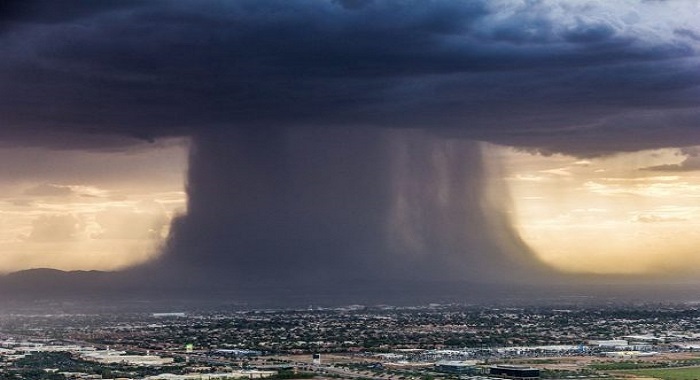 Have you ever experienced such amazing weather first hand? Let us know…