This is Tuffy. Tuffy is a semi-feral cat that lives in Vancouver. For months, Tuffy had been coming to a local man’s house for his meals. As soon as meal time came around, Tuffy would appear from the bushes, patiently waiting for his own little bowl of food. However, one day when he turned up, the man knew that something was wrong. 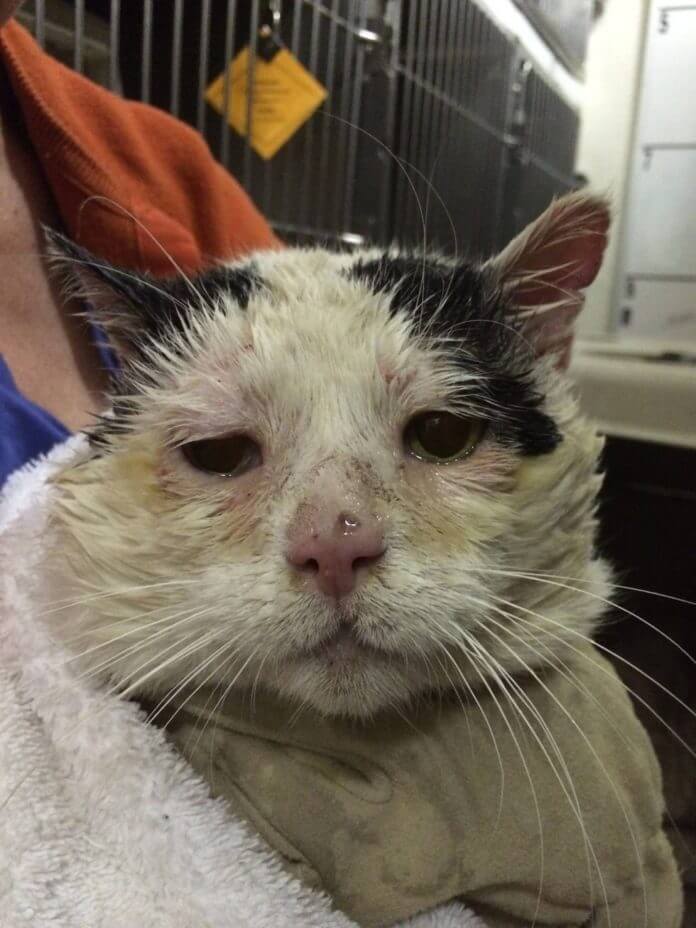 Tuffy was covered in sores, and mucus was weeping from his eyes and nose. The man knew he needed to act, so lured Tuffy into a cat carrier and immediately took him to the Vancouver Orphan Kitten Rescue Association (VOKRA). Vets at the center examined the cat, and discovered that his sinuses were blocked, and his eyes were infected. Despite being semi-feral, Tuffy allowed workers at VOKRA to clean up his infected area. 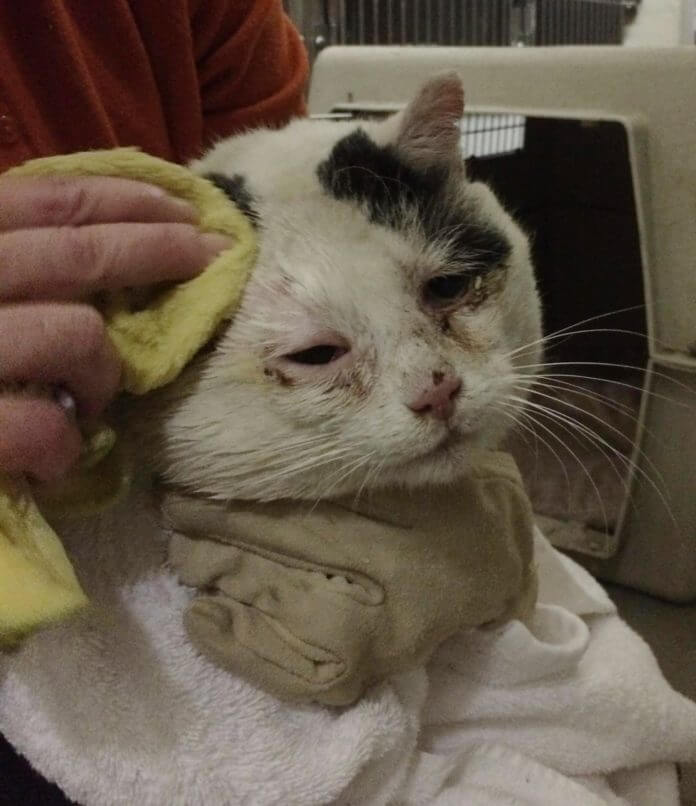 Once that was done, they gave Tuffy medicine, and applied antibiotic cream. They also removed any matted fur, and gave him flea treatment. 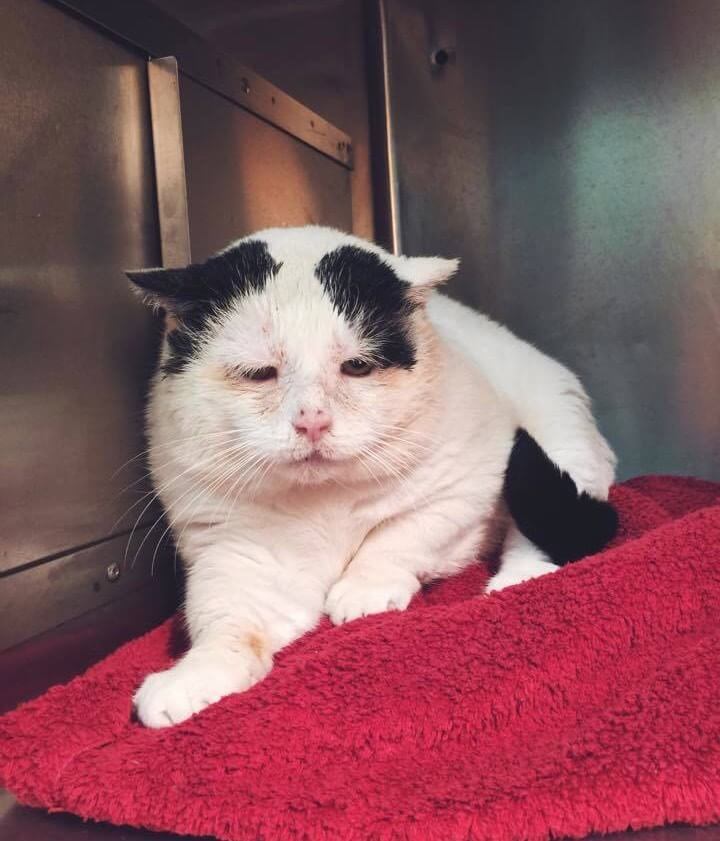 After about a week at the center, Tuffy’s condition began to improve. He was on a course of antibiotics for his infection, and needed a special cream applied to his eyes daily. He remained calm, and allowed the workers to pet and stroke him. 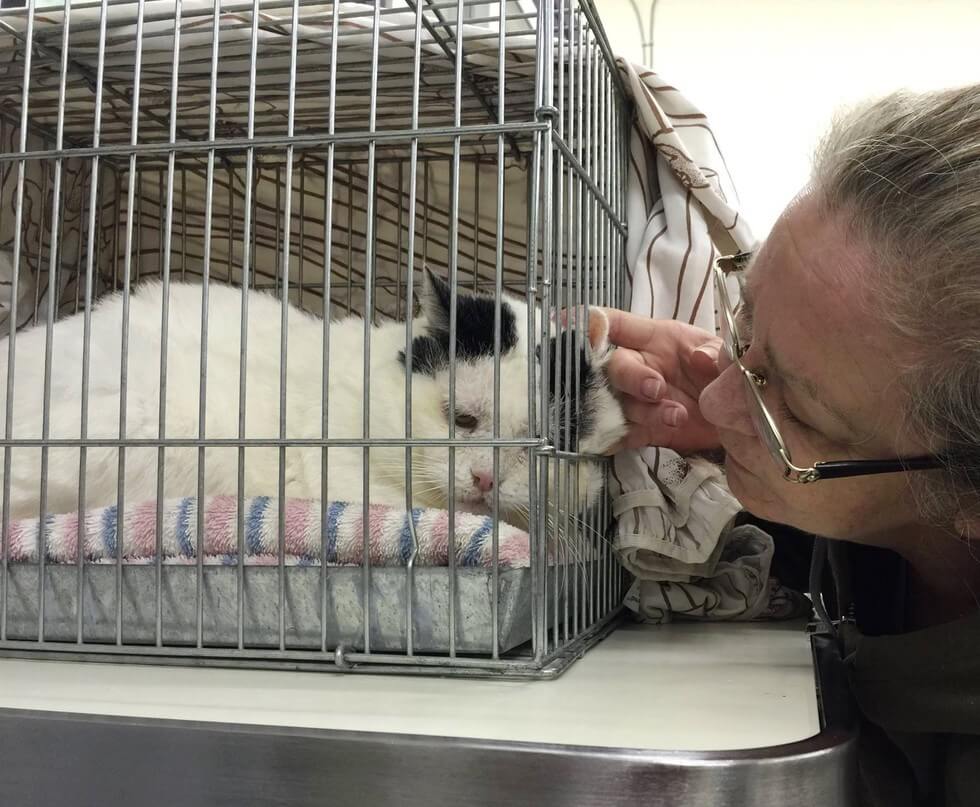 Tuffy made a full recovery, and was neutered and got dental care. But there was a problem. Tuffy tested positive for FIV. This meant he needed regular medicine and could not live in the wild. But he was also too feral to live in someone’s home. 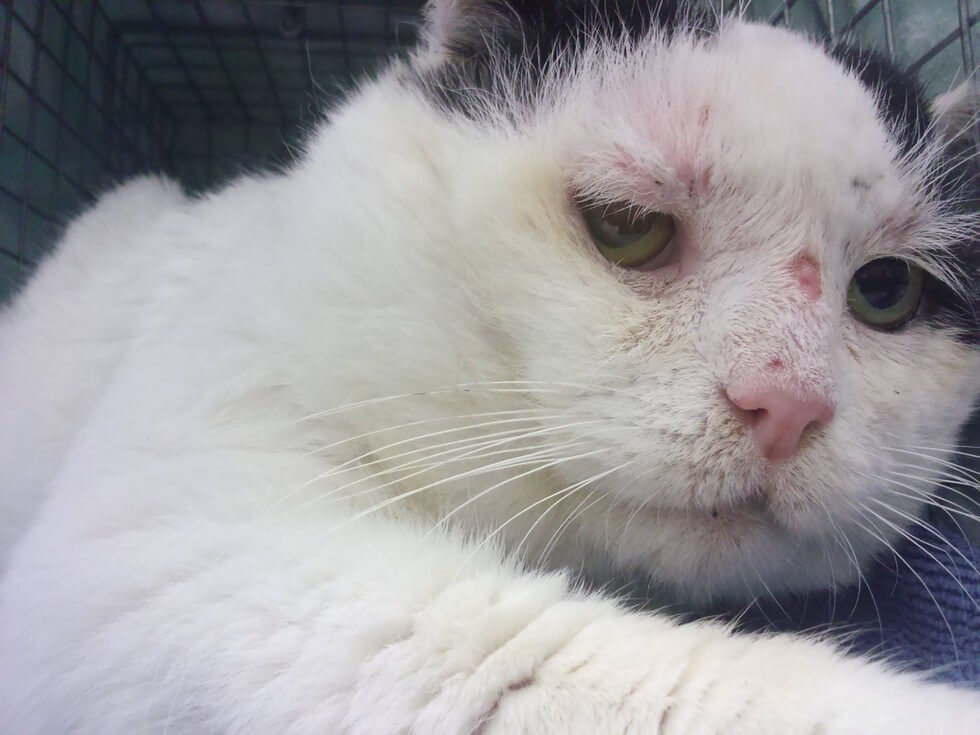 The solution? Tuffy was taken in by Katie’s Place Rescue Shelter, in Maple Ridge, BC, where he now lives with a bunch of other cats with FIV. We hope he enjoys the rest of his days at the sanctuary.