Groblersdal, Limpopo, South Africa. A hungry snake spots some lunch and goes for the kill. But the meal turned out to be a little too much for him and he was forced to regurgitate the food. Why? Well, because that food… Was an antelope. A whole antelope. This is one seriously ambitious python we’re dealing with here!

It may a beast of a snake at almost four meters long, but there’s no way even a snake that big can digest a beast the scale of an damn antelope… Still, you’ve got to praise him for trying, right?

Local man Jaco Kotze caught the crazy incident on film after he spotted what was going down on his farm. 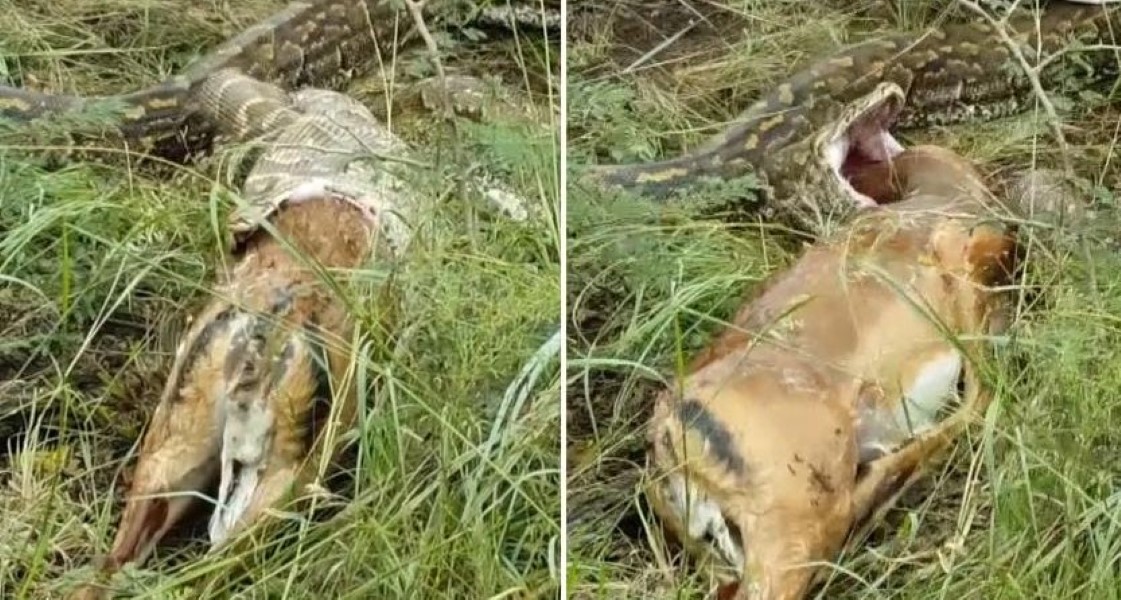 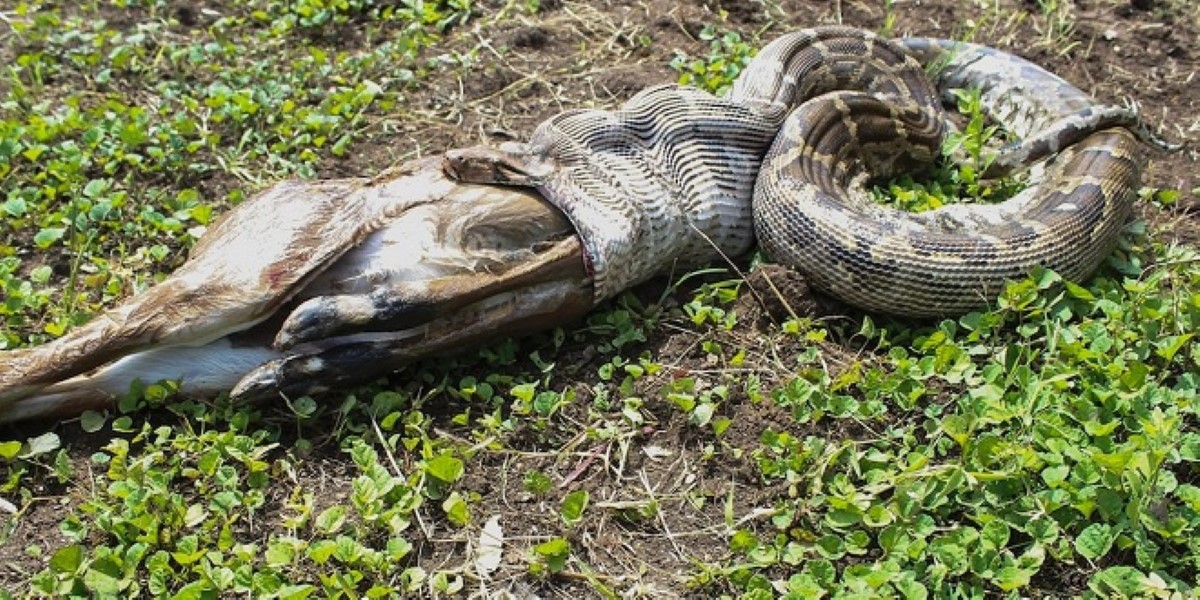 It’s gross, but hey – most of nature kinda is. See for yourself: