A brown bear held in captivity at a restaurant in Albania has finally been freed after his tragic story went viral. The animal, nicknamed the “world’s saddest bear,” was captured from the wild two years ago, and forced to live in a tiny cage, existing on bread and beer, thrown by restaurant diners, alone.

But, after pressure from around the world, the Albanian government has finally intervened, and the bear, called Tomi, has been sent Tirana Zoo to be checked by vets. Once given the all-clear, he will be taken in by a sanctuary in neighbouring Kosovo. 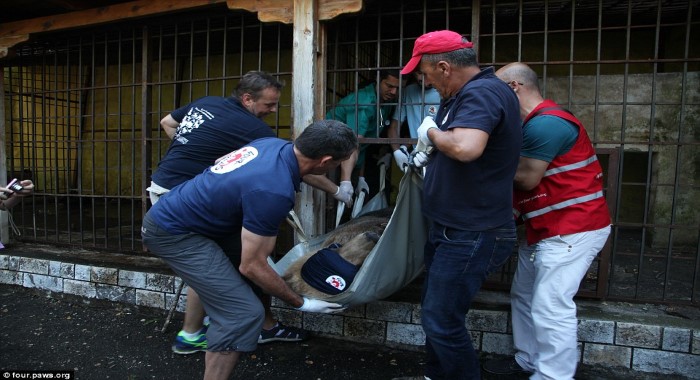 Carsten Hertwig, who is a bear expert at the sanctuary helped coordinate the rescue. He said:

“Tomi is in a very poor state. His teeth are badly damaged, and he has injuries to his upper body. It’s high time he was brought out of this horrible place. In our bear sanctuary, he’ll receive first-class veterinary care and be able to live a life fit for a bear, in a large enclosure providing a habitat much closer to his natural environment, with grass, trees, and activities to keep him busy.” 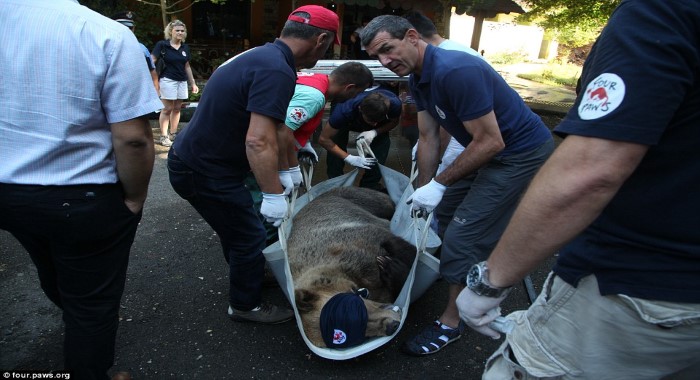 Tomi had been roaming the mountains 40 miles north of Tirana, the Albanian capital, when the restaurant owner paid a vet to tranquilize him, and bring him down to the venue to serve as a tourist attraction. He was placed in a tiny cage and existed solely on scraps thrown by the customers, as well as the odd beer. 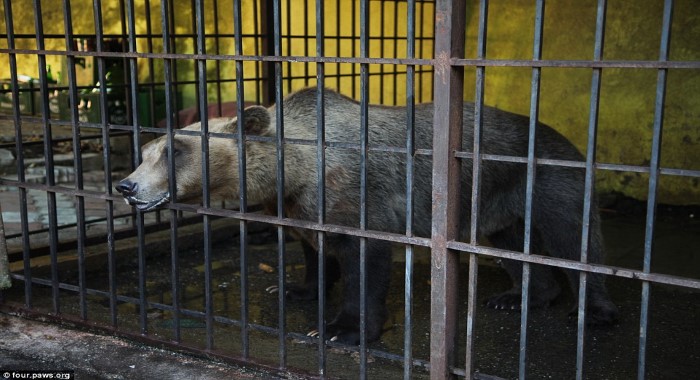 By the time the rescuers reached him, Tomi was in such distress that he appeared to be engaging in self-harming behaviour. 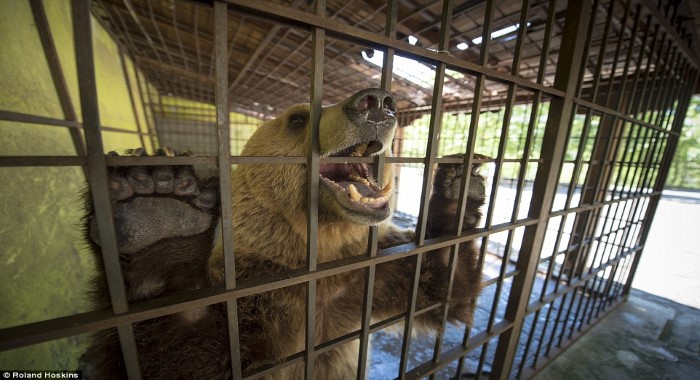 Tomi will have to spend a few weeks in the zoo before his move to the sanctuary can be finalized. Hertwig said: “We had to get Tomi to safety first. Now we’ve micro-chipped him we can finalise the papers allowing him to be taken out of the country. As soon as we get approval, we hope to take him to Prishtina.”

We hope that the rest of his life is a happy and stress free one.