The late, great Australian crocodile expert Steve Irwin caused a bit of controversy back in 2004 when he  famously carried his one-month-old son in one arm while hand-feeding a chicken carcass to a 3.8-metre salt-water crocodile, but that’s absolutely nothing in comparison to these photographs of early 1900s visitors to a Los Angeles Alligator Farm.

The park was a major tourist attraction between 1907 and 1953, when people presumably got wise to the fact that alligators were a lot more dangerous than dolphins and didn’t really enjoy swimming with members of the public.

As these photos from the 1920s show, the visitors thought nothing of eating lunch with the fearsome creatures: 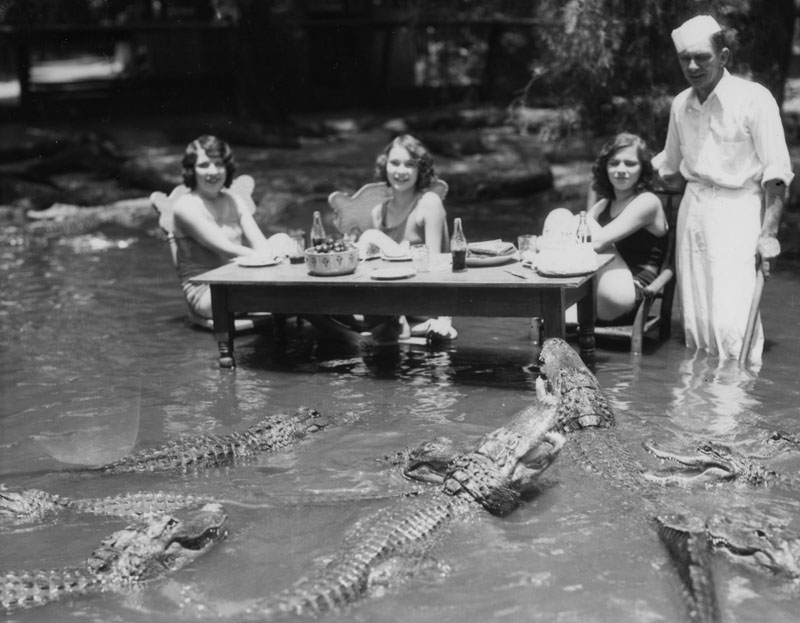 …or even letting their toddler wander up and play with them. Amazingly, this little boy survived the encounter, despite the fact that alligators are opportunistic hunters who usually think nothing of snatching children who stray too close to the water. 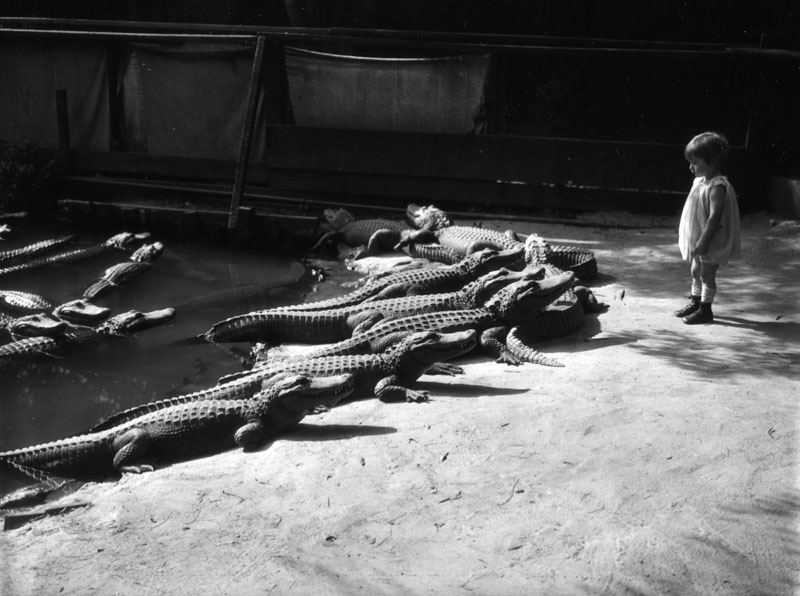 They even let their dogs play with fully grown alligators. Alligators that are accustomed to people might become quite tame, but they’re unpredictable and could attack if startled. That dog was very lucky! 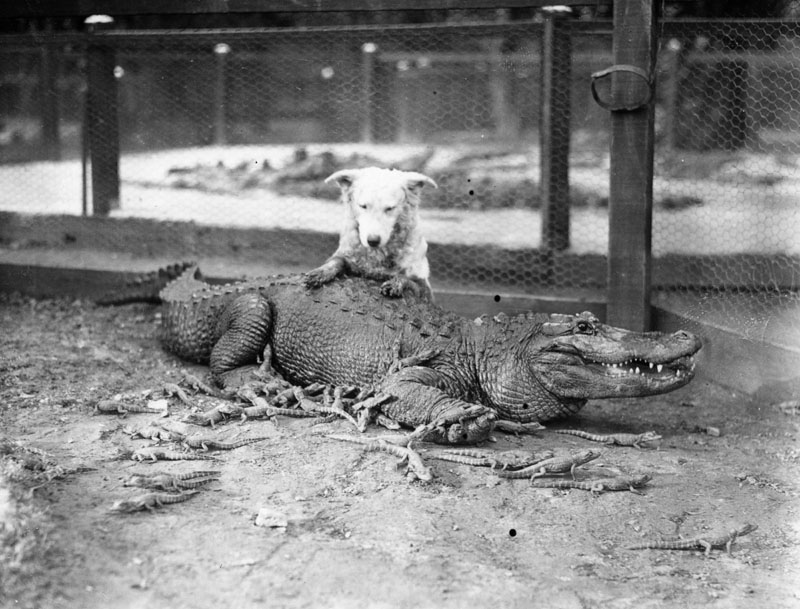 Baby alligators are a lot less scary, but you still have to wonder why someone would think this was a fun way to spend a Saturday afternoon. It’s not as if she could tag herself on Facebook. 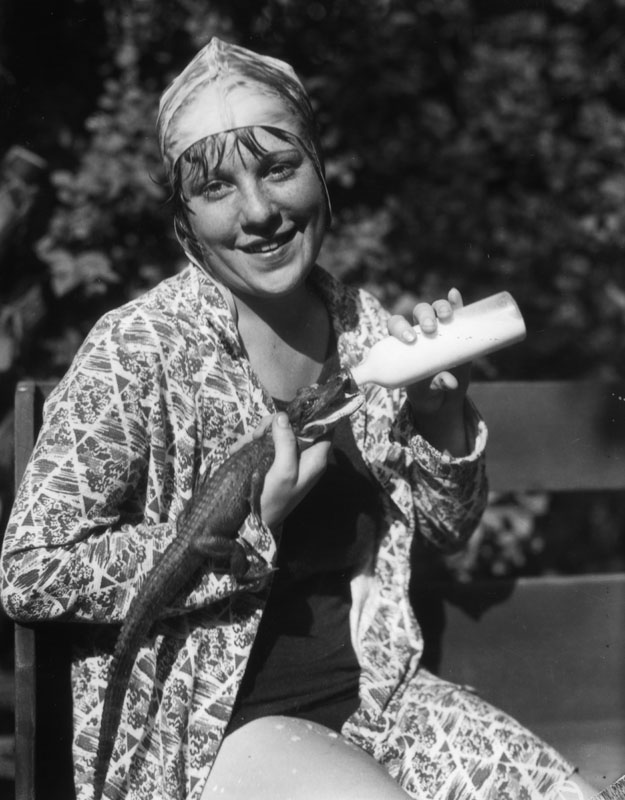 Incidentally, this is not an acceptable way to handle baby alligators. Not cool, random 1900s women. Not cool. 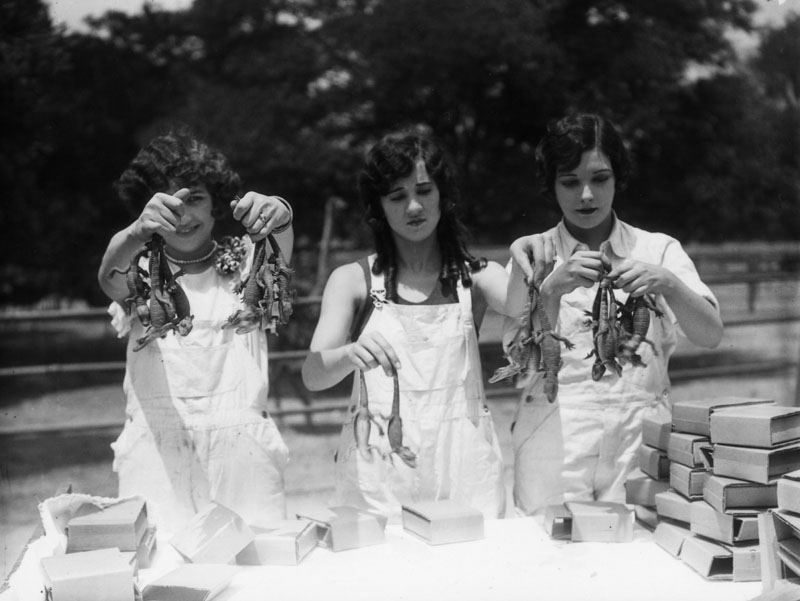 These babies look much happier with their new furry friend. Let’s hope he didn’t turn the tables and eat any of them!

Some people even posed while RIDING the fully grown animals. Let’s hope this visitor had a good grip, as alligators have extremely strong jaws! 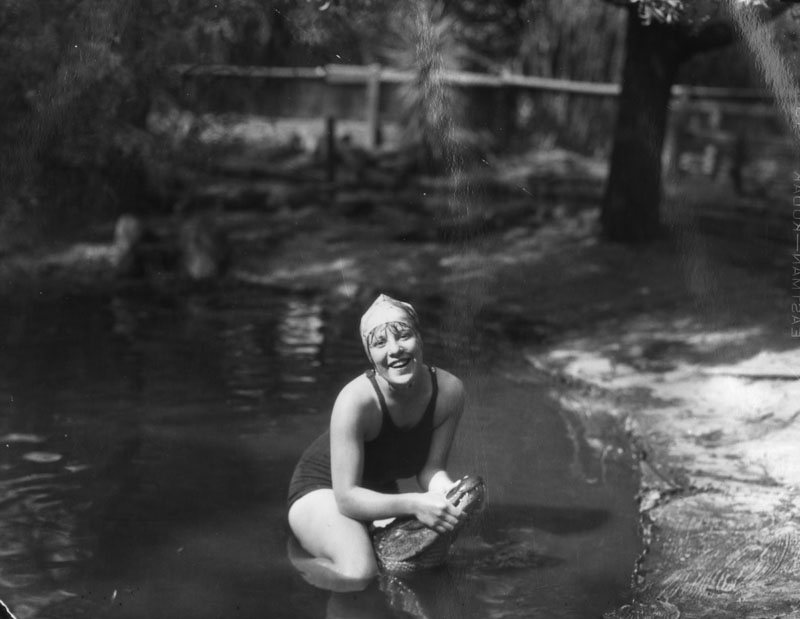 So, would you visit?