Staff Sergeant Jose Luis Sanchez was on a tour of Afghanistan with his buddies in 2011 when he stood on an IED and it blew off a lot of his right leg. Sanchez wondered that day if he might die. He didn’t. If anything he grew stronger. Mentally, at least.

Only he’s just run a marathon. Wearing a prosthetic leg, he completed the Boston Marathon and all while waving the ol’ Stars’ n’ Stripes… It wasn’t easy for him, but he completed the race. And in five hours, 21 minutes and 56 seconds.

“Then five years later I opened it up and I read the stories and the inspiration which they wrote for me to get well, to get better. Instead of putting it away I wanted to fly the flag again in their honour; for everyone’s sacrifices, and it wasn’t for me, it’s for everyone that’s here fighting day in day out.” 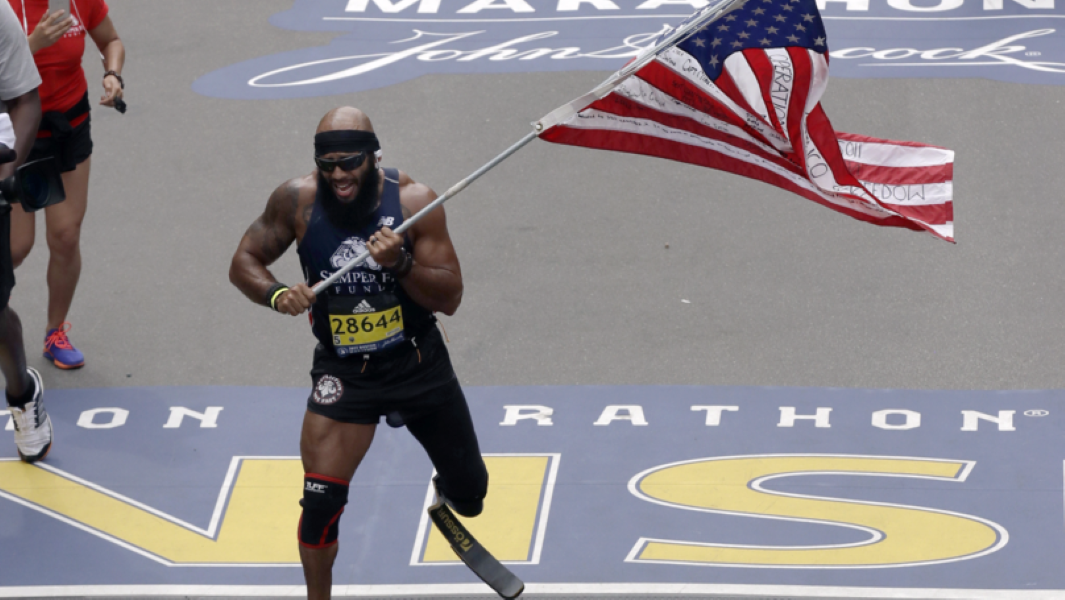 “So I’ve learned that throughout being angry, frustrated with all that PTSD, I’m channelling it to something positive to give back whatever I’ve taken away from the community.”

“Never had I thought just a spur-of-the-moment thing would blow up like this.”

Here is Sanchez impressing everyone as he crossed the line. What a hero…

VIDEO OF THE DAY?!
Man running #BostonMarathon w/ prosthetic leg picks up his guide & carries her on his back to finish line w/Am Flag#wbz pic.twitter.com/HI8MYiIzX1