A group of middle-school basketball players have walked off the court in the middle of a game in order to confront a bully who was making bigoted remarks at a cheerleader with down syndrome. The boys were playing for the Lincoln Middle School Team, Wisconsin, when they became aware of an individual in the crowd directing derogatory comments towards Desiree Andrews, who is a cheerleader for the side.

Eighth-graders Miles Rodriguez, Chase Vasquez and Scooter Terrien stormed off the court to confront the bully.

“We walked off the court and went to the bullies and told them to stop because that’s not right to be mean to another person…We were mad; we didn’t like that. We asked our sports director to talk to the people and tell them not to make fun of her.” Rodriguez told the local media. 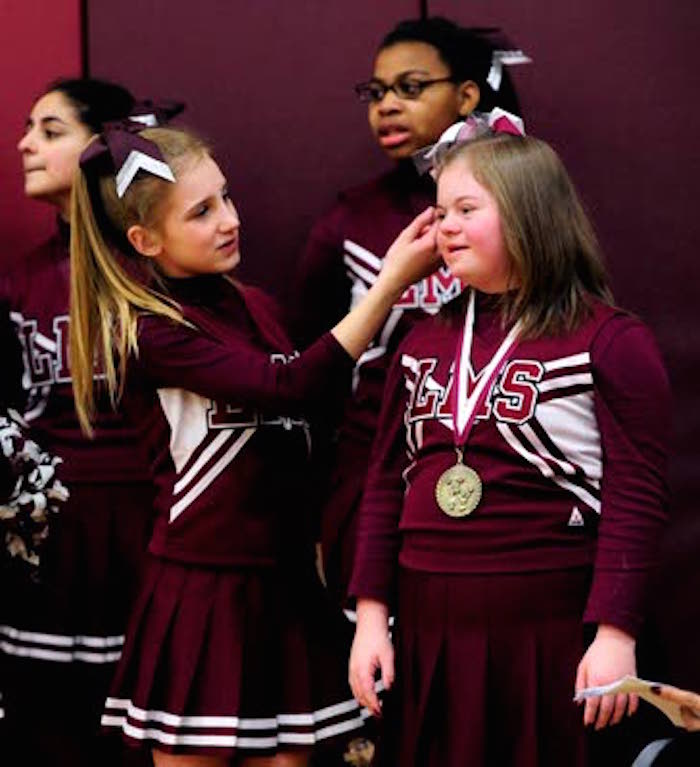 Both the Athletic Director, Tim Nieman, and coach Brandon Morris, praised the actions of the three, with Nieman stating that “It truly does take a village to do great things.”

Lincoln Middle School are very proud of Desiree, and have even renamed the gym “D’s House” in her honor. Students also wear T-Shirts celebrating her inclusion with the team. Her father told the local media that she was inspired to join the team after watching an episode of Glee:

Well done to Miles, Chase and Scooter for confronting the cowardly bully, and well done Desiree for being such an inspiration! 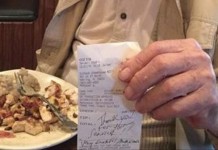