What’s the biggest fish in the world? Well, sizes of all species vary, but you can’t look much beyond the sunfish (or, to give it its Latin name – the Mola mola), a member of the order known as Tetraodontiformes. These things are giants of the deep and dwarf almost everything else in the ocean. 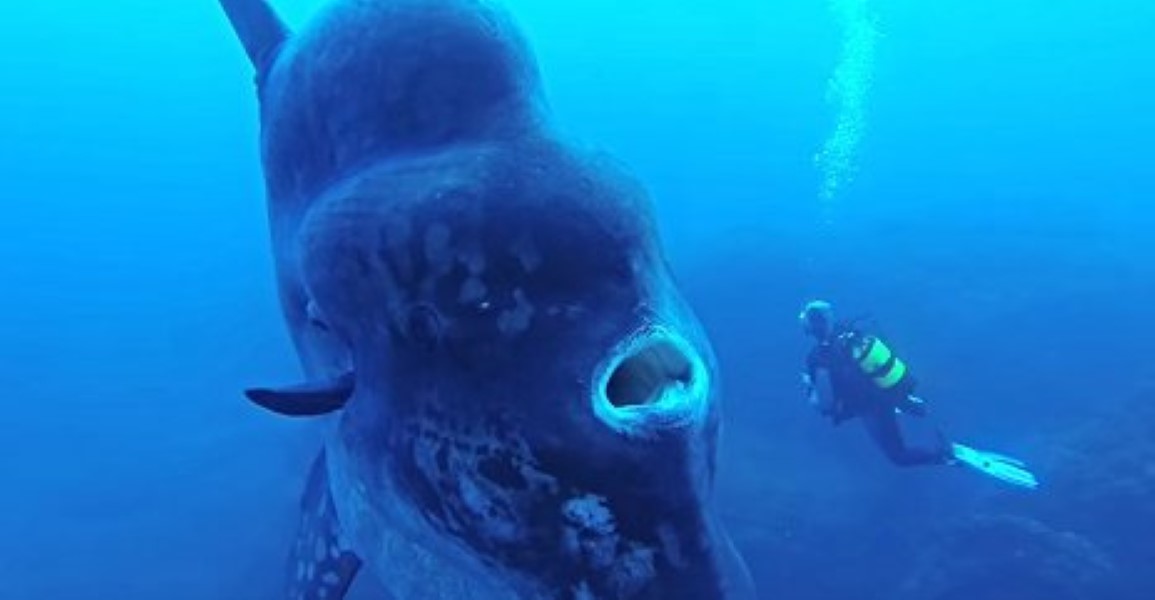 They survive on zooplankton-type lifeforms and jellyfish, squid, Portuguese man-o-war, sponges and any other small fish that swim into their giant mouths.

To see these aquatic mammoths swimming next to people is just insane. If you think you’ve some crazy things in the sea before – forget it. This is just breathtaking footage.

Have a look for yourself: