A shocking video has emerged showing a man throwing a boy off a 3 storey bridge, whilst the child’s mother stands by watching! Onlookers at the Wynoochee River in Montesano, Washington State, were left astounded after they witnessed the unidentified man pick up the 4 year old and hurl him from the 27 foot railway bridge.

“He was screaming and crying — it was terrible,” witness Brianna Jones told local station KING 5. 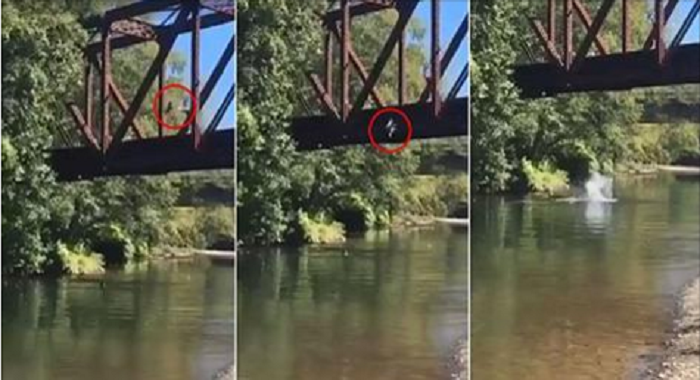 “As soon as he hit the water, my heart sank, I felt so bad, I didn’t know what to do. I saw the little boy and I had a gut feeling. I was like alright I got to start recording this, and as soon as I started recording, he went off.”

Grays Harbor Sheriff’s Office has recommended that the pair, neither of whom have been named, are charged with reckless endangerment, as well as trespassing as the bridge is private property. Child Protective Services have also been involved. The child survived the fall, though it is unknown whether or not he sustained injuries.

Watch a video of the incident below…