Over 300 reindeer in Norway were killed instantly after a single bolt of lightning struck a hillside. The Norwegian Environment Agency estimates that 323 animals, including 70 calves, were killed in the freak accident, which took place on the Hardangervidda mountain plateau.

And now, the agency have released heartbreaking photographs of the aftermath of the disaster… 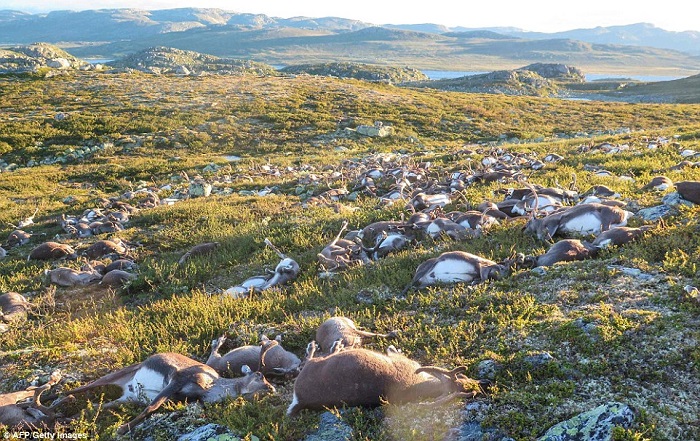 The images show countless reindeer carcasses scattered across the plains of the mountain. The tragedy is believed to have occurred at some point on Friday night. Environment Agency spokesman Kjartan Knutsen said that it is not uncommon for wildlife to be killed by lightning strikes. 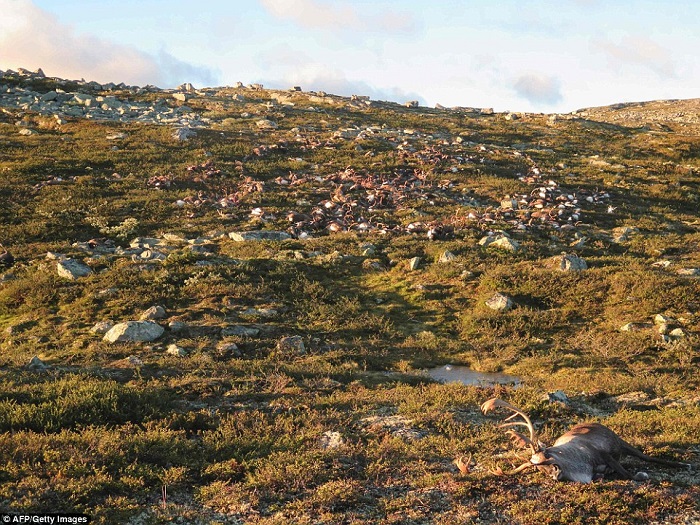 He also explained that during bad weather, deer gather close together, explaining why so many were killed by just one lightning bolt.

The reindeer were in the middle of their annual migration across the barren Hardanangervidda plateau when the tragedy took place. 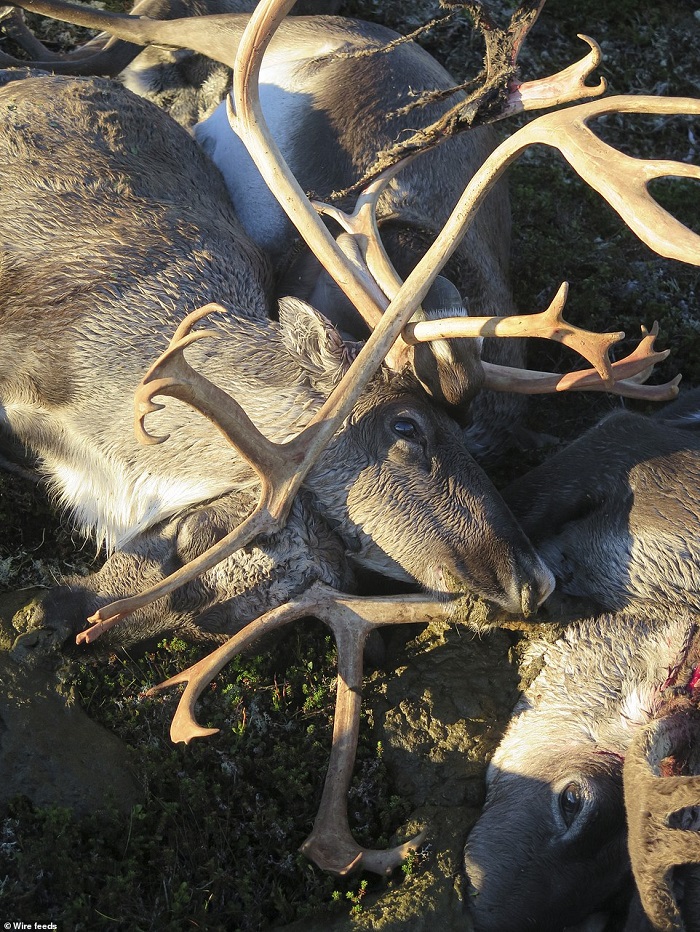 This is the largest death toll from a single bolt of lightning in recorded history. In 2005, 68 cows were killed after lightning struck a dairy farm in Australia.