Clowns. Is there anything in the world creepier than the sighting of one of these ‘entertainers’? Even before Stephen King immortalized them as petrifying in his novel ‘It‘, we knew. There’s just something about them, isn’t there? They’re terrifying, which is why so many people dress up like them for Halloween and pranking other people.

But they truly do enter the realm of the scary when you consider the story we have for you here… Sightings of clowns out and about during the day and night. Unexplained sightings. And what’s most worrying? There have been several reports of these ‘clowns’ attempting to lure children away in wooded areas.

Reports started off in North and South Carolina, but quickly spread. So far Georgia and Alabama have added to the list. Could your neighborhood be next…? 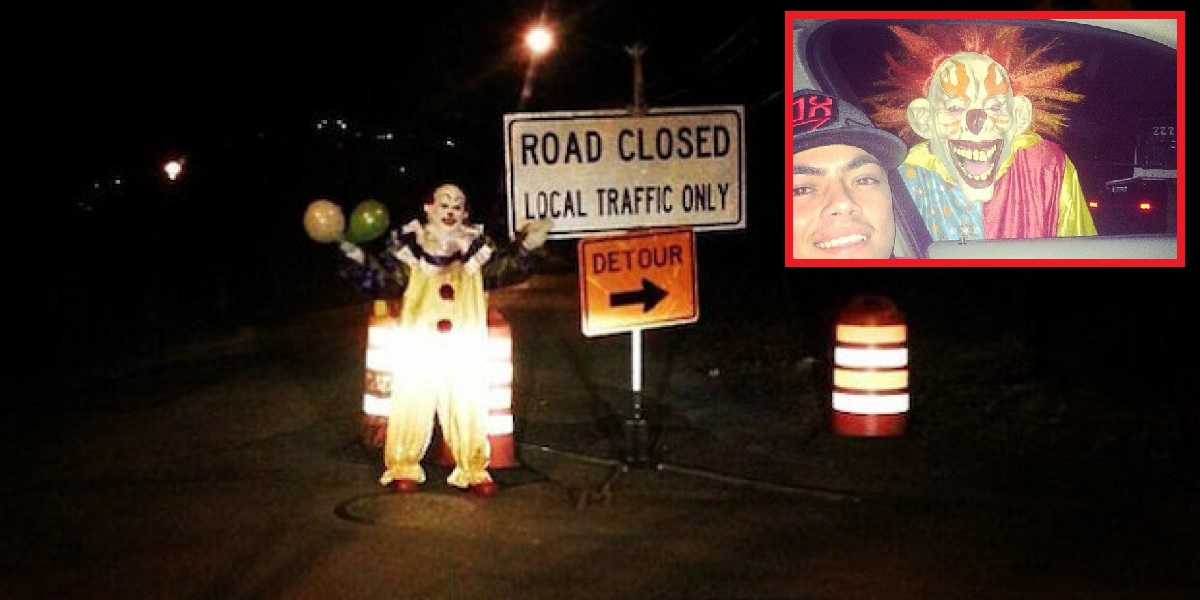 Stephen King himself explains what makes the children’s entertainers just so unsettling: “Kids love clowns, but they also fear them; clowns with their white faces and red lips are so different and so grotesque compared to ‘normal’ people. The clown furor will pass, as these things do, but it will come back, because under the right circumstances, clowns really can be terrifying.”

So, so damn creepy. And genuinely worrying, huh? Here’s more on the story: