A few weeks ago we told you about how Playboy model Dani Mathers had landed herself in hot water for Snapchatting a picture of a naked elderly woman in a gym changing room. Mathers was heavily criticized, and accused of body shaming, and subsequently lost her job, was banned by the gym in question and was reported to the police.

Well now things have gone from bad to worse for Mathers, as she faces the possibility of a jail sentence. 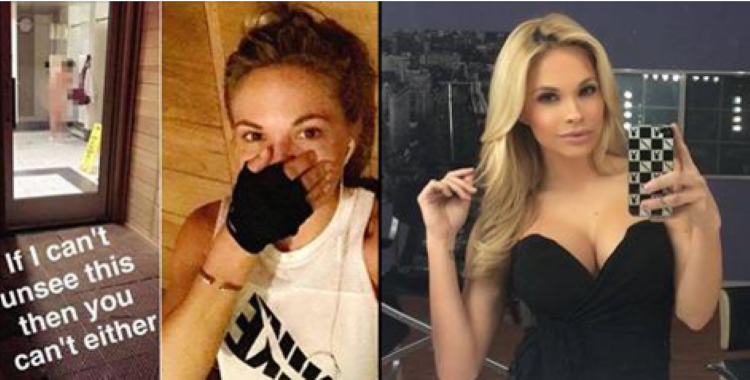 TMZ is reporting that the LAPD traced the picture back to a seventy year old woman, who is pushing for prosecutors to charge Mathers with dissemination of private images. If found guilty, she faces a jail sentence of up to 6 months.

Dani Mathers facing prosecution for the worst case of body shaming that I can remember. https://t.co/C7mIJ3mvy8 pic.twitter.com/uaiWBpbjU1

Since the incident, Mathers has repeatedly apologized for her actions. In one video, posted on YouTube, she said:

“I just want to acknowledge a photo that I accidentally posted. It was absolutely wrong and not what I meant to do. I chose to do what I do for a living because I love the female body and I know body shaming is wrong. That’s not what I’m about and this is not the type of person I am. The photo was taken as part of a personal conversation with a girlfriend and because I am new to Snapchat I didn’t realise I had posted it, and that was a huge mistake. I know I have upset a lot of people out there but please believe me this is not the type of person that I am. I have never done this before and I will never do this again, you have my word.”