Collin Clarke has Down’s Syndrome. He’s never been one to give in to the limitations seemingly enforced on him, though and he’s always tackled life head on. His friends and family always back him up, but even they doubted him when he told them of his latest dream… To become a bodybuilder!

But doubt soon turned to awe as just one year after his declaration, Collin is gearing up to participate in his first competitive bodybuilding event.

He first decided he wanted to get buff when he was working on the reception desk at Bob’s Gym North in Evansville, Indiana. After seeing personal trainer Glenn Ubelhor working out and pumping iron, he made the decision. And hasn’t looked back since. 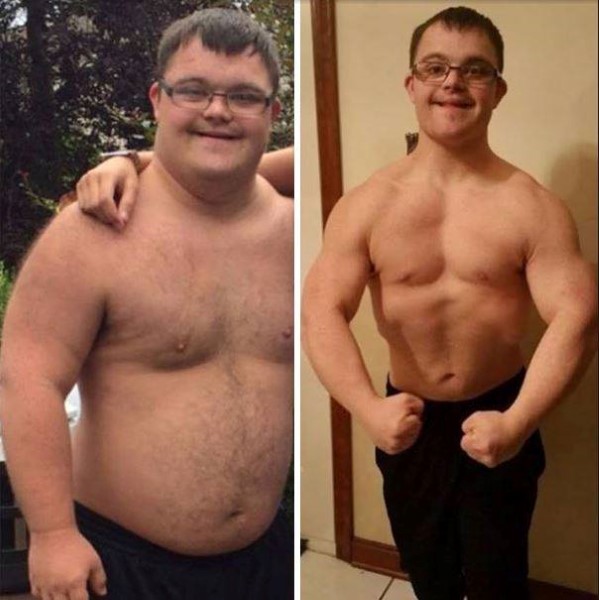 ‘I feel great,’ Collin says. ‘I’m so happy to be doing this. Bodybuilding is in my blood I would say never give up, never quit. Try harder, push harder. And just give it your all.’