We’ve now gone past the point when Back To The Future was set. The future is here – we’re living in it. But while old sci-fi movies and books and TV shows thought we’d all be flying around on hoverboards, dressed in silver jumpsuits, eating our food in pill form, it’s actually been a bit disappointing, hasn’t it? Alright, so we’ve got Wi-Fi and Call of Duty and Facebook, but it’s not quite the same is it? Where are all the little one person spaceships??? Well…

It’s not quite a spaceship, but the The Hirobo BIT as it’s known, is a single person electric helicopter that might just well revolutionize how humans travel in congested urban areas. With twin rotors, this ingenius little thing isn’t at mass production quite yet, but when it is it’s expected to retail for a pretty princely sum… Almost $250,000!

Can you see these things as the future of travel? Or are they just fancy electric gyrocopters? It’s difficult to tell just yet, we suppose. Only time will really tell, we suppose. 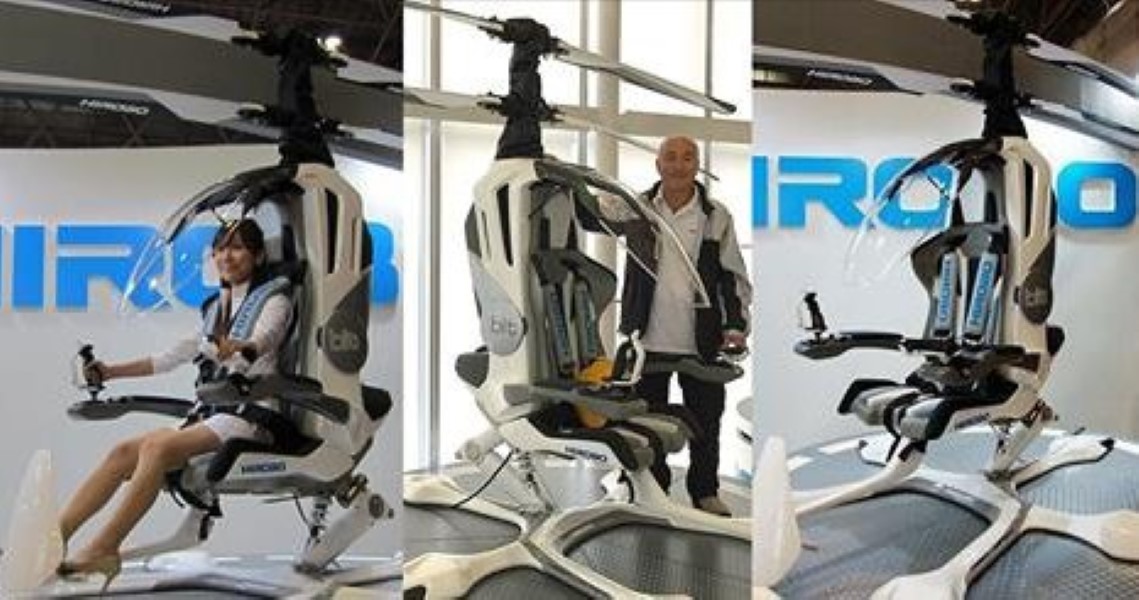 Here’s some footage of one from a recent trade show. TAKE OUR MONEY!