James Kingston is nuts. That’s one way of looking at him. What he does for a hobby is about as far out as it gets. You see, he’s a free runner. But we’re not just talking about jumping up onto concrete blocks and things. Oh no. 23 year-old James from Southampton, England climbs some of the tallest structures he can find and hurls himself about on them. And then hangs from them. Hundreds of feet in the air. WITH NO SAFETY HARNESSES WHATSOEVER.

James has done some extreme freerunning, hanging off stuff and assorted insane daredevilery all over the world, but he credits his latest stunt as the pinnacle of his work so far. What is it? The 500ft crane currently scaling the side of the enormous South Bank Tower in London. He said of the feat:

“As views go, this is probably the best climb I’ve done,” he said. “I could see the whole of London, the sun rising behind the Shard, with the shadow of the building pointing at me. It was immense. I think it was the best view I’ve ever seen.” 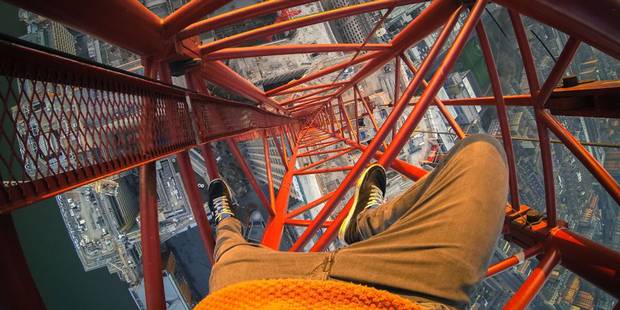 If you’re anything like us, when you watch the staggering video, one of the first questions that will occur to you is this: ‘What does his mother make of all this?! Surely she must be constantly worried sick!’ Well, yes. James says this about his dear ol’ mum:

“Mainly she doesn’t like me hanging off stuff. But she has seen where I’ve come from – years ago I was in a bad place, I was unhappy, unfit and unhealthy, and now I’m the opposite, I know what I want in life. She doesn’t like it, but she understands I need to do what I love to be happy.” 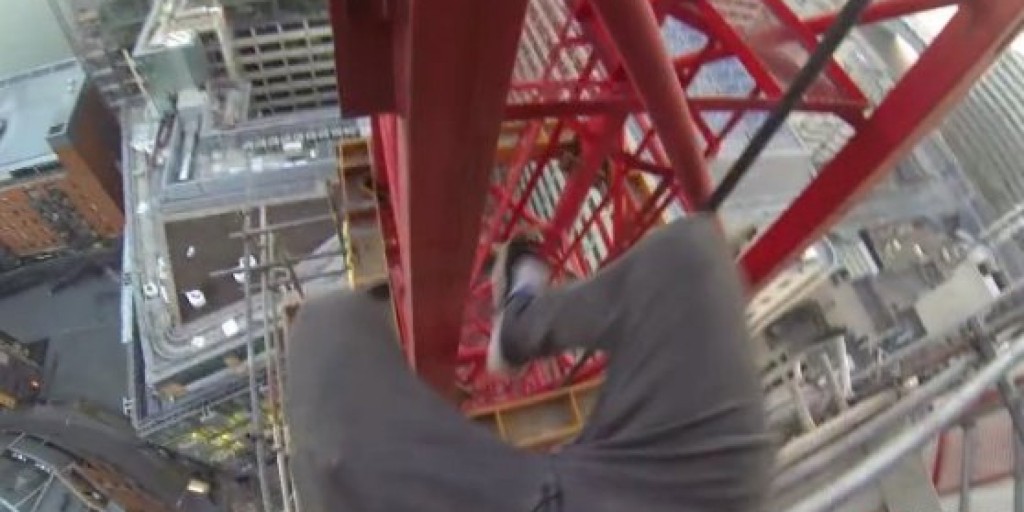 You know that weird feeling you get in your legs and in your stomach when you’re high up and look over a balcony? You know you’re not going to fall, but you still feel a bit sick anyway? Well, get ready to feel that. Even though it’s only a video!

We told you, didn’t we? There surely has to be ‘the fear gene’ missing in James’ body, right? Madness. Utter, utter madness. But hey, James – if you’re reading – keep up the good work, man… We certainly love watching you!