Photographs of a man playing basketball with a kid are currently doing the rounds on Facebook and have quickly gone viral. Why? Well, there’s nothing all that unusual about them, you’d think, huh? But you’d be wrong.

The photos were taken by the kid’s mom, Wendy. She saw her three year-old son Everett wander over to the basketball court during playtime at the park and he began watching a stranger shoot hoops. That stranger was a man called Shaun, a heavily-tattooed dude in his 30’s.

Just as Wendy went to tell Everett – who has Down Syndrome – to leave Shaun alone, Shaun spotted him. In a heartbeat he smiled at him, slowly approached him and offered Everett the ball. They began goofing around and throwing each other the ball.

Wendy was overwhelmed with emotion. She waited a while then introduced herself to Shaun. She’d later leave him a heartfelt note on his car. 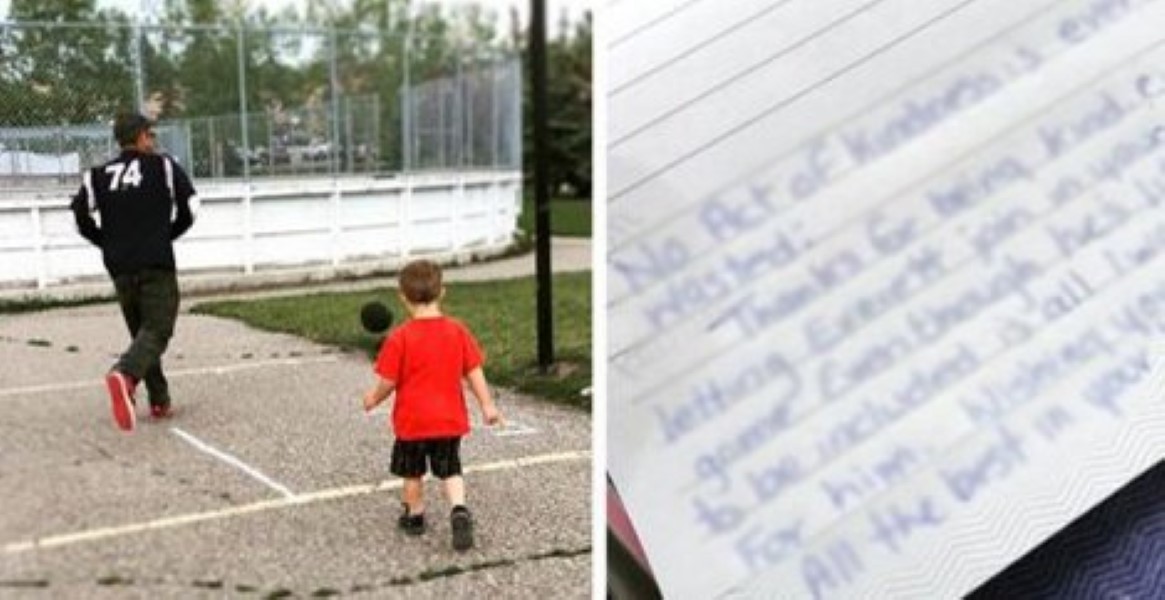 Wendy posted her story onto Facebook and within no time it’d been shared thousands and thousands of times. People loved the story and were keen to pay tribute to the guy.

Jaorna Diaz said, “Thank you for sharing your story, you remind me of my son – he has also been diagnosed with down syndrome and he’s like that too. It only proves us that we had a very wonderful gifted child that God gave us.” 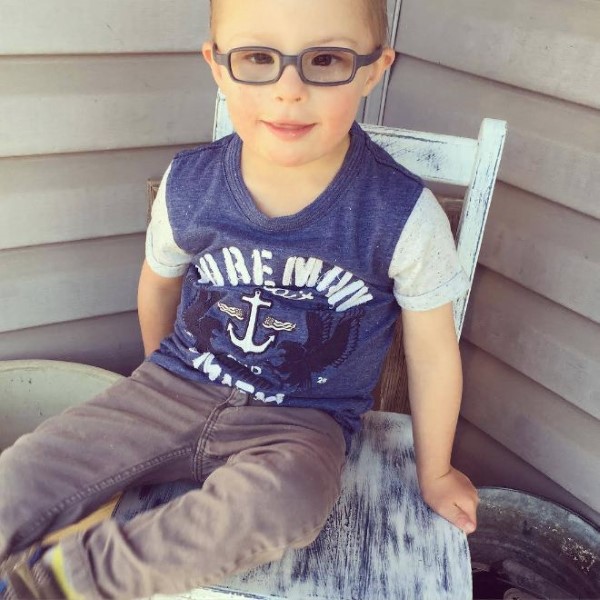 Here’s exactly what the note that Wendy wrote said: 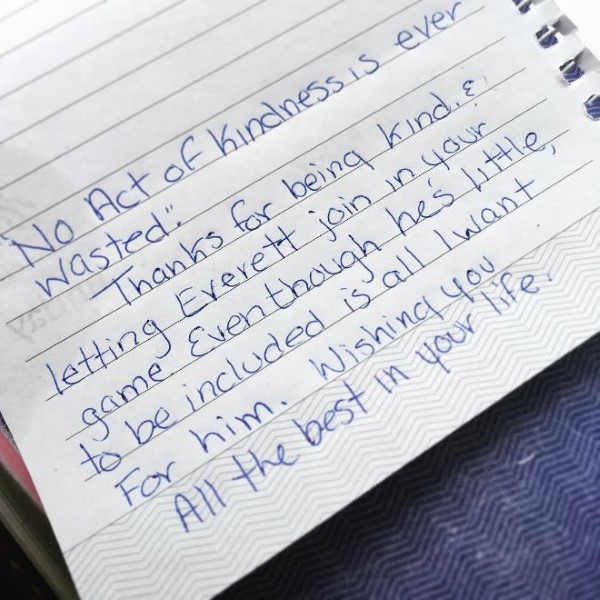 What a beautiful story!