Katherine Webb, is a model. A former Miss Alabama, she makes her living from posing for snaps. It’s her job to live healthily and look great. If she didn’t she wouldn’t book work and she’s quickly become poor. Something you don’t want to do when you’ve just had a baby.

She’s big on Instagram and recently posted some pictures of her incredible post-pregnancy bod. She had her son Tripp just a month ago and you can see just how trim she is already. But the pictures caused such real controversy!

While some people congratulated her on getting back into shape so quickly, others heavily criticized her for concentrating on exercise over motherhood and some even told her to eat more.

What do you think? 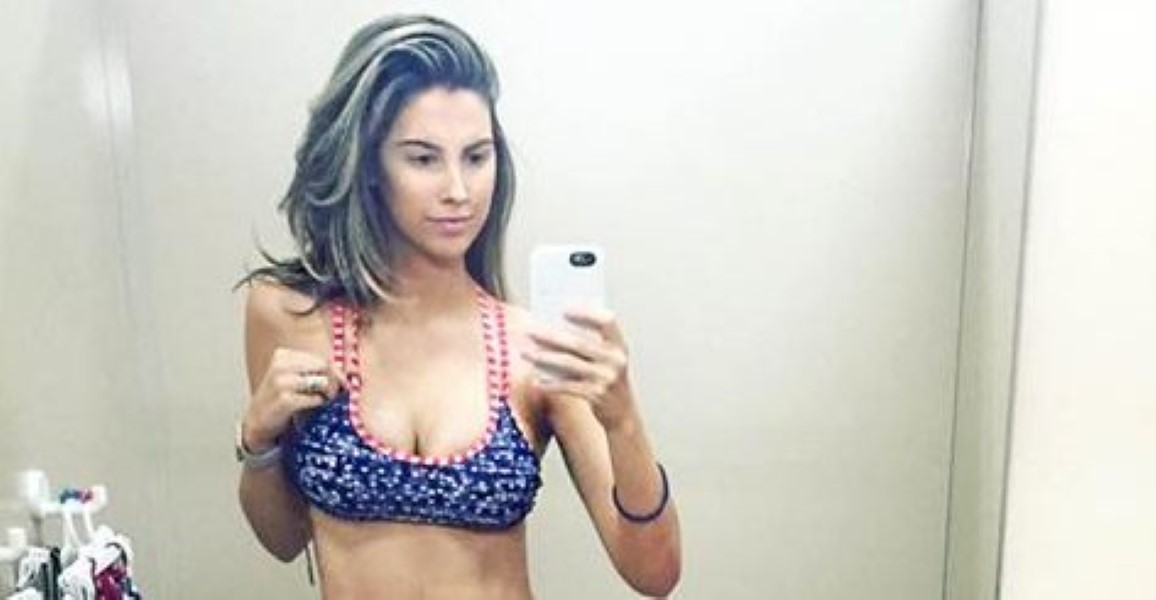 One Instagram user haleybrown808, writing this: “This is what you call fishing for compliments lol she knows how small she is, she just wanted to be told. Not an ounce of fat smh lol.” Wonderboy2u agreed saying, “I guess there is no dignity left in this world. Do you get paid to post this stupid stuff?”

Shopping for bikini season! ? Shameless selfie…but seeing progress just from breastfeeding. Pretty awesome how the body works! #1monthpostpartum Note: I gained 44 pounds during my pregnancy, so this post isn't meant to be "humble". Say what you want, but I feel great about myself even with the extra cellulite on my butt and stretch marks so shoot me if I felt banging for once in this bikini..okkkkk ??

Whatever you think of her, you can’t deny that her baby’s cute, though!