When Brianne Dow discovered that she was pregnant, the first thing she thought of was how to tell her husband. She decided that she didn’t want to just come out and say it. She wanted to do something special. So, she organized for her wedding photographer Samantha Boos to stage a fake photoshoot in a park. Brianne told her husband, Brandon that they had won the shoot in a giveaway. 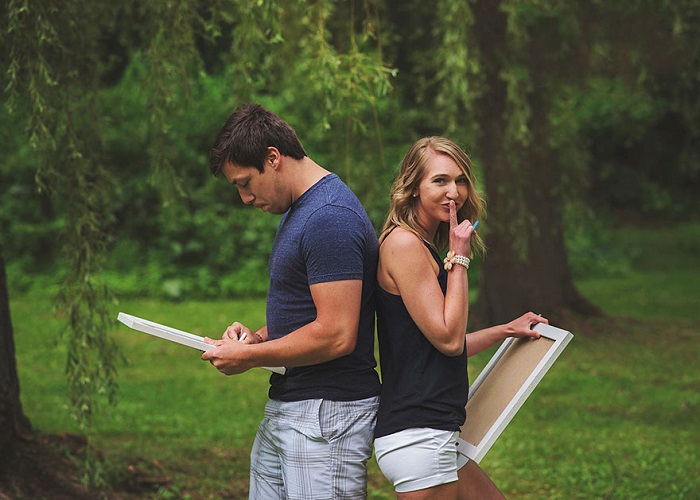 Samantha had the couple stand back-to-back and gave each a chalkboard. “I told them to write three words that describe each other on their chalkboards,” Samantha explained on Facebook. 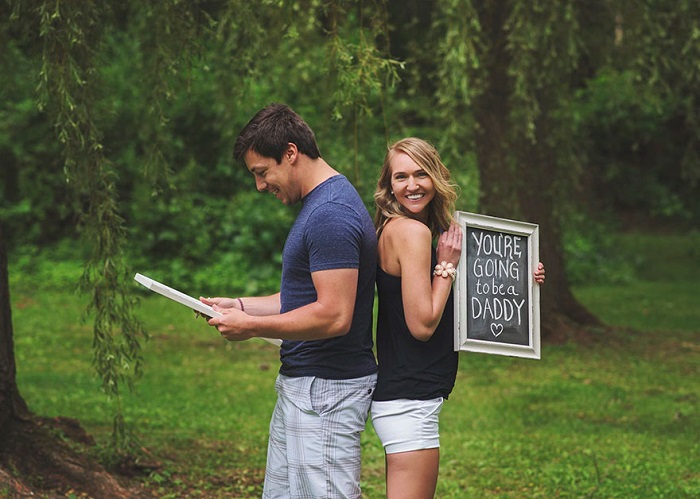 However, instead of this, Brianne wrote “You’re going to be a daddy” on her board. “Brandon’s reaction was priceless when he read her board,” Samantha added. 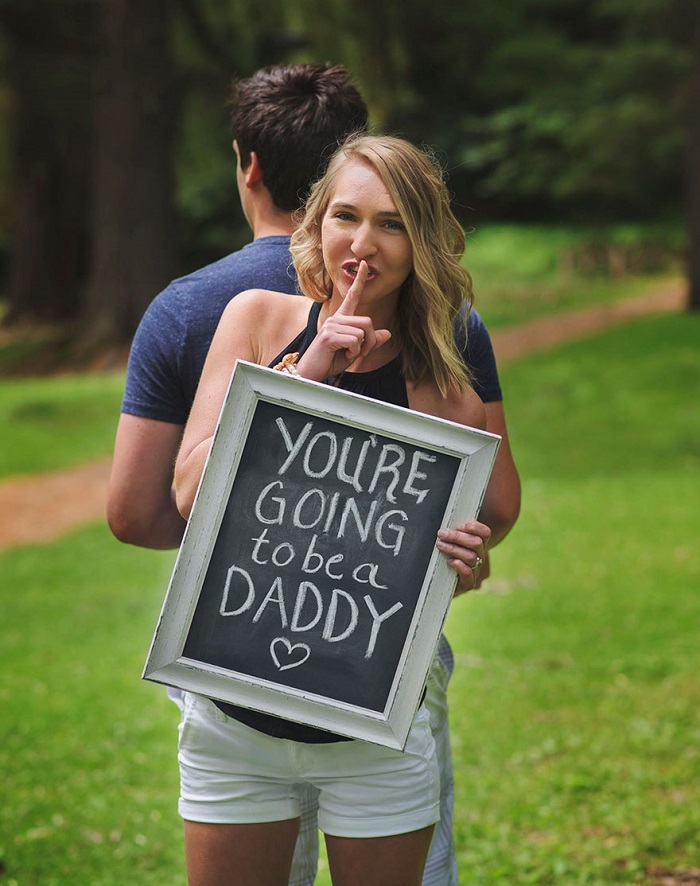 The man burst into tears and hugged his wife dearly. He was obviously delighted with the news, and can’t wait to be a father. 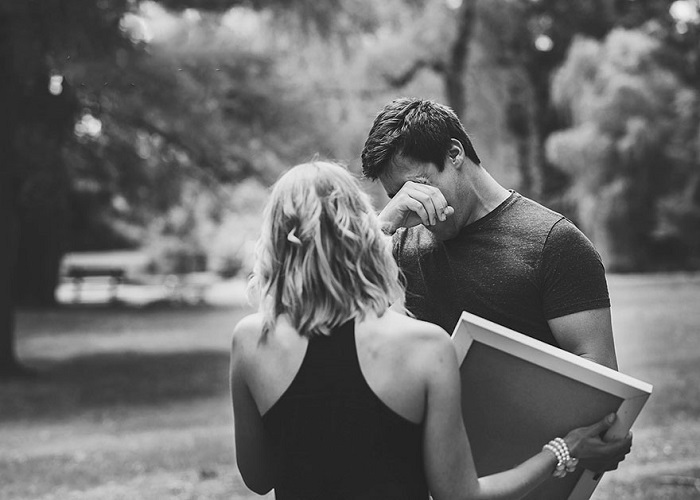 The baby is due in February 2017. After the photos and story were uploaded to Facebook, Brianne and Brandon’s story has received nearly 300k likes. 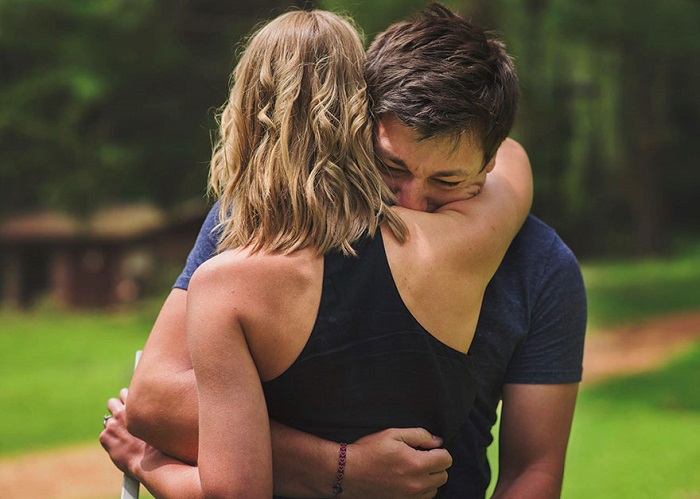 Brianne said afterwards that it had been incredibly difficult to keep her pregnancy secret. But, she also says that it was totally worth it, to see Brandon’s reaction. 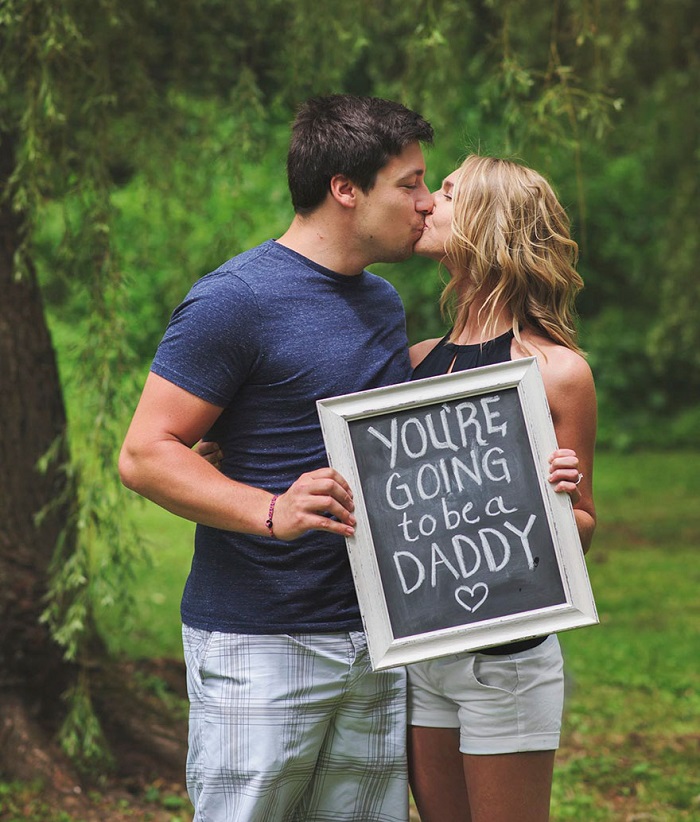