Meet Todd. Todd thinks that he is a dog. He wags his tail, plays with dog toys, and even walks on a lead. But, Todd is actually a fox! He was rescued as a four-month-old cub and raised as a domestic pet by owner Emma D’Sylva in Stoke-On-Trent, England. Emma said, “Todd has been captive-bred so he has never been in the wild. I’ve had him since he was about four months old because his previous owners couldn’t look after him any more.” 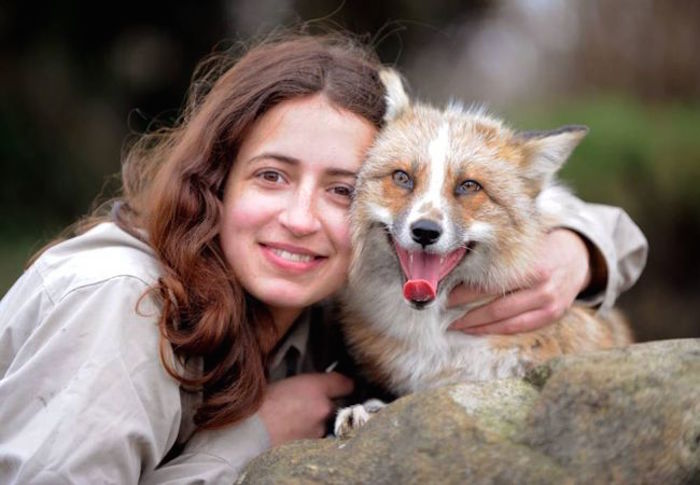 And now, having been tamed and domesticated, Todd has acquired a number of canine characteristics. He goes for walk’s with Emma’s two pet labradors, playing with them in locals parks. 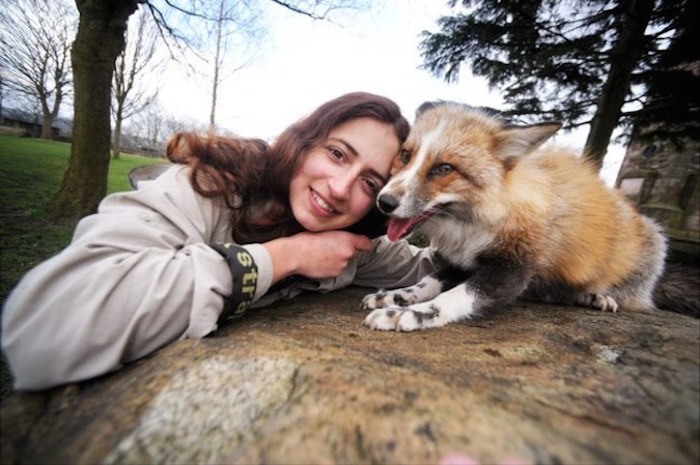 He also sleeps in a kennel in his enclosure, and wags his tail madly at feeding time! 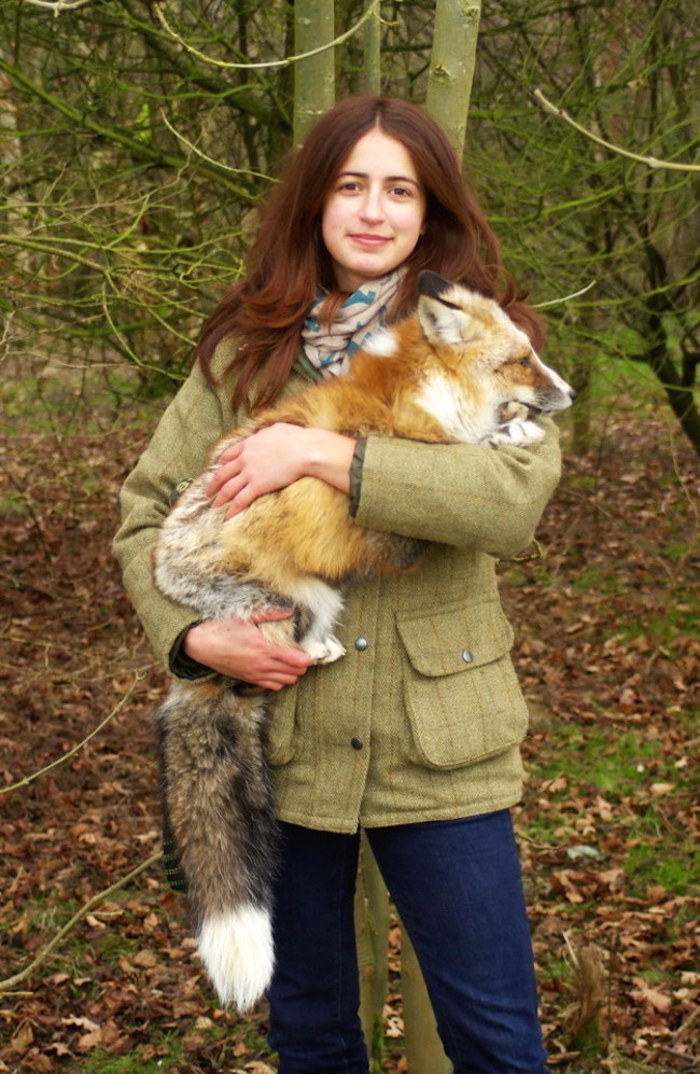 “I get people coming over to me asking if he is a fox and if they can stroke him. He was a bit crazy when he first came to me last year but now he has a really strong bond with me and he will walk on a lead. He is very playful with me. He will run up to me wagging his tail when I go to feed him and he will roll over to have his belly tickled. He will come into the house but he has got a purpose built enclosure and he much prefers being outside. We got him a little plastic kennel in his enclosure with blankets which is similar to a dog bed. He is similar to a dog but he is a bit more hyperactive. He gets on with my two dogs, and wants to play with them all the time.” 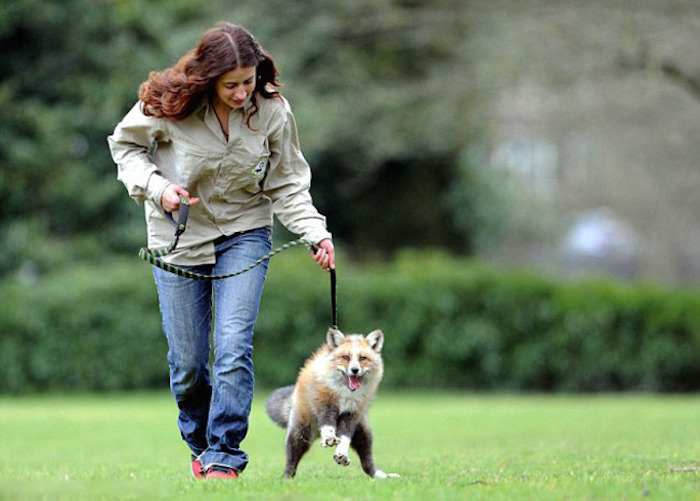 Todd is not Emma’s only strange pet. Other creatures who live at her three-bedroomed house include a skunk, a raccoon, lizards and snakes! 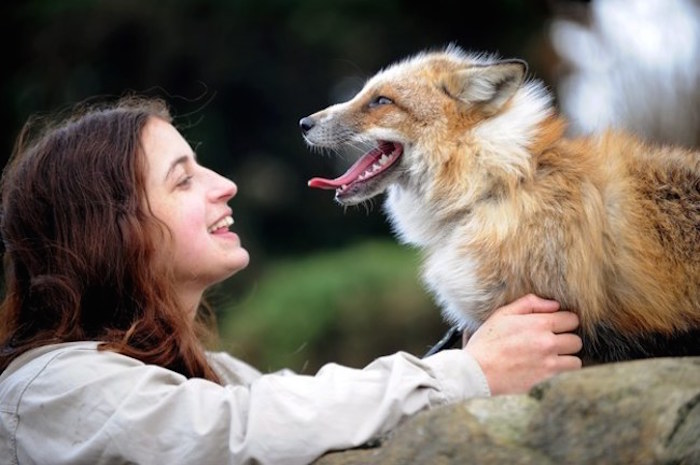 Unfortunately, Todd cannot be let off his lead, because he is deaf and Emma can’t call him back! 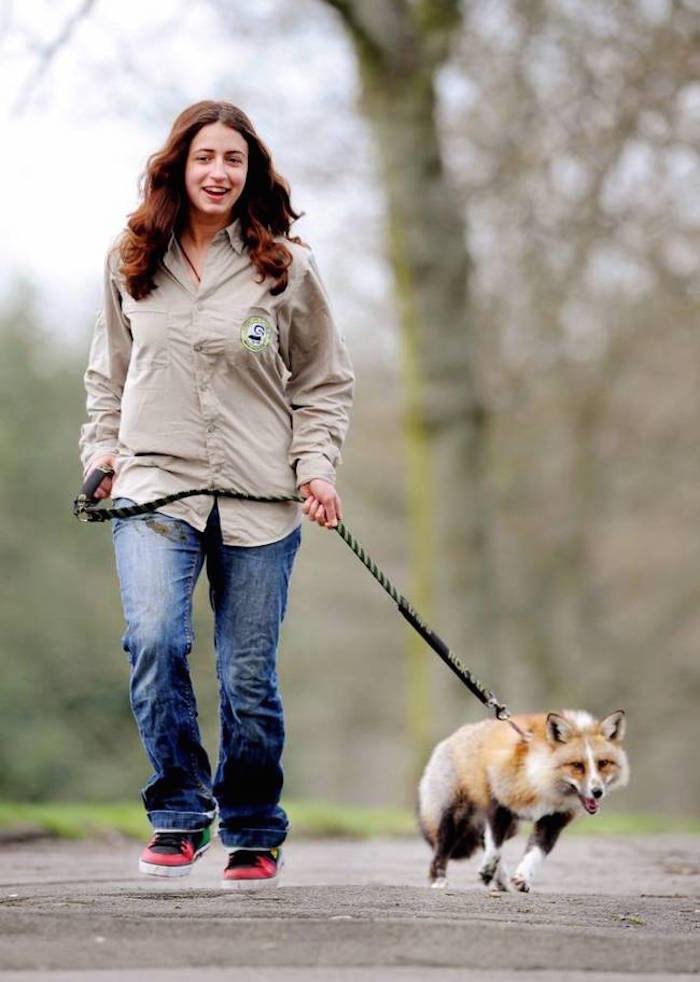 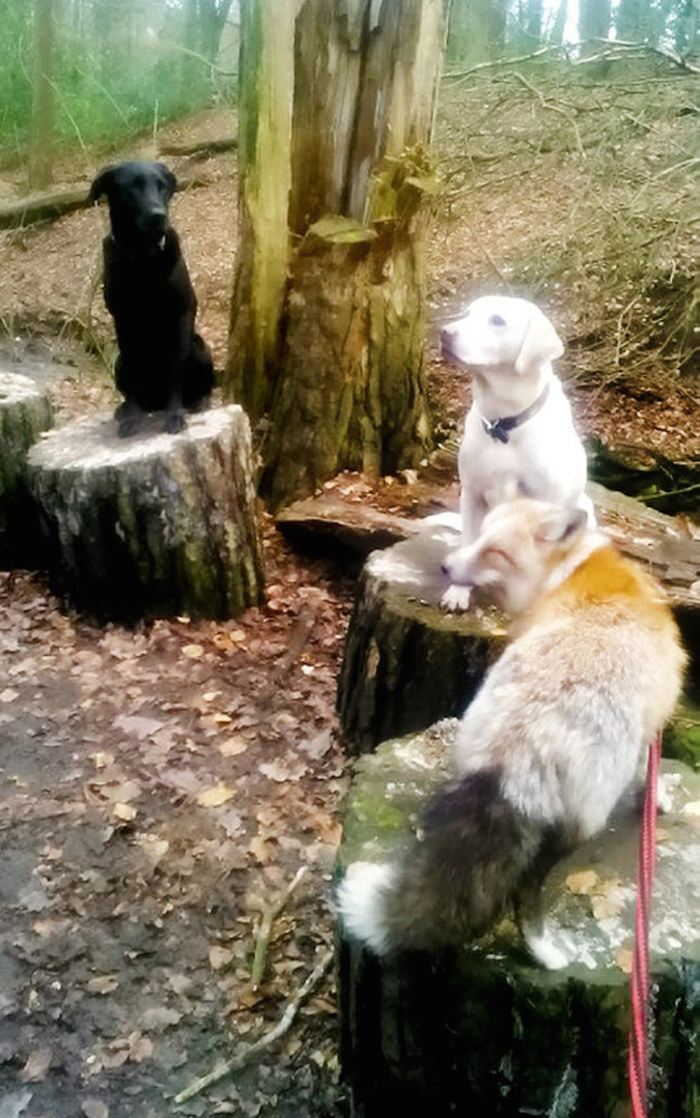 So let’s hear it for Todd. The fox raised by humans who thinks he’s a dog! 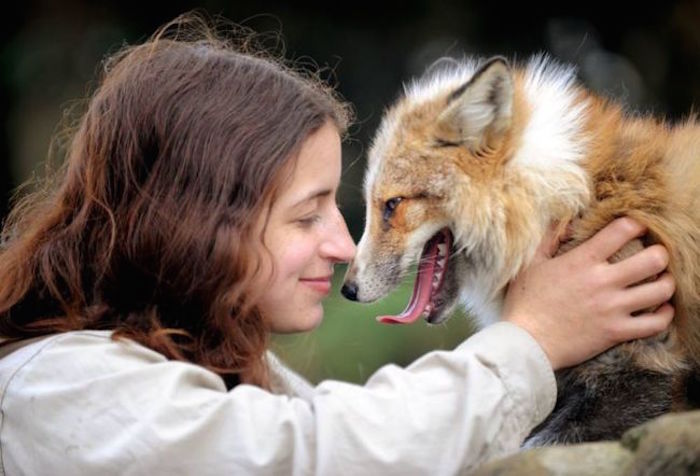 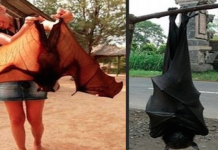