A stray pit bull has hit the headlines after saving the life of a woman being attacked with a knife. After the man attacked the woman in Baldwin, Georgia, the dog intervened in the argument, and was stabbed five times as a result. The man fled the scene with the woman unhurt, and Sgt. Timothy Clay and officer Daniel Seeley arrivede to find the dog bleeding out. 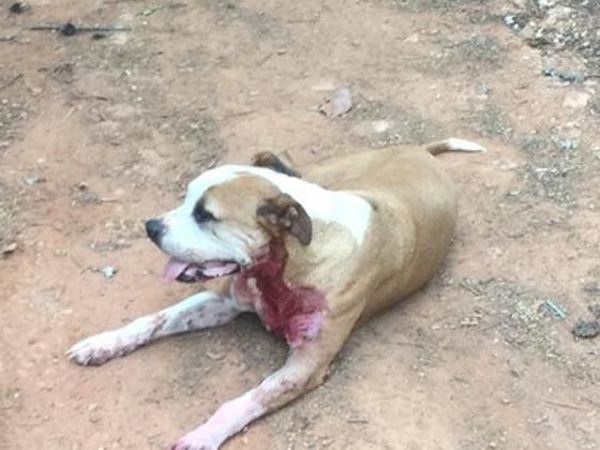 This is what Officer Seeley’s wife had to say about the incident:

“While on duty my husband and another officer answered a domestic call. When they arrived they were told by the woman who called that she was arguing with a man and this dog attacked him trying to save her. The man proceeded to stab the dog multiple times.”

The dog was immediately rushed to an animal hospital.

“I don’t think we could have let that dog suffer and die. We felt like we needed to get that dog some help after what it had been through,” said Officer Clay. 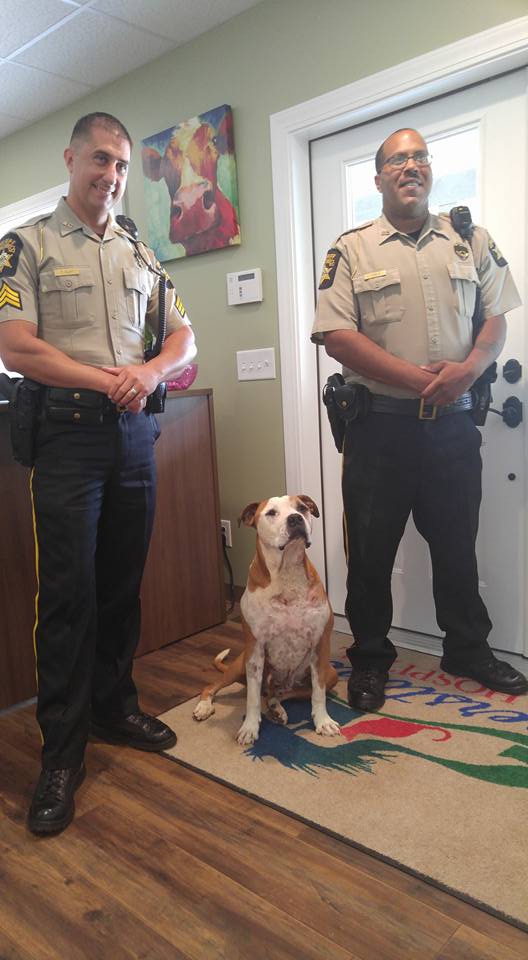 The animal nearly bled to death, but thanks to vets at the hospital, he survived. The officers decided to name the dog, appropriately, Hero. After she heard his story, local woman Carla Welch stepped in to help, giving Hero a temporary home, and raising funds for his hospital bills. “I thought he was very courageous and brave. He was totally a stranger to these people,” she said. 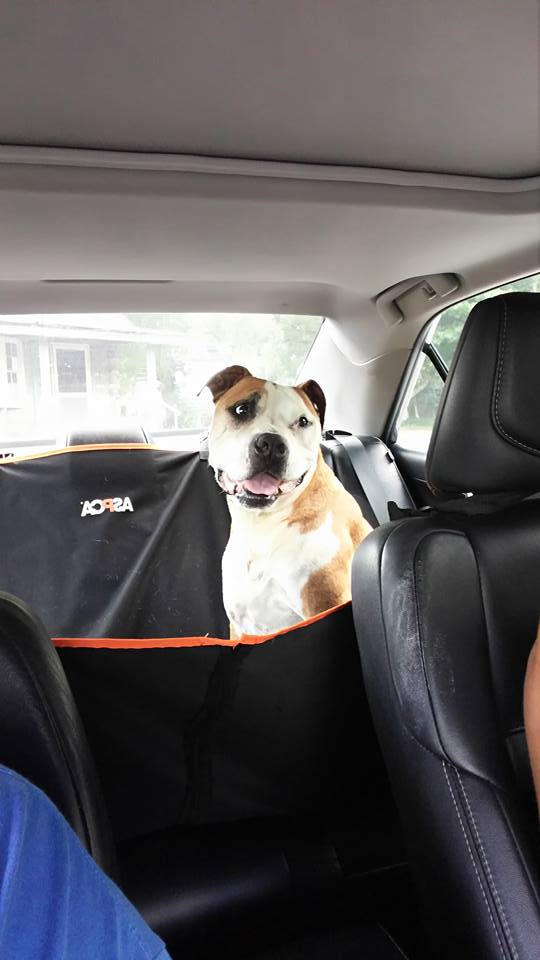 The seven year old is now up for permanent rehoming. Carla says that she has already had plenty of inquiries.