The internet is full of cats. You know that. They’re everywhere. They run the world wide web. There’s Grumpy Cat, Bob the Streetcat, Colonel Meow… There’s even an cat that plays the keyboard (we think his name is ‘Keyboard Cat’). But surely the Queen of them all is Venus. Why? Because Venus is a truly special cat. Why? Because she’s a ‘chimera’ cat. She looks like two cats fused together – have a look-see: 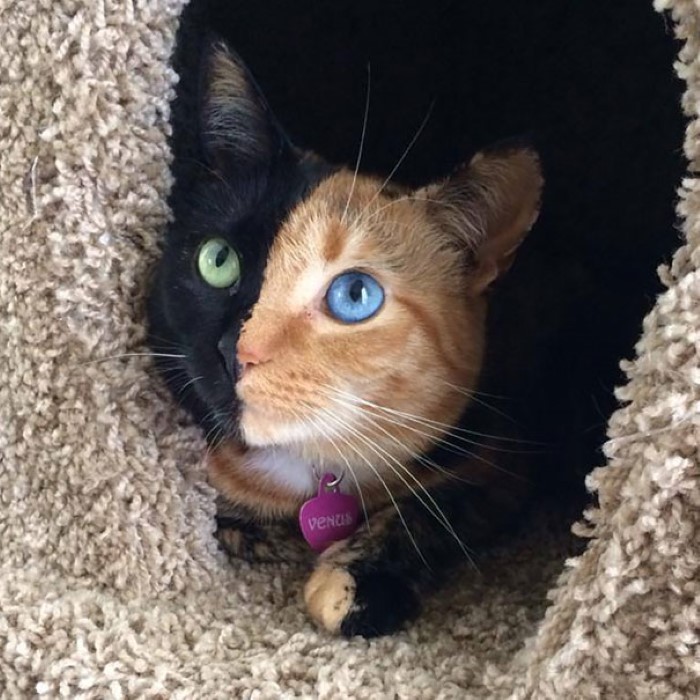 Let us assure you that these pictures aren’t Photoshopped. Venus and her crazy look – it’s 100% real! 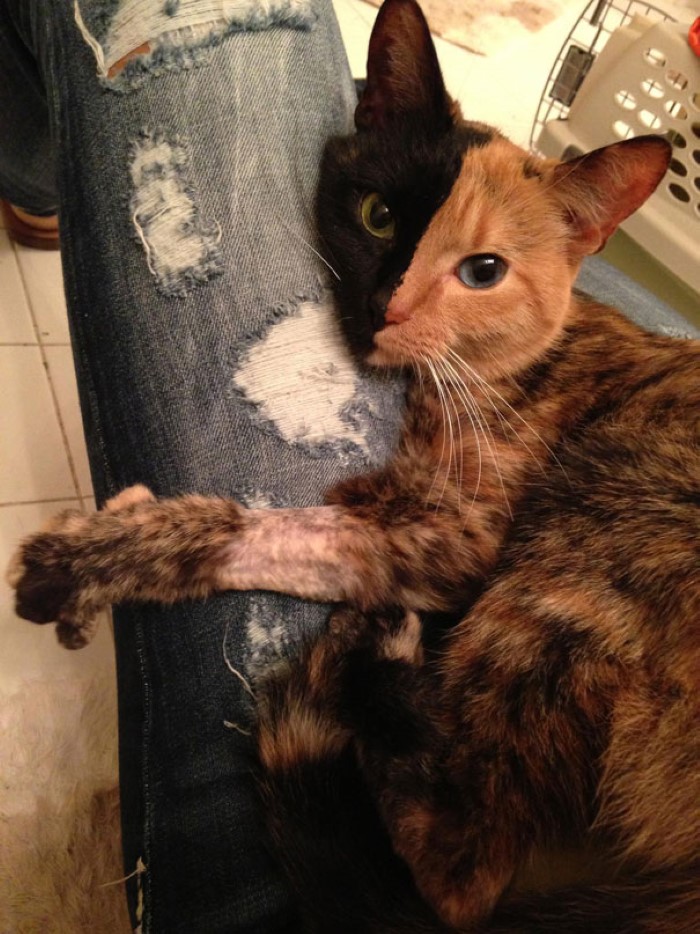 She’s from North Carolina and is five years old, the little cutie. 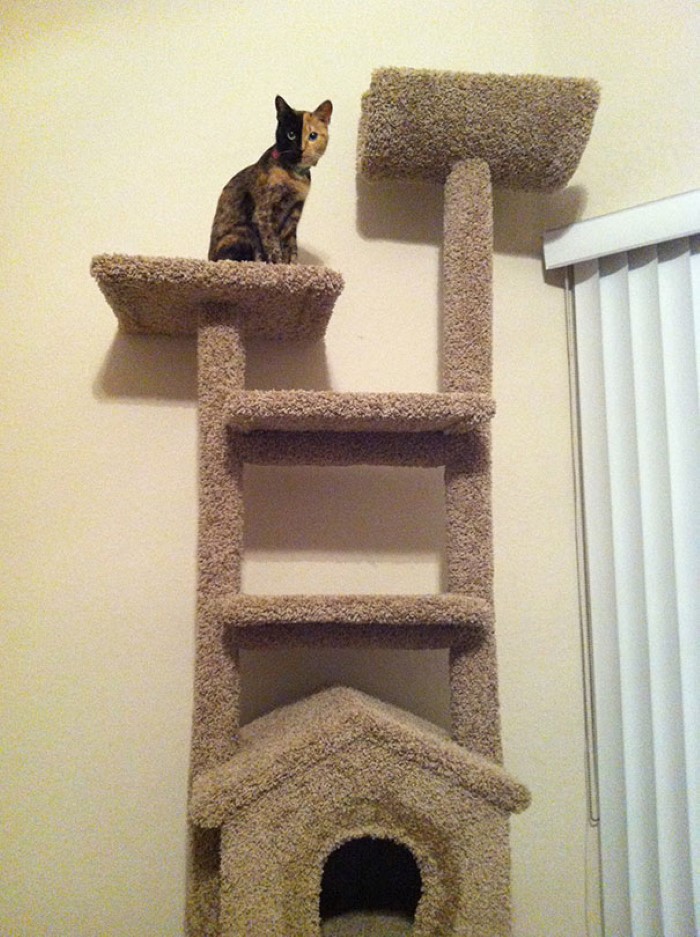 “She’s as sweet as can be….gentle, loving, and has this little tiny kitten like “meow” even though she’s grown up”, says her owner. “She acts like a big kitten in the way that she loves to be babied.” 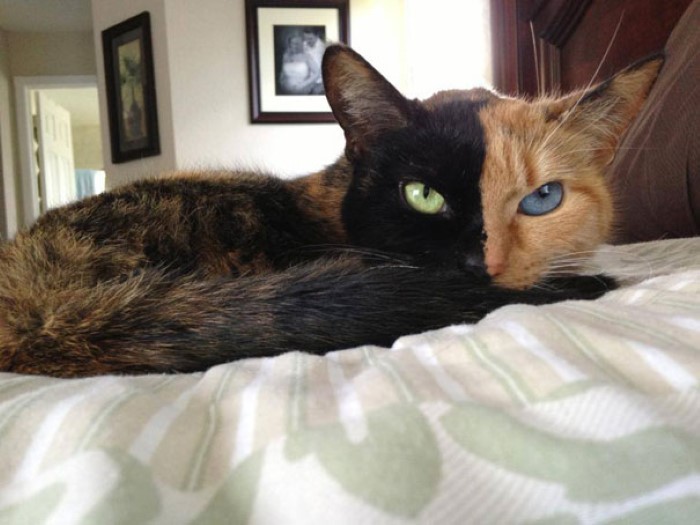 “She doesn’t bother any furniture with her claws and uses a scratching post. She does not have one single bad habits……she’s perfect!” 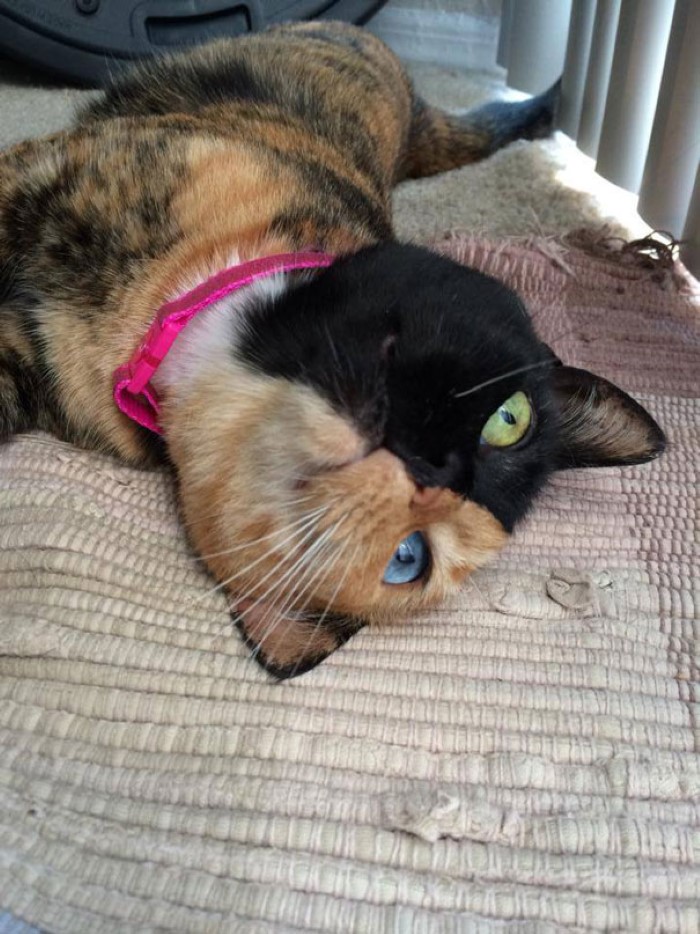 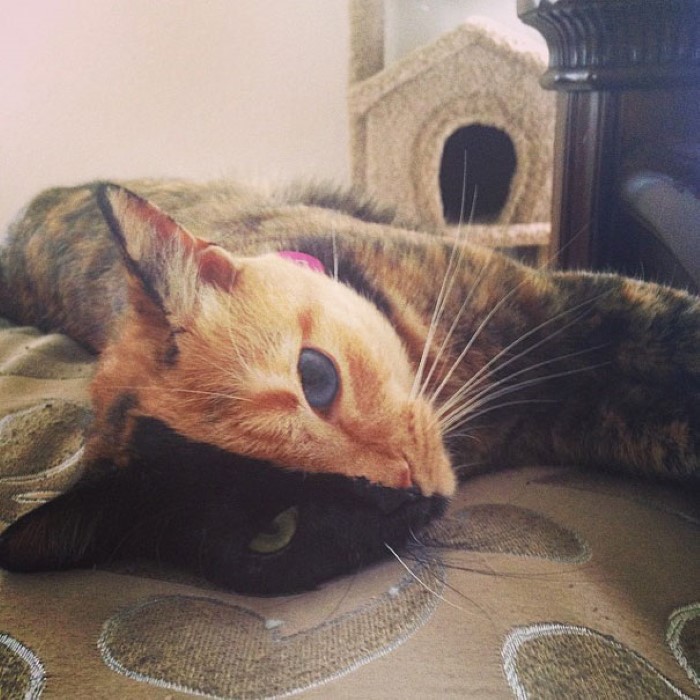 A ‘chimera’ is when two species are merged into one animal, so Venus isn’t a true chimera in the traditional sense of the word. It’s a rare genetic variation that we’re seeing here. 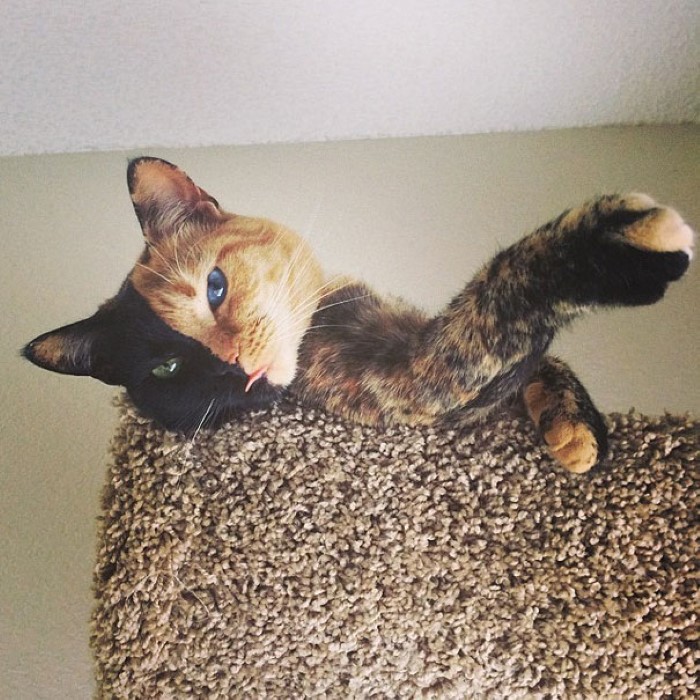 Some people have rather unflatteringly compared her to ‘Two Face’ in The Dark Knight Rises. Poor Venus! 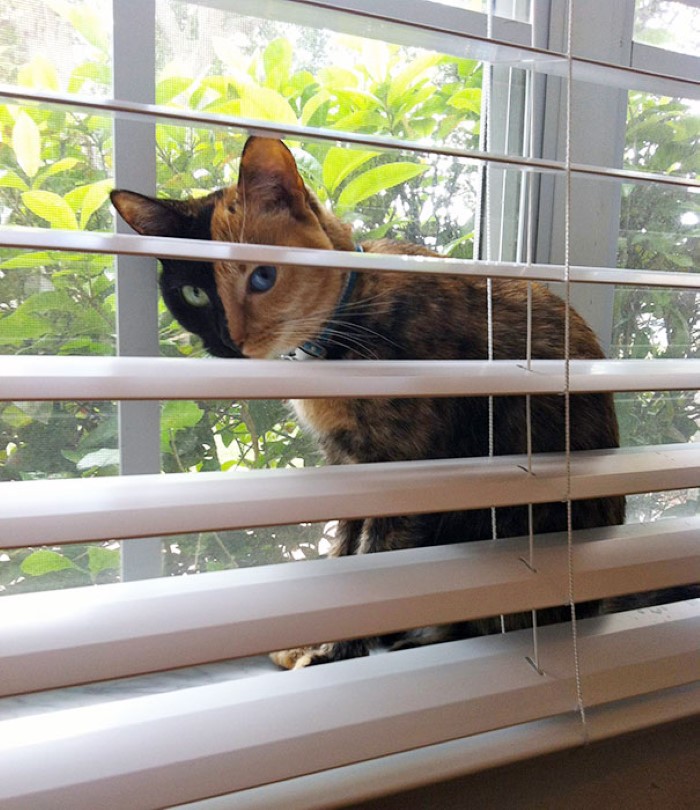 We think she’s a lot prettier than that! 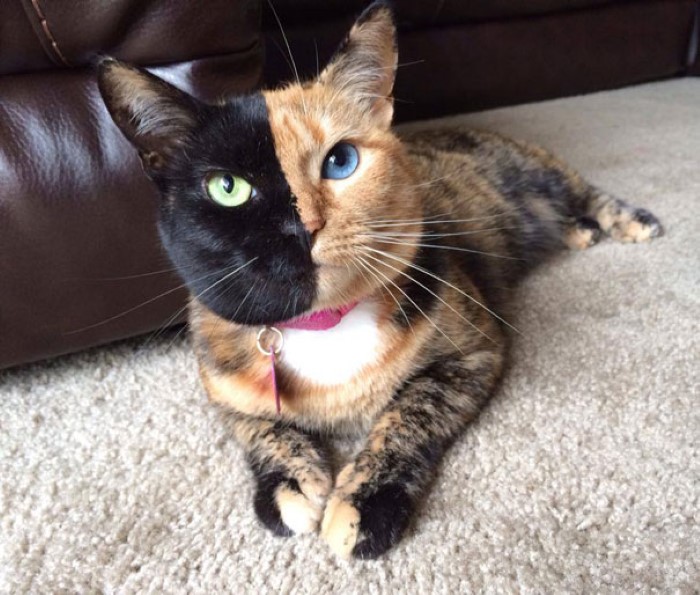 She even has her own Facebook page which has more than 180,000 likes! 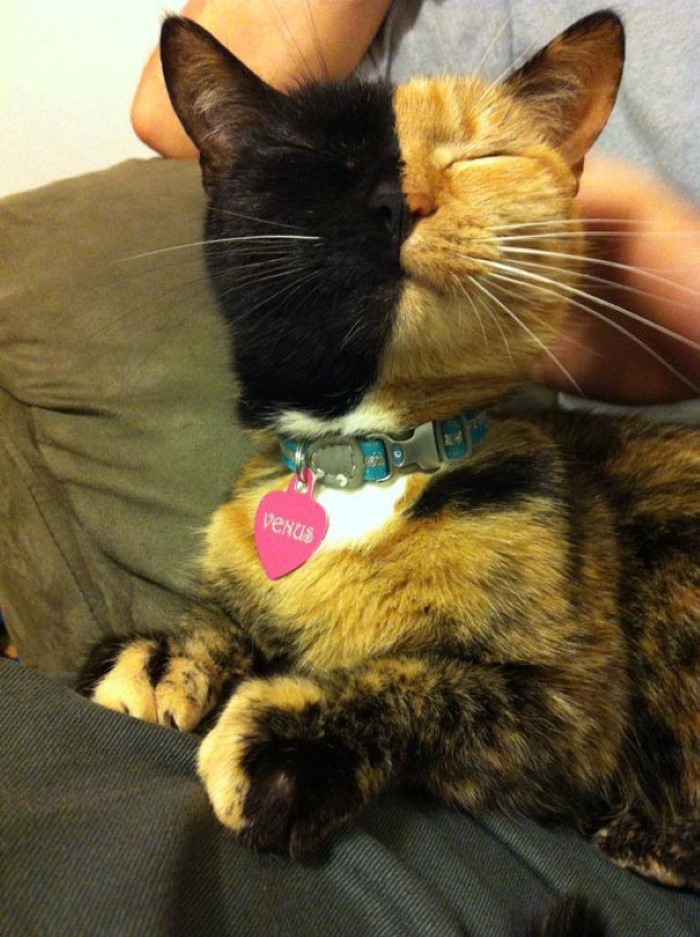 Not bad going for a funny-looking moggy, eh?! 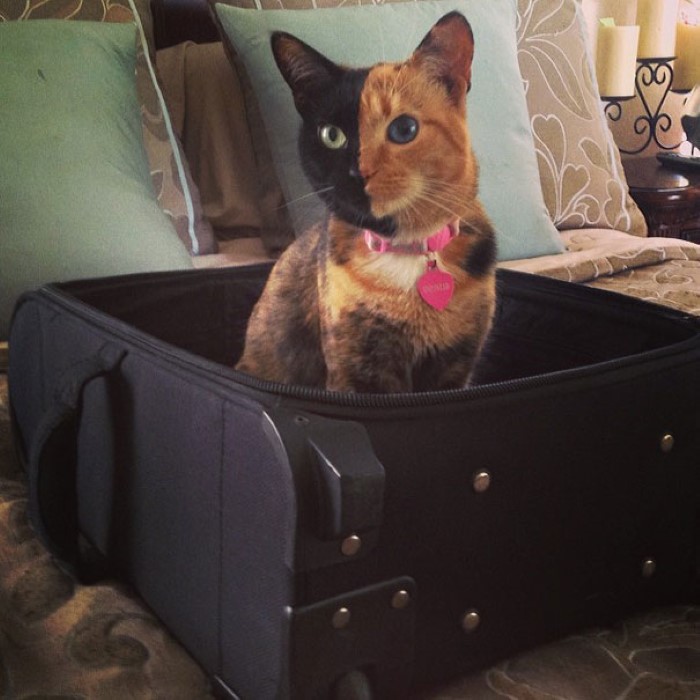 And a bit of a poser! 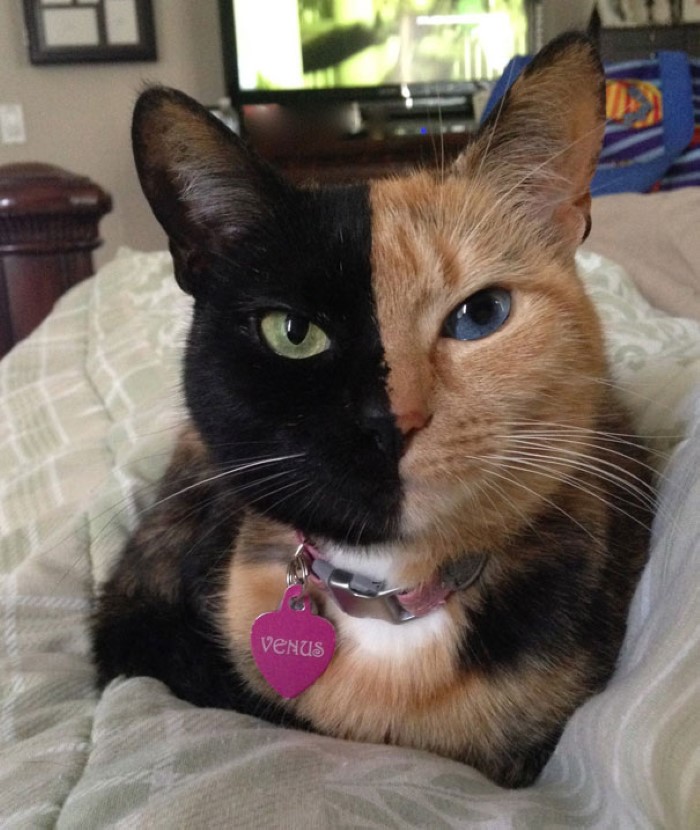 AND Venus has got her own range of stuffed toys! 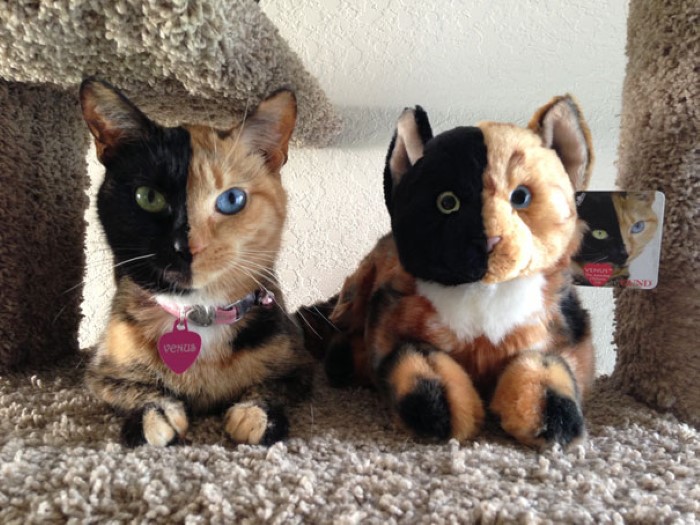 If you’d like to keep up to date with all the news in Venus’ life, check out her Facebook page. 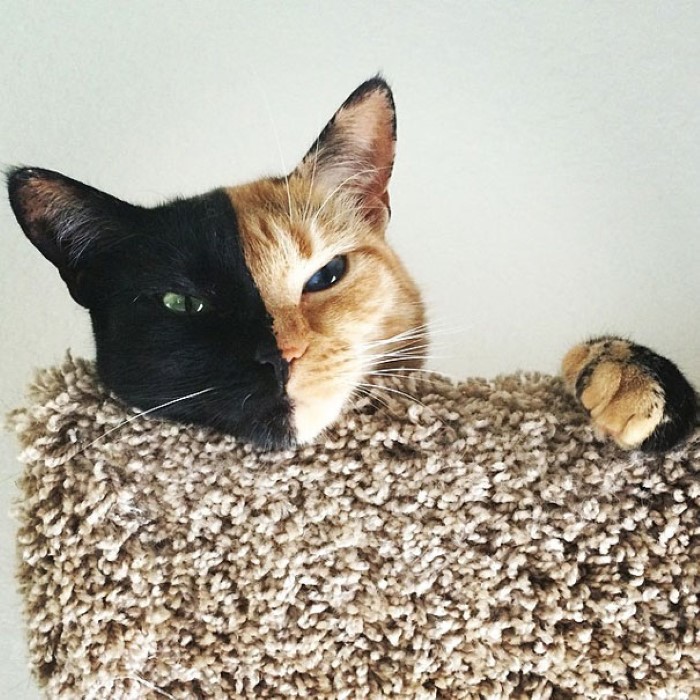