When you complain about the weather, the chances are that you’re grumbling about grey skies, rain or the fact the breeze is messing your hair up. But what about rare, weird and wonderful phenomena like volcanic lightning, firestorms and 200km per hour katabatic winds? These are types of weather too, but you probably won’t hear them mentioned on the nightly news report as they’re incredibly rare. If you thought you knew everything there was to know about the Earth’s weather systems, think again!

Ball lightning is an extremely rare phenomenon where the electrical atmospheric charge associated with lightning forms a ball of plasma instead of a bolt. These balls can linger for several minutes and travel quite far, causing a great deal of damage.

The Aurora Borealis- otherwise known as the Northern Lights- are caused by the collision of energetic charged particles with atoms in the high altitude atmosphere. These particles are part of the solar wind. The lights are most clearly visible over Scandinavia and parts of Northern Scotland.

Like ball lightning, this rare weather phenomenon takes the form of a luminous, sulphuric plasma that attaches itself to objects. It’s most often found on the masts of ships or lightning rods, which is why it was named after St Elmo, the patron saint of sailors.

These are winds that carry dense air from a higher elevation to a lower elevation due to gravity. The winds travelling over the Antarctic are particularly hazardous, blowing over 100 knots at times (that’s almost 200km/h!)

These are all types of very rare and strange upper atmospheric lightning. Pilots had been describing weird shapes seen at high altitude since the 1920s, but these strange plasma phenomena weren’t confirmed until the 1990s.

A brinicle is a sort of ‘icy finger of death’ that occurs when the sea ice freezes over, pushing out salt water that then sinks down beneath the ice. This brine is too salty to freeze, but as it is below 0C, the water around it freezes, creating a sort of tube of ice that then spreads across the sea bed, killing any bottom dwelling sea creatures. 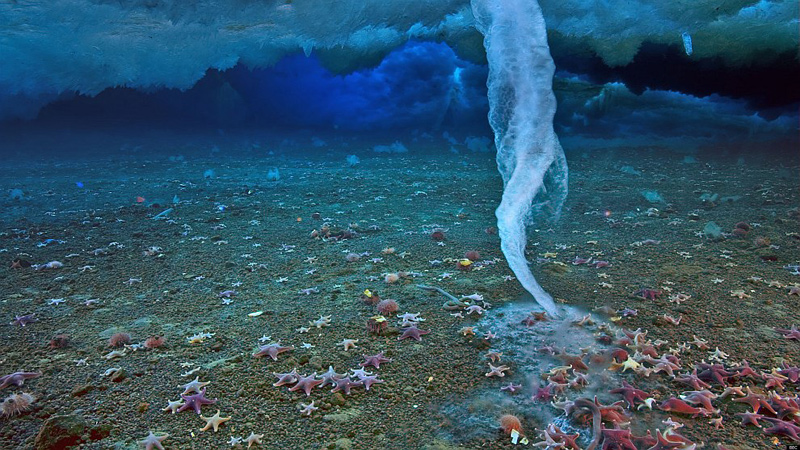 These odd-shaped clouds take their name from the latin word for breast or udder due to their bulbous shape. They often come before a storm, but it’s not completely understood why- or how- they form. 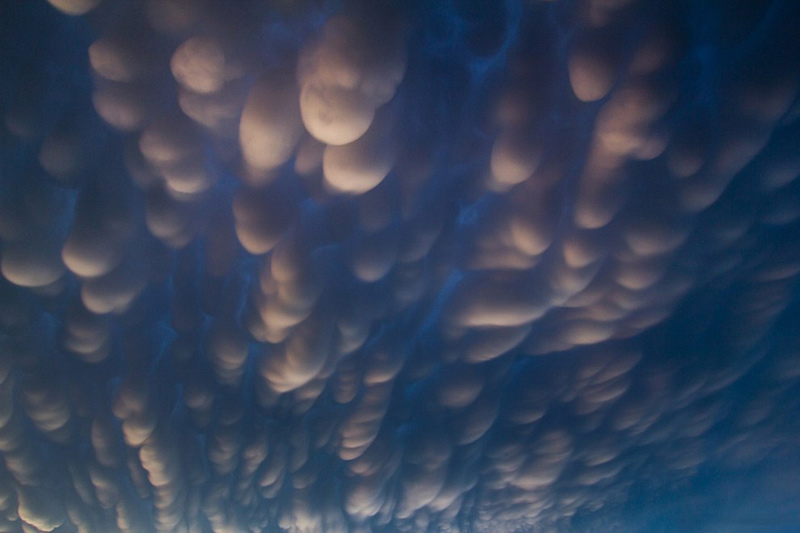 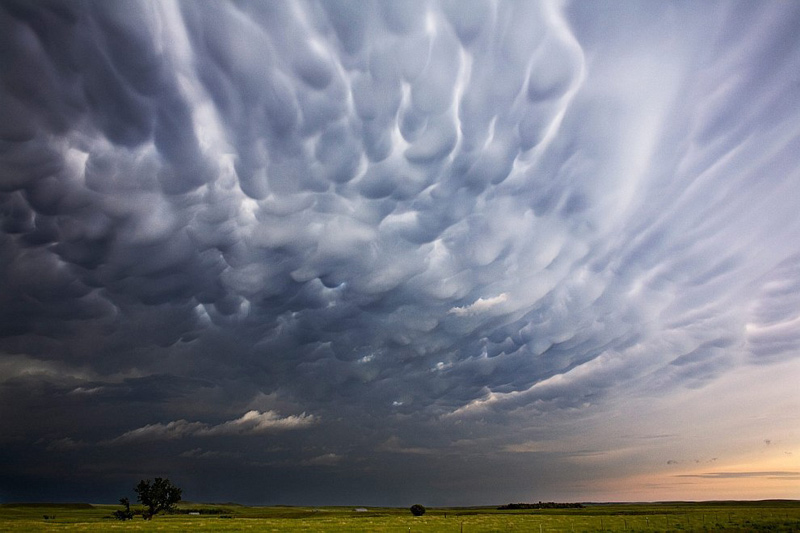 In the North West of Venezuala there is a swampy region where the river empties into Lake Maracaibo. The methane from the swamps interacts with the atmosphere to create an almost constant field of lightning that often continues for ten hours at a time, 200 days a year. Incredible! 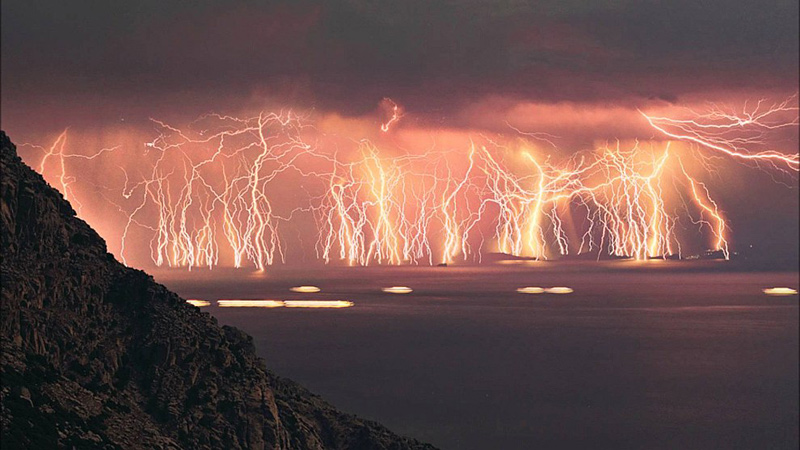 A fog bow is similar to a rainbow, but as it appears in fog rather than rain it has very weak colours. It usually appears as a white bow with a slight red tinge to its outer edge and a blue inner edge.

Like fogbows, these are a form of rainbow that form when mist is in the air, but a moonbow is created by the light from the moon rather than the sun. The pale light of the moon makes the bows look white in ‘real life’, but when captured using the long exposure setting on a camera the true range of colours become clear. 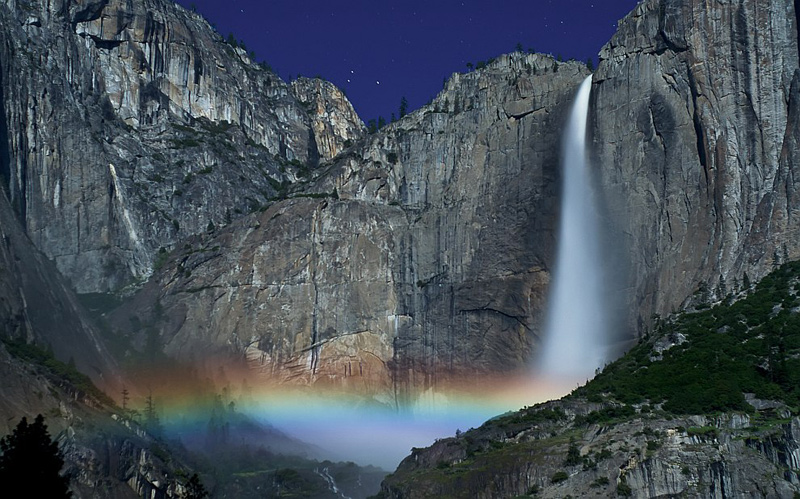 Solar glories are optical phenomena that are created when light hits water droplets in the atmosphere and is tunnelled backward, creating a so called ‘resonance effect’. Glories are often seen in association with a Brocken spectre, the enormously magnified shadow of an observer, cast on clouds lower than the point the viewer is standing. 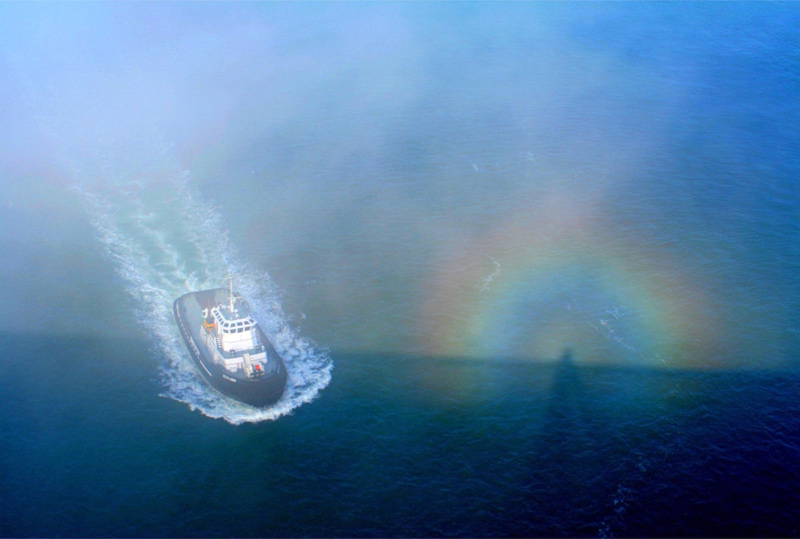 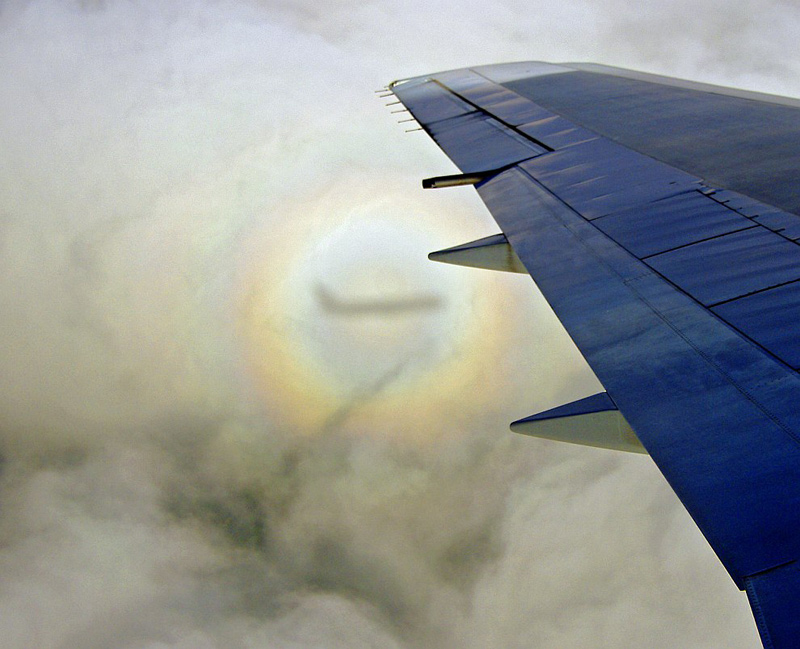 When certain weather conditions come together, the coast can end up looking like a whipped cream cappuccino, coating everything on the sea front with a thick layer of froth. This happens when there is a large concentration of algae in the water as when this breaks down it releases surfactants, a chemical compound found in soapy lather. Combined with high winds, this can lead to massive drifts of foam being blown inland and spread across the beach. 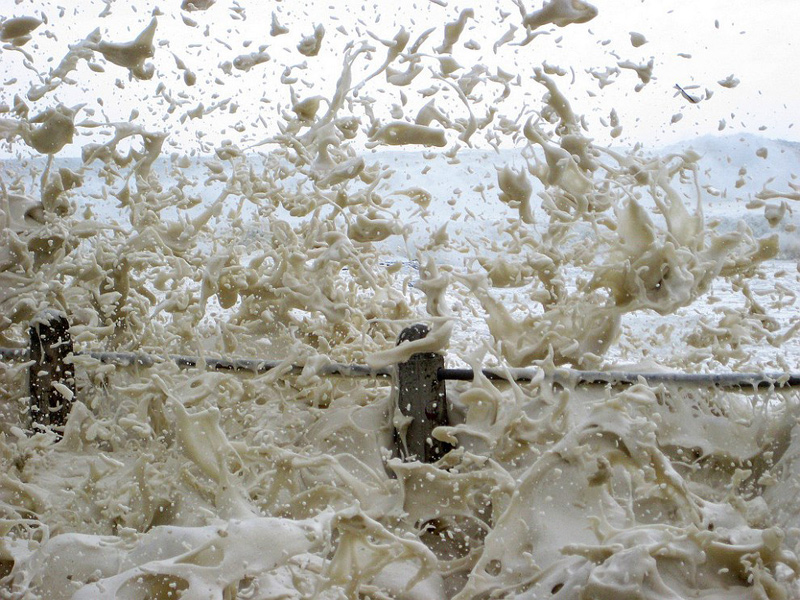 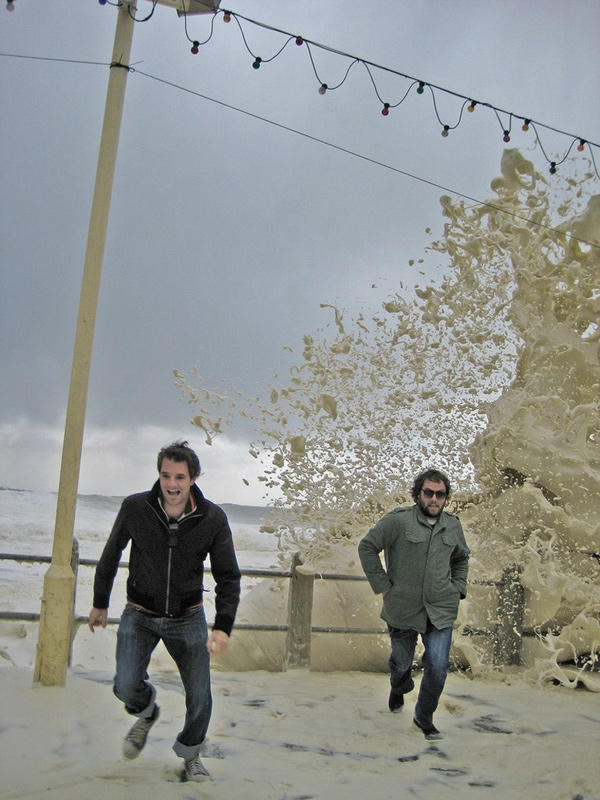 Fire whirls are created when a tornado spins too close to a forest fire, bush fire or controlled burn. They can also spontaneously arise if a fire is surrounded by sudden whirling gusts of wind.

These unique cloud formations can stretch for over 600 miles. Also known as Morning Glory clouds, they appear every fall over Burketown, Queensland, Australia, a remote town with fewer than 200 residents. A small number of pilots and tourists travel there each year in hopes of “cloud surfing” with the mysterious phenomenon. 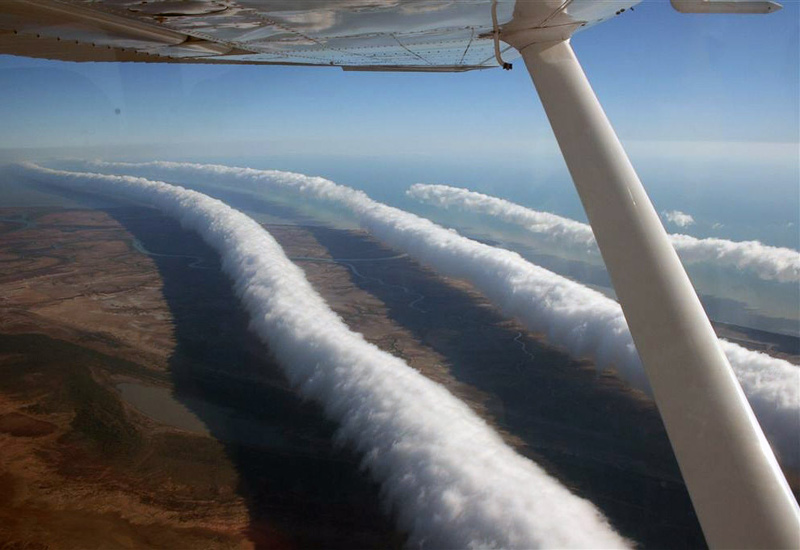 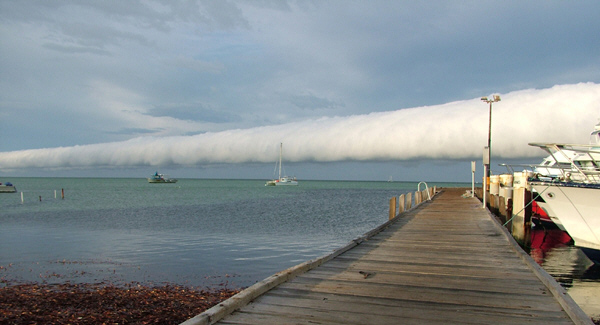 Volcanic lightning- also known as a ‘dirty thunderstorm’, is created when charged particles interact with a volcanic plume, creating terrifying and apocalyptic images like these: 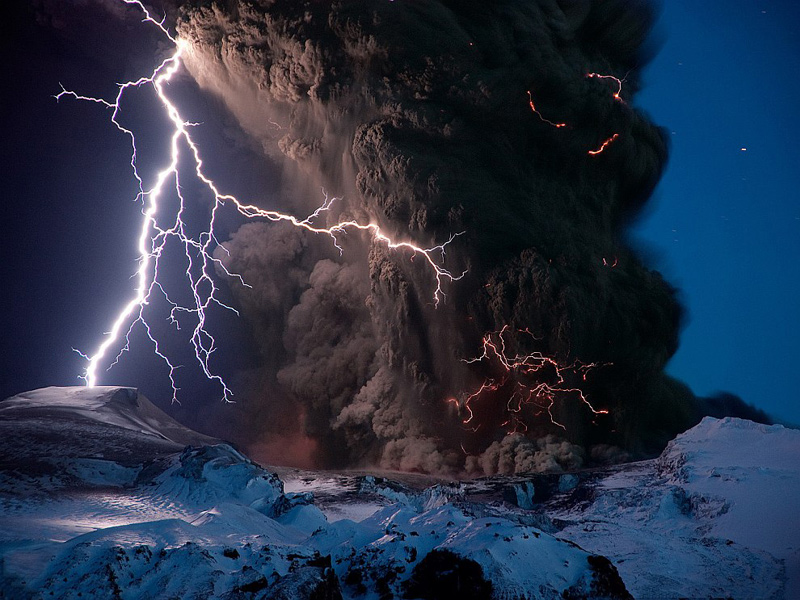 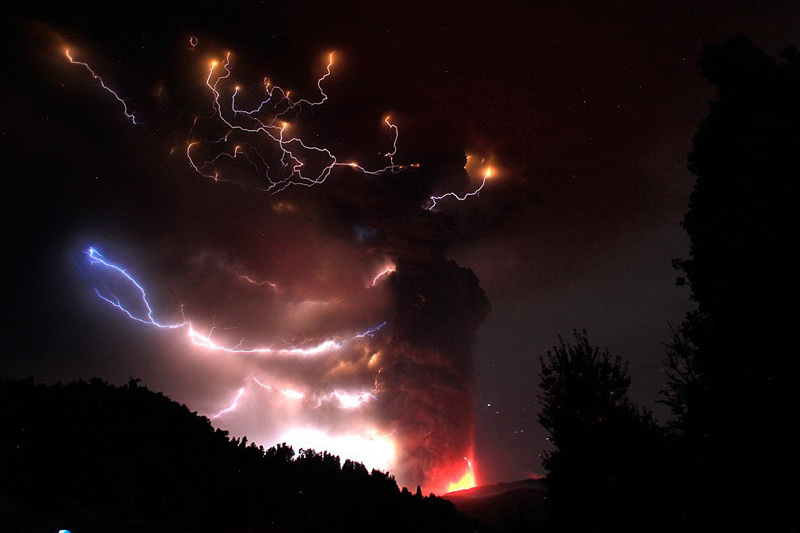 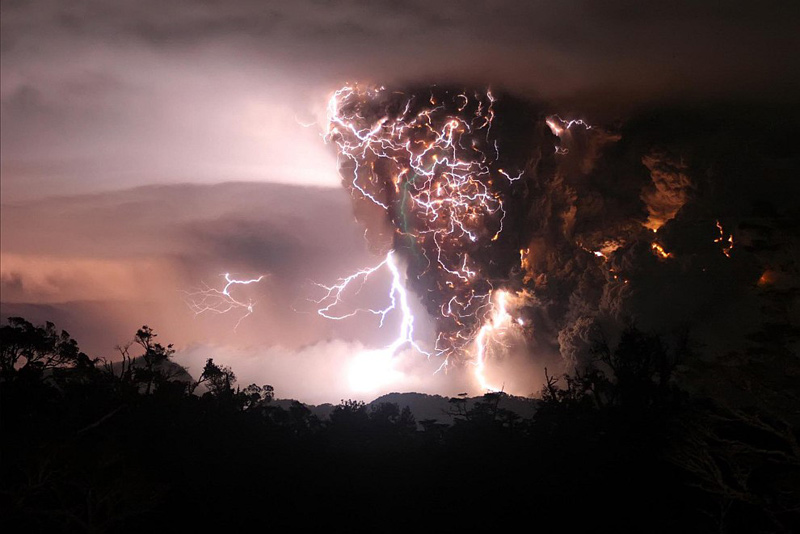 If you think these photos of extreme and rare weather events are stunning, why not share them with your friends?