Last week, on August 24th, a massive earthquake hit the town of Pescara del Tronto, Italy, killing nearly 300, and leaving a further 4000 homeless. Following the disaster, a huge rescue operation began, emergency services from all over Italy, as well as further afield, dug through the rubble looking for survivors.

Among those missing were Giorgia Renaldo, 4, and her sister Giulia, 9. After searching through the debris of their family home, fire crews found Giorgia alive and well. Unfortunately, the same could not be said for her sister. Tragically, she was dead when they found her. 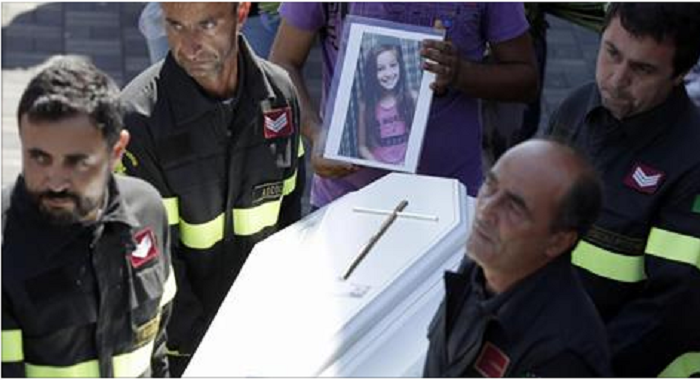 But on closer inspection, the firemen discovered something heart-wrenching. Giulia had actually passed away cradling her younger sister. She was protecting her from the quake, sacrificing her own life to save her sister.

On learning this, one of the crew wrote this moving letter to Giulia: 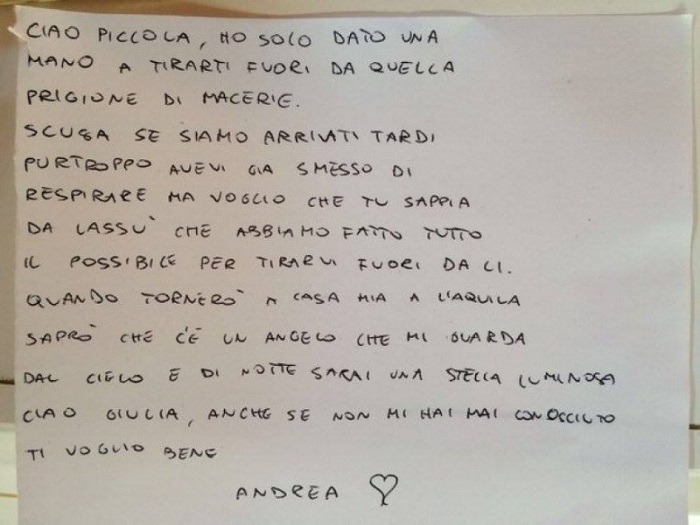 I only helped the others to try to get you out of that prison of rubble. I’m sorry if we arrived too late, you had already stopped breathing but I want you to know, from up there, that we did everything that was possible to save you. When I return to my home, in l’Aquila, I’ll know there is an angel watching over me from the sky and, during the night, you will be a shining star. Goodbye Giulia, even if you never met me, I love you.

Rest in peace, Giulia. You will never be forgotten.