Las Vegas, Nevada. The world-famous hotel and casino The Bellagio has experienced a devastating fire. Emergency response units were called to 3600 S. Las Vegas Boulevard late last night after a blaze broke out on the roof, quickly spreading out of control. The response was quick and the fire was soon contained. But images and video clips from the scene are pretty shocking nonetheless.

Vegas’ Assistant Fire Chief Larry Haydu said this about the incident: “Firefighting efforts were extremely difficult due to the location of the fire and access to the location.” 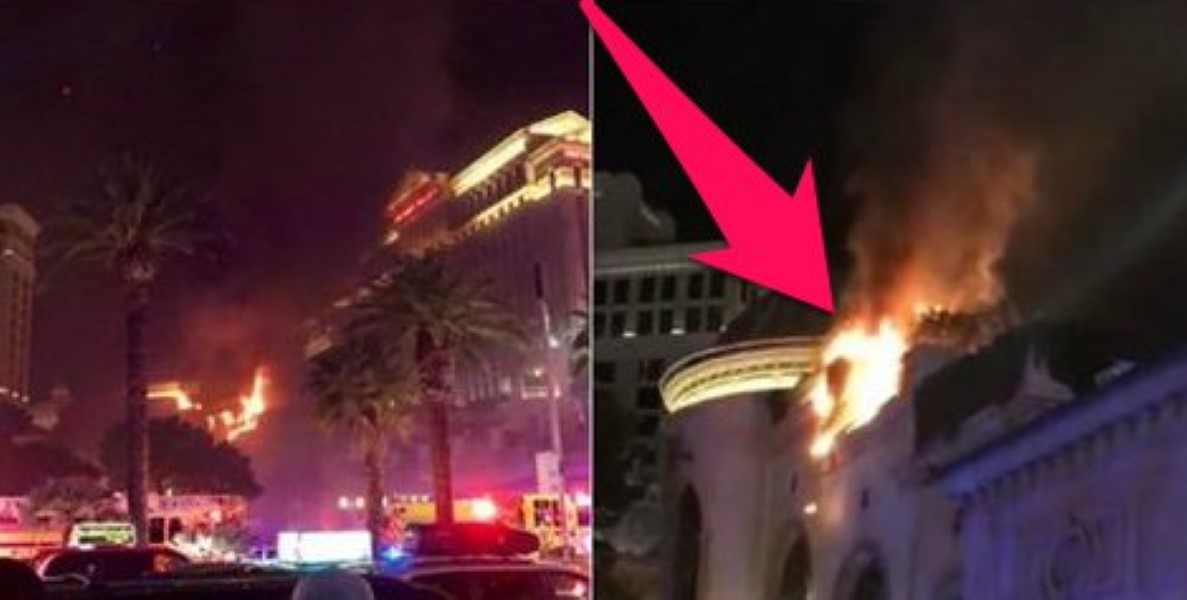 Here are some clips of the devastating fire cut together. Thankfully no one appears to have lost their lives or been hurt as yet…

Not that the fire bothered everyone. Some gamblers take the table VERY seriously indeed. Just ask this dude:

Playing at Bellagio. The building is on fire. I'm not leaving while these guys still have chips. ????