Jeanean Thomas decided, after months of being pestered, to buy her six year-old daughter Peyton a skateboard. They made their first trip to the local skateboard park and were both a little nervous. Neither knew how to do it and a large group of teenagers dominated the space, smoking and swearing. Jeanean took a seat on a nearby bench to consider whether they should go back home.

While she thought things over, she saw one of the teenagers approached Peyton. Her heart skipped a beat… 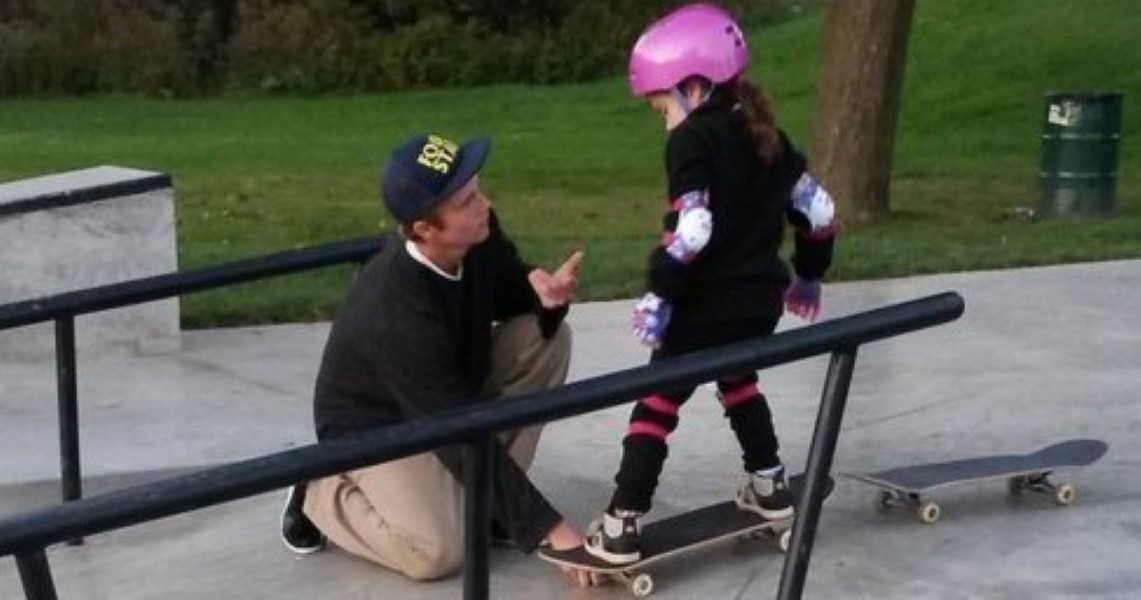 But when she heard what he was saying? Relief and pure joy. He was giving her pointers to her technique. Even though his friends were laughing at him for it…

She’s since written this open letter to the boy:

“She proceeded to go down the ramp in spite of you and your friends flying past her and grinding rails beside her. She only had two or three runs in before you approached her and said ‘Hey, excuse me…’ I immediately prepared to deliver my ‘She’s allowed to use this park just as much as you guys’ speech when I heard you say, ‘Your feet are wrong. Can I help you?’”

“You held her hand and helped her get up when she fell down and I even heard you tell her to stay away from the rails so that she wouldn’t get hurt. I want you to know that I am proud that you are part of my community, and I want to thank you for being kind to my daughter, even though your friends made fun of you for it.”

“She left the skate park with a sense of pride and with the confidence that she can do anything, because of you.”

What a story! Apparently now Peyton can’t stop skateboarding and loves her bran new hobby. And – thanks to the teenage kid – she’s better than ever before!