Ever heard of a natural cesarean before? No me neither. Well, it is the latest trend in birthing methods among new mothers. It basically combines the key aspects of both natural childbirth and cesarean sections. During a natural cesarean, doctors make a small incision at the top of the mother’s abdomen, ease the head out, and then leave the baby to push its way out of the stomach.

Pretty amazing, hey? Well now, an instance of this new trend has been recorded on camera and uploaded onto social media… 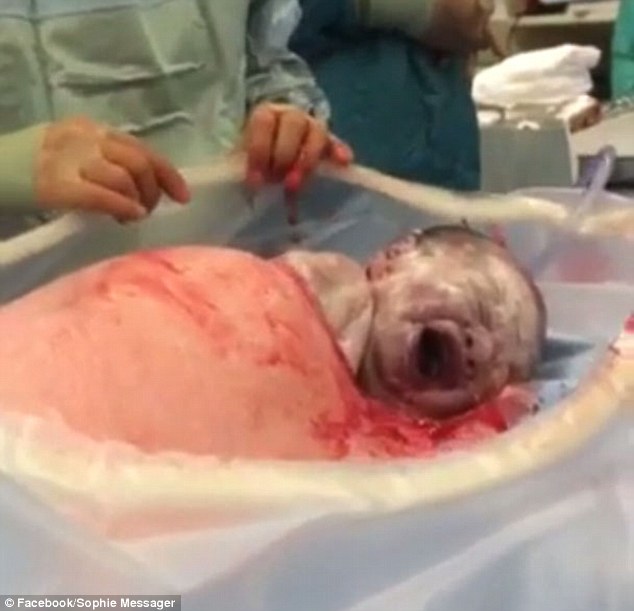 Sophie Messager, a “childbirth educator,” uploaded onto Facebook a video of the unnamed lady giving birth in Nottingham City Hospital, England. The footage shows the infant effectively delivering himself, whilst maternity staff look on. After the incision is made, he gradually pushes himself out of the womb. The mother can be heard to say “Oh look at him!” 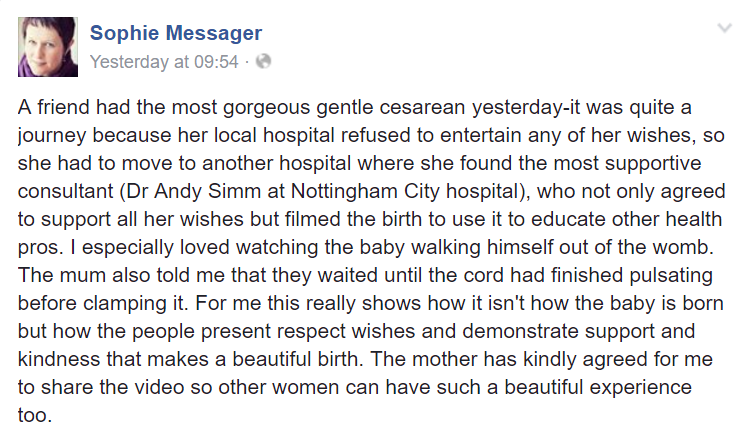 The video had 2.2m views in 24 hours, as well as over 30k shares. This may well be a birthing trend that catches on!

Watch the beautiful moment below: