Star Wars super fan Daniel Fleetwood, like millions of other fans across the globe, was stoked about the new Star Wars movie coming out at the end of the year. Even though he was ill, his excitement was growing. Fleetwood was diagnosed with spindle cell sarcoma, a very rare form of cancer. But just one month later he was given two months to live.

Daniel and his family were devastated. But Daniel’s main concern? He wouldn’t live long enough to see The Force Awakens. If he could see the new Star Wars before his time came, he’d at least die a little happier. So his family got to work…

They set up a PR campaign with the hashtag ‘#ForceForDaniel’. And it didn’t take long before the bigwigs at Disney and LucasFilms to rally together and set up a special screening for him! 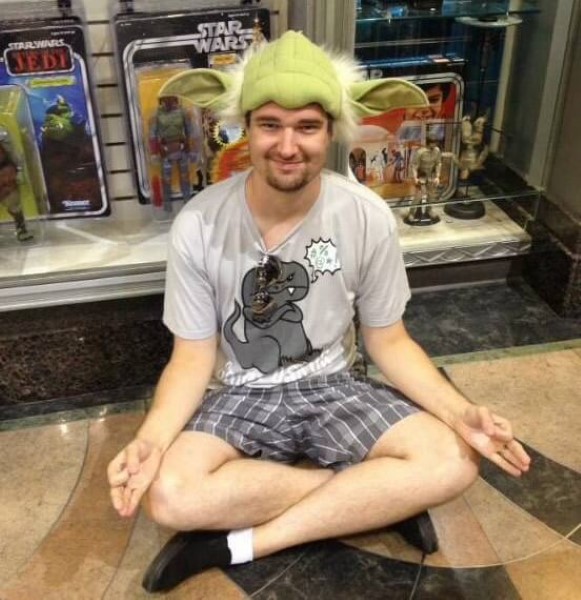 Daniel and his family were very grateful at the awesome showing of kindness from the producers, as you can tell from this Facebook message: 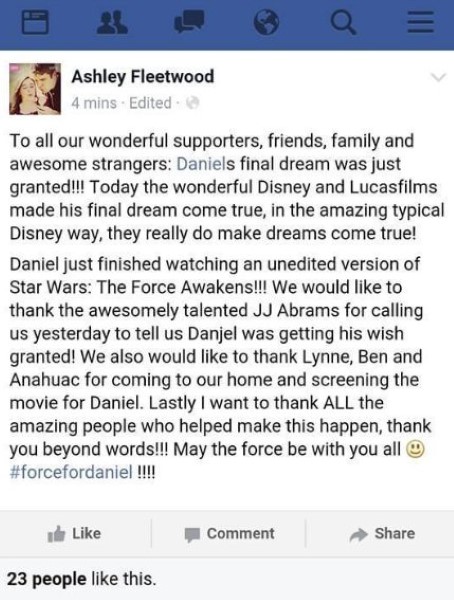 Here’s a news report about #ForceForDaniel: