The now infamous Facebook Live Killer Steve Stephens is dead. He killed himself after a short chase with police in Erie, Pennsylvania. But his capture and subsequent suicide is all down to the quick-thinking members of staff at McDonald’s…

Stephens had called in and ordered twenty Chicken McNuggets and was waiting in his car while they were prepared. Employees recognized him and phoned police. They then deliberately – and bravely – delayed his order so as to stall him.

It’s now thought that those involved in the smart plot will get to share the $50,000 reward that was on offer to anyone who shopped him.

Cleveland Mayor Frank Jackson said this about the $50k reward before he was found: “There is an award up to $50,000 for the arrest of Mr. Steve Stephens. The money comes from the FBI, ATF and U.S. Marshal Service.” 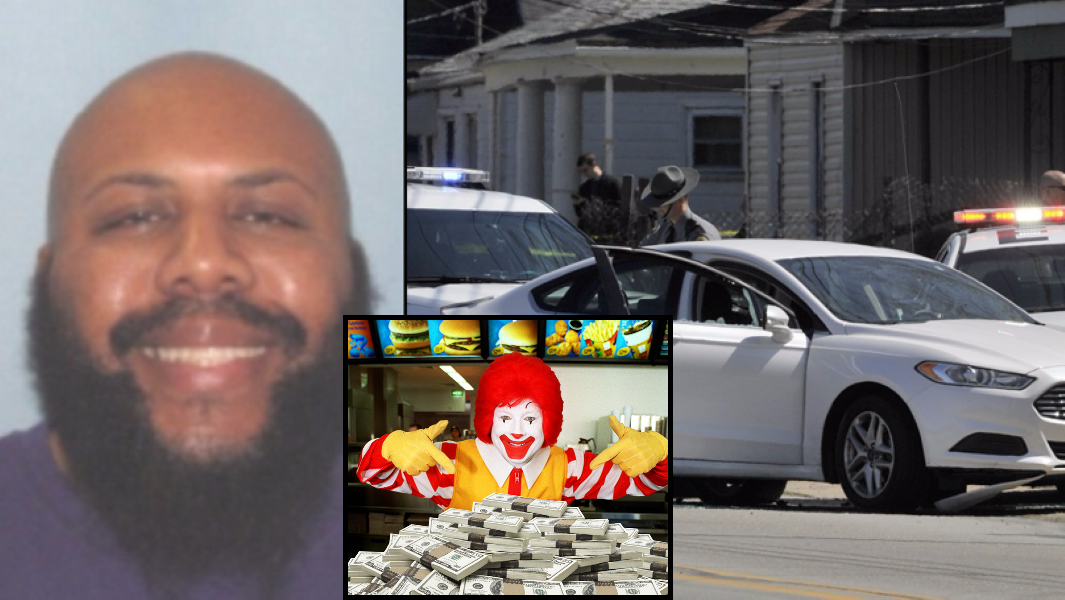 Here’s more on the reward money…