Whoever runs their Twitter feed was on fire when they got involved in a conversation between two burger lovers over which deal was better – their ‘4 for 4’ deal. Or their rival Hardee’s. The social media people of both burger joints became involved, but there was only one winner…

Here’s what went down when Twitter burger wars started: 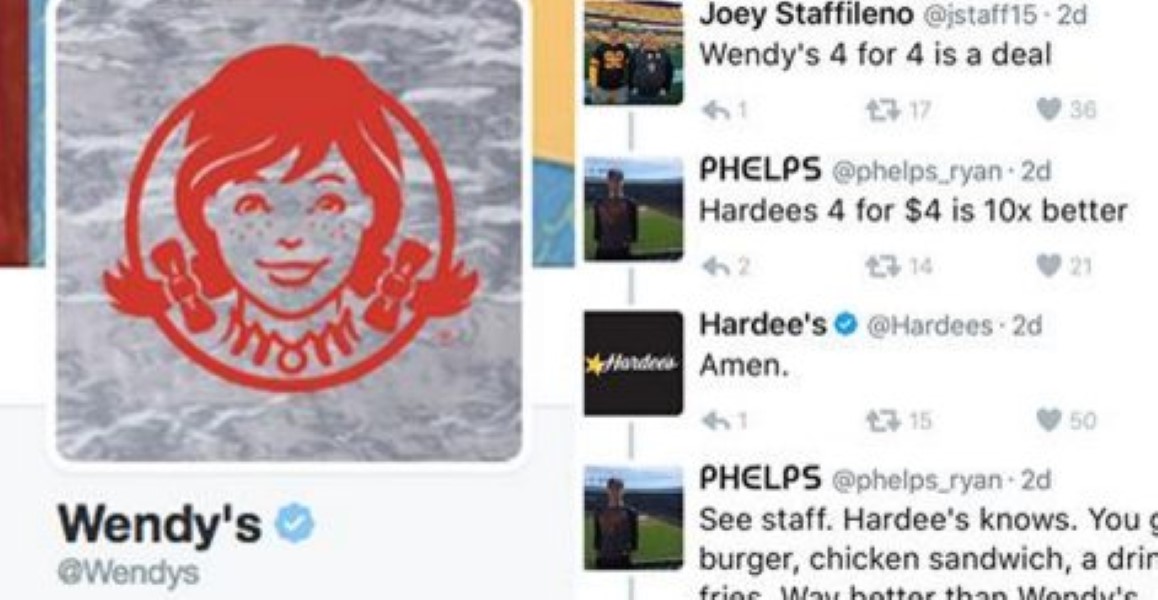 Alright, here’s the full run-down of exactly what happened between Wendy’s and Hardee’s on Twitter.

WARNING: This is SAVAGE! 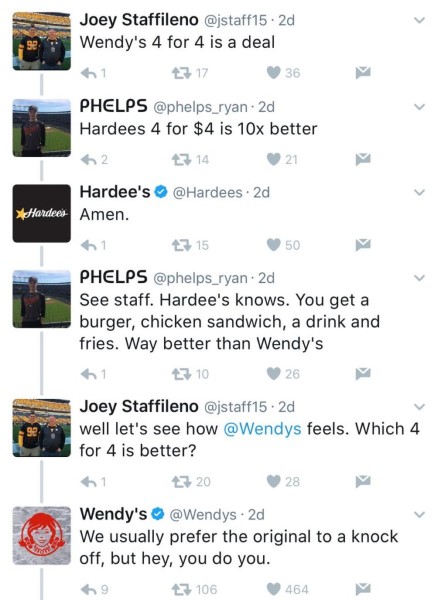 OUCH! But it ain’t done yet. Hardee’s try a comeback, but it fails hard. It ends 2-0 to Wendy’s. Or at least it would’ve had Hardee’s not pulled out… 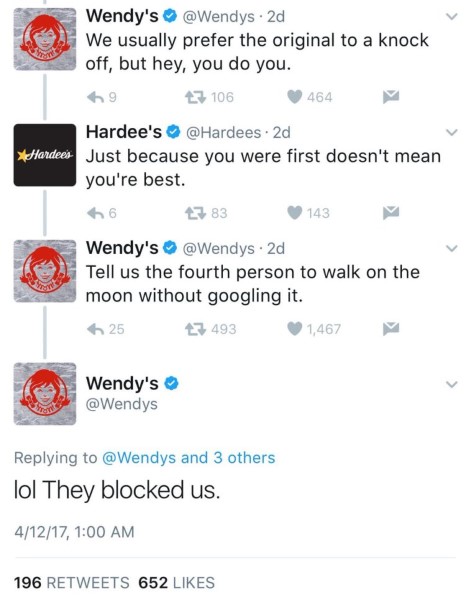 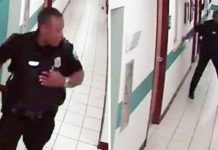