Build Me Up Buttercup is a stone cold classic! The 1968 Foundations hit is one of the most catchy hits of all time. And it’s also incredibly singable, hence it being a karaoke staple. Go to any karaoke bar on a Saturday night and you hear it belted out at least once!

This guy is called TJ Smith and he hosts a series of insanely popular online videos called Highway Sing-a-long. In these videos, he drives around in his car, windows down, blasting out tunes on his radio and singing along. In this clip he’s using Build Me Up Buttercup to get the commuters dancing. 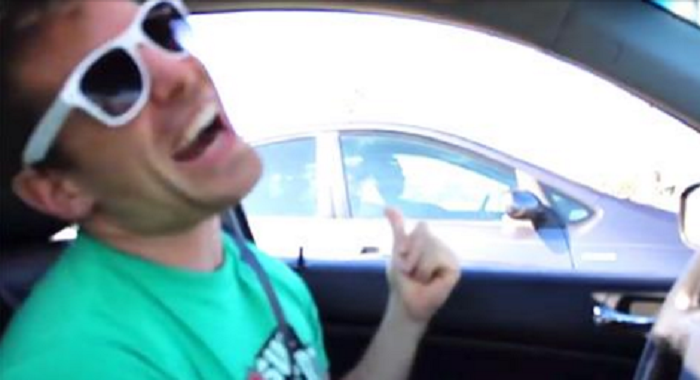 The infectiousness of Build Me Up… is borne out by the reaction of the other drivers. They sing along, bop in their seats, and just generally have a great time. It’s heartwarming to see, in a time when we face many problems as a species, human beings unite in their love of a great tune!