Poachers kills animals. Wild animals – often endangered species. They don’t care. Their ‘job’, as they see it, is to kill big game. But it’s not a game. And it’s not a sport. It’s just plain murder. Shooting a majestic lion or innocent elephant for no reason from hundreds of feet away is cowardly and pointless and sick.

You might remember when we told you about a lion killing a poacher a while back. And, while no death should be welcomed – animal or human – few people showed sympathy.

And yet ‘trophy hunting’ still goes on. As proven in this video here. It shows what appears to be an American woman joining a South African poacher. The woman has shot and killed a lion. And is posing for a photograph with it. But some karma is coming their way… REVENGE! 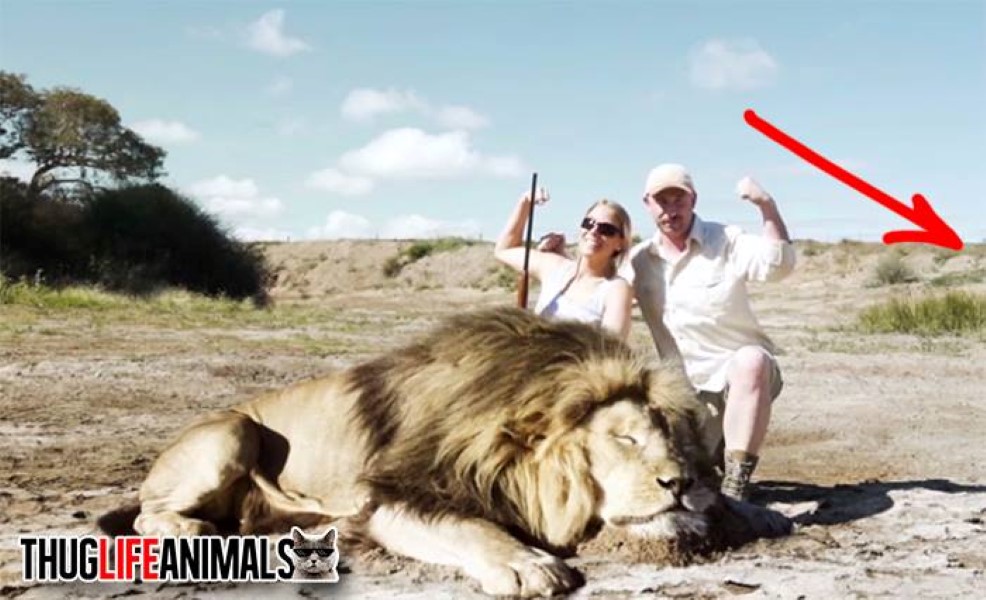