In a mystery Walmart somewhere in the USA, there’s a deli counter. And behind that deli counter is a man called Shane. And Shane is a legend. You see, Shane is the world’s most subtle anarchist. He’s started a revolution so small that it barely exists, but how he goes about it is HILARIOUS. Pictures released by a colleague of his show whiteboard messages left to Shane by his bosses who are growing tired of his madcap behaviour. We’re not going to try and explain what he gets up to, though. A picture tells a thousand words and all that… 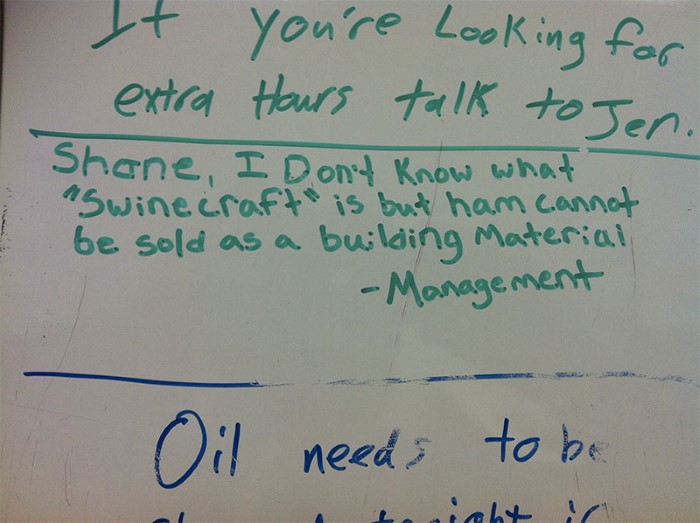 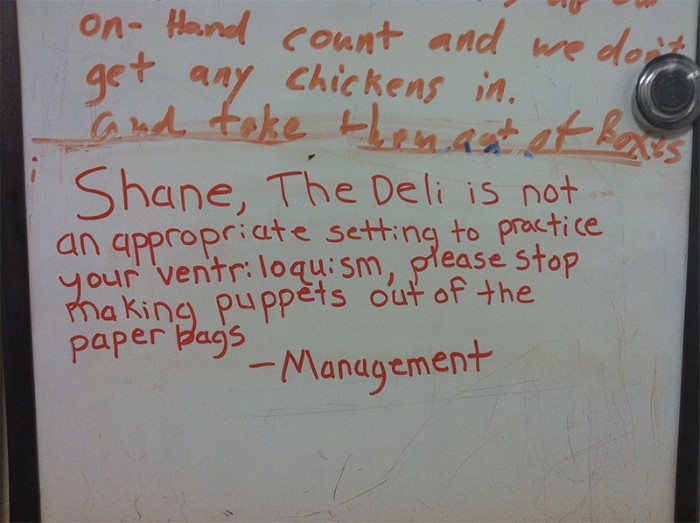 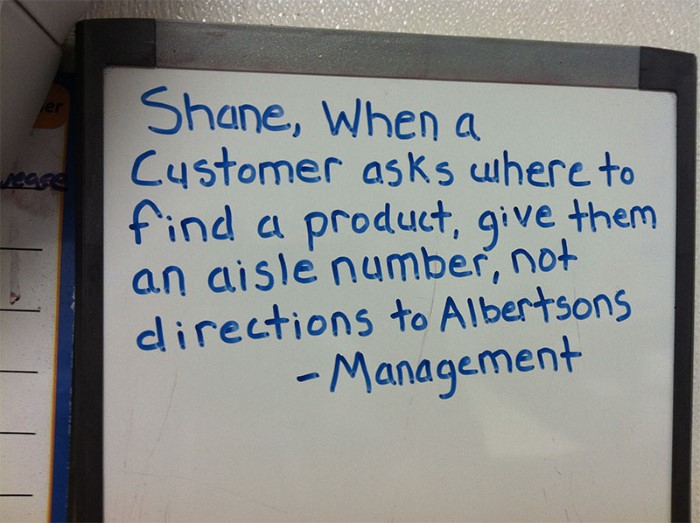 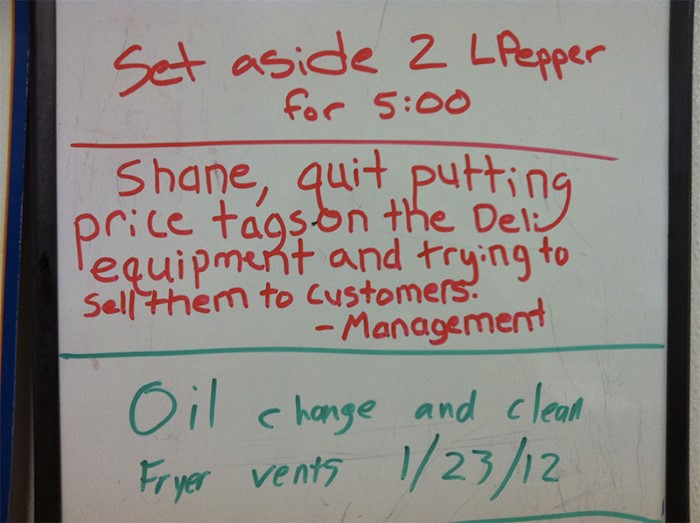 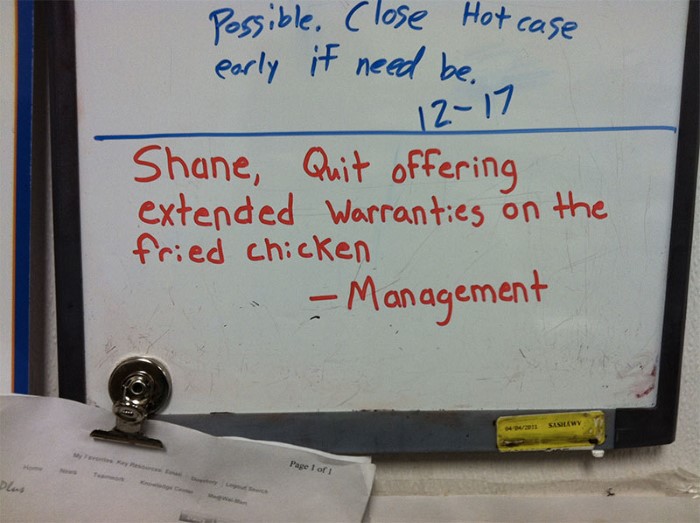 Who Want To Be a Walmartaire? 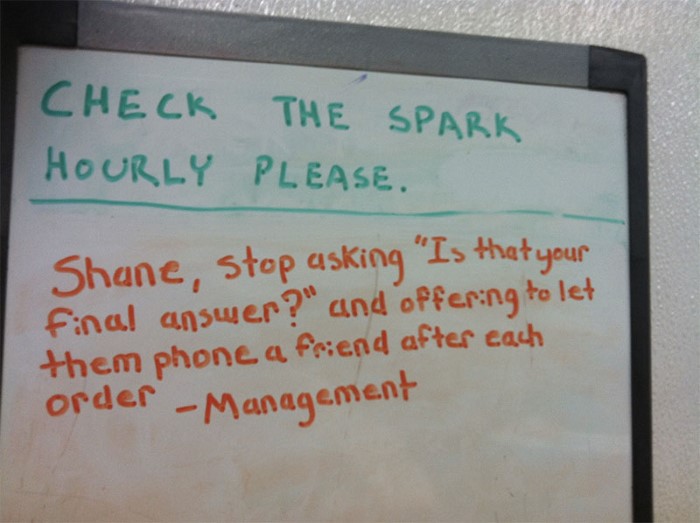 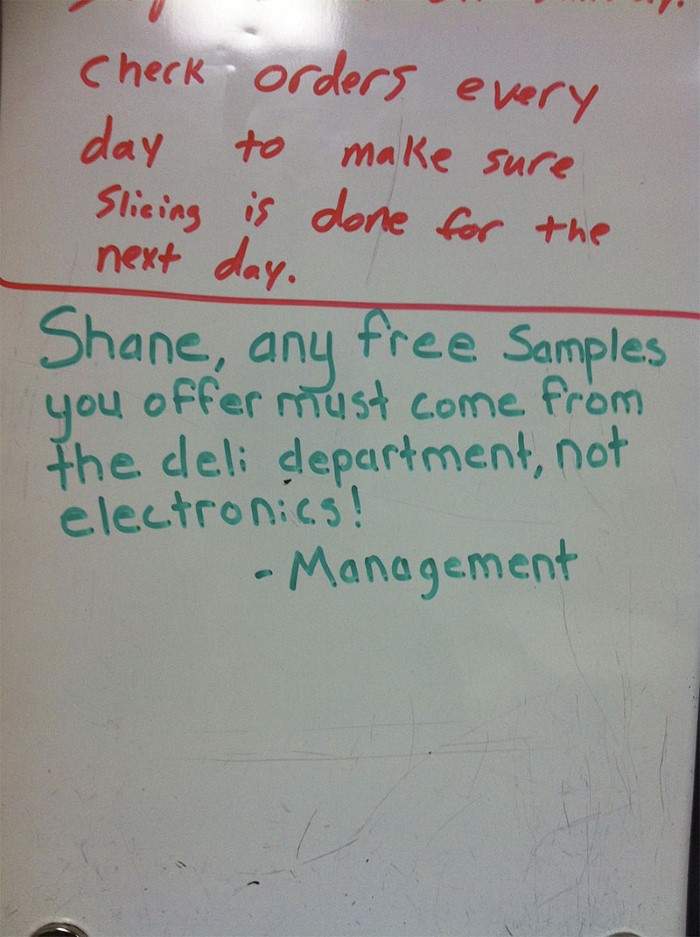 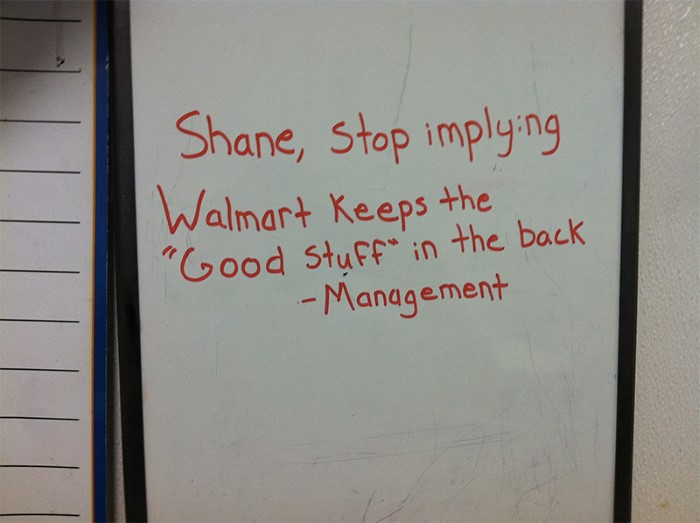 Shane, Michael, Ahmed and Michelle need to listen to this 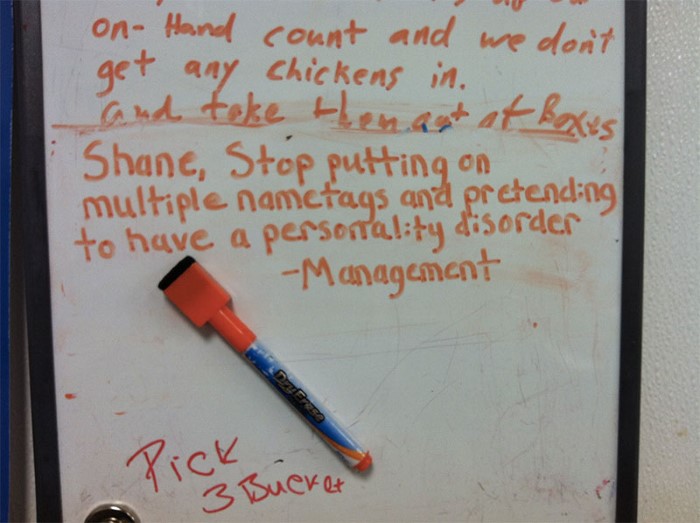 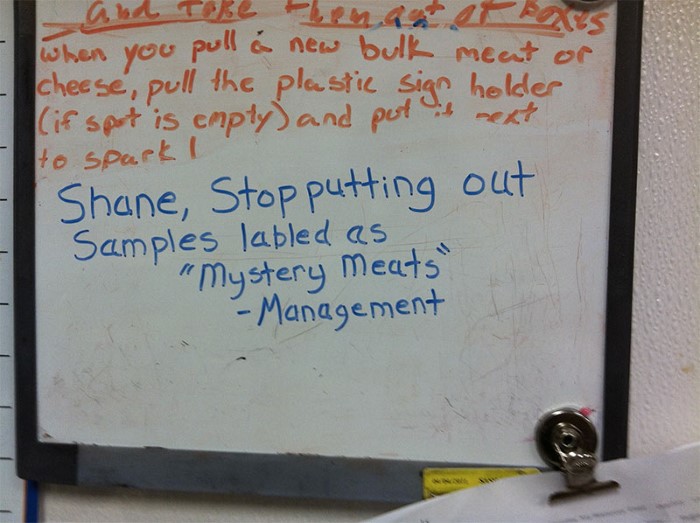 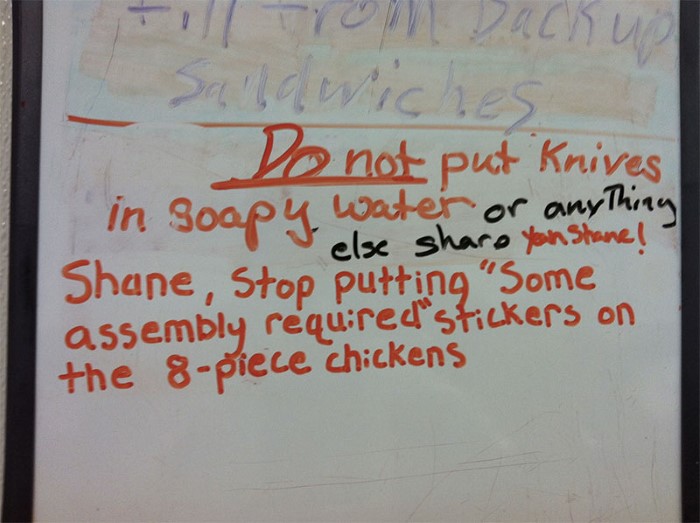 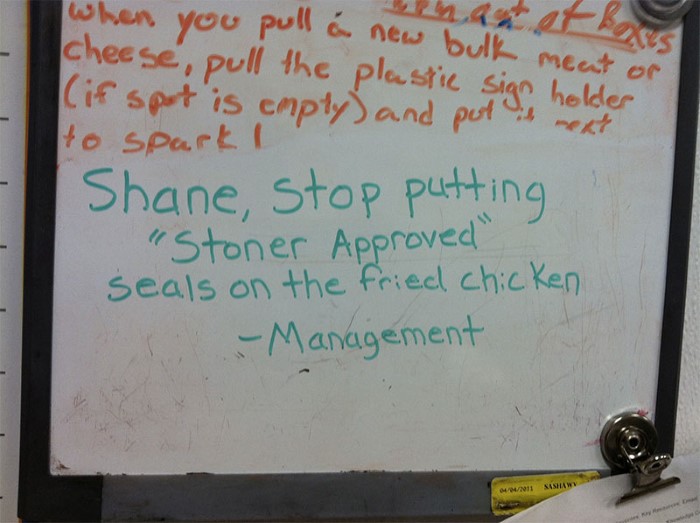 Shane’s really gone out of his way to prank the management and you’ve got to respect him for it (unless you’re his boss, of course…). Help spread Shane’s message of low-level anarchy against The Man by sharing this post with your pals today.