There were 43 horses in the giant barn when it caught on fire. 15 year-old Madison Wallraf’s father knew it was too dangerous to try and save any personally, so called the firefighters and hoped for the best. But Madison couldn’t stand the idea that her beloved horse Red would die. So, against her father’s wishes, she rushed to the barn.

Incredibly, and against all odds, Madison managed to save a staggering 25 of the horses in the flaming barn, including her best friend Red. Tragically, 18 of the horses lost their lives, but Madison’s efforts were amazing. Hear her story here:

Did you know?
Horses have the largest eyes of all land mammals and THREE eyelids on each eye! 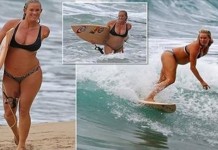 Surfer Who Lost Her Arm To A Shark At 13, Shows Us How To Surf While Pregnant! 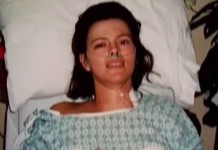 With Her Kids Trapped Inside a Runaway SUV, This Mom Had To Make a Terrible Sacrifice… 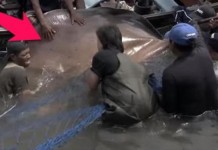 They Catch a 400lb Monster… But What Happens Next Is Even Rarer Than That!