Here’s an incredible find for you… A Michigan man discovered the remains of a prehistoric Ice Age mammal in HIS BACK YARD! Most people would expect to find just whatever the dog buries out there, but Daniel LaPoint Jr. found most of a mastadon skeleton. Not a bad discovery, is it? He first noticed what turned out to be a giant rib sticking out of the ground. Him and a friend spent the next four days pulling bone after bone out of the earth, until they’d got a staggering 42 mastadon bones in their collection! 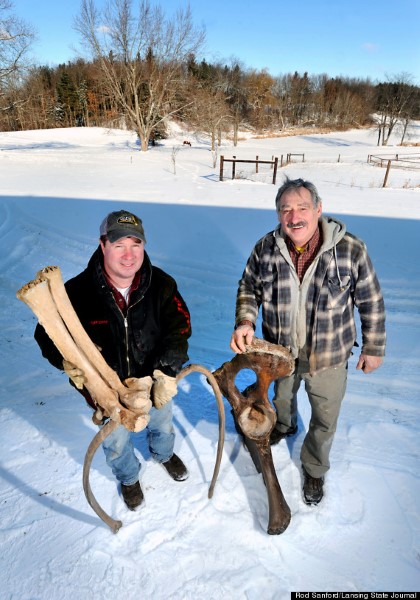 Mastodons were five ton beasts that closely resembled the woolly mammoth. They’re close ancestors to the modern-day elephant. The pair of accidental Indiana Joneses plan on keeping a couple of small bones as souvenirs, but will be donating most of the mastodon to The University of Michigan’s Museum of Palaeontology. 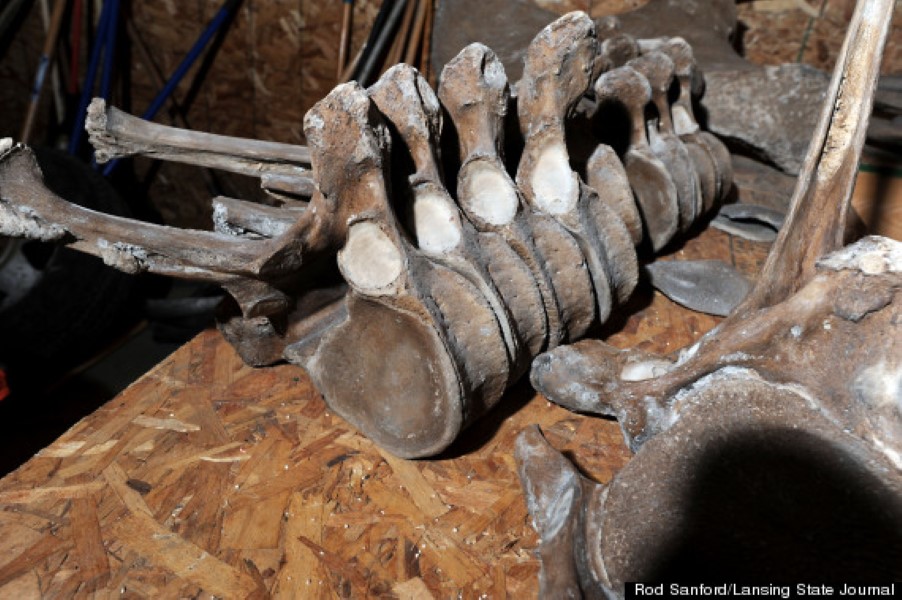 Experts believe that the mastodon is from about 10,000-14,000 years ago and may well have been killed as food for early humans. The elephant-like creature is thought to have been around 37 years old when it was slaughtered for meat.

LaPoint told his local newspaper: “Once these things go to the museum and get crated up, you’re not going to get to touch them again. It’s over with and I was that kid who wanted to touch that thing on the other side of the glass. All the kids got to pick them up and hold them. Some kids, it was life-changing for them. To change one kid’s life because they got to touch it, I think, is an incredible opportunity.” 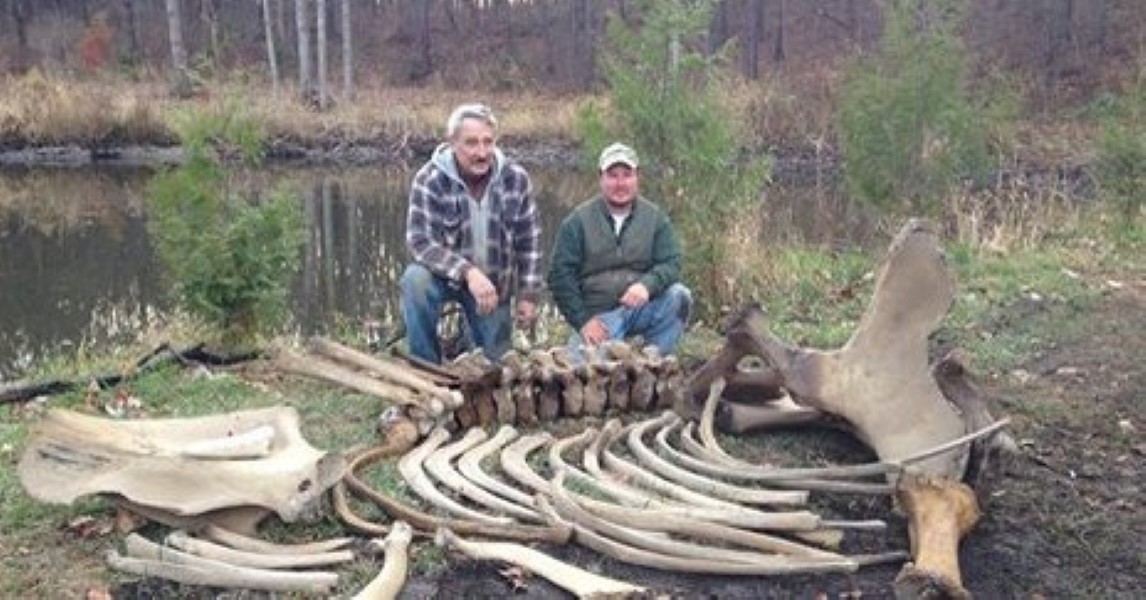 Did you know?
The name ‘Mastodon’ literally means ‘Nipple tooth’.