We all know about the terrible body image issues that some women can develop because of how they feel that the media portray women and the ‘perfect’ body. There’s the Photoshopping and airbrushing for starters. Then the emaciated women on catwalks and surgically-enhanced models of the glamour industry. It can difficult to match up. But doesn’t that also apply to men? There are plenty of examples of male physical perfection paraded in magazines and on TV. Not to mention the cinema. Or internet. Most men love sport and what’s sport if it’s not mostly a plethora of physically fit men?

So to illustrate this, the UK’s most popular tabloid newspaper, The Sun, ran a competition for readers to send in some cheeky snaps of themselves recreating famous underwear ads. And the results are brilliant!

Here’s a ‘heavy-set’ gentleman posing in the same way as Swedish model and former footballer, Freddie Ljungberg famously did for Calvin Klein. He may not have the cutglass cheekbones or deep tan, but he’s a REAL man (you can tell by the beard!) 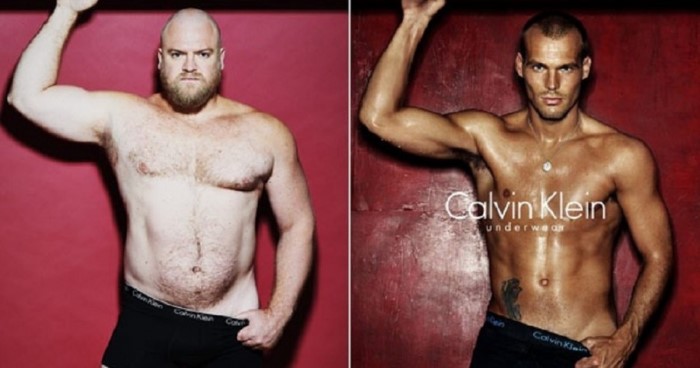 Real Madrid forward Cristiano Ronaldo is often said to be the perfect athlete. And he’s not ashamed to demonstrate his rather special physique at every available opportunity. But, hey – Emporio Armani pants can look just as good on Joe Bloggs, right?! 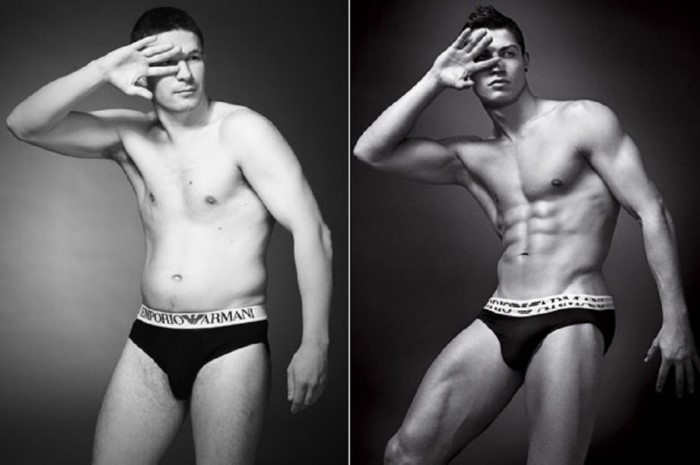 Arguably the world’s most fancied man, model David Gandy gets hearts fluttering wherever he goes. And it’s not difficult to see why. He is rather breath taking. But that doesn’t mean that normal guys can’t be just as attractive too. The fella here might not win many modelling contracts, but he’s pretty handsome. 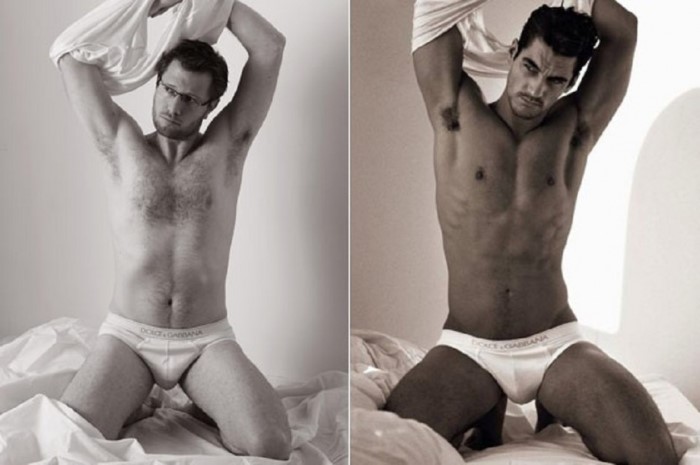 Not that we should get bogged down with how good looking these men are. The point is that there is a gulf in Mr. Average and Mr. Famous, but it shouldn’t affect men’s self confidence. So okay, you don’t look like David Beckham here, but don’t feel pressured! 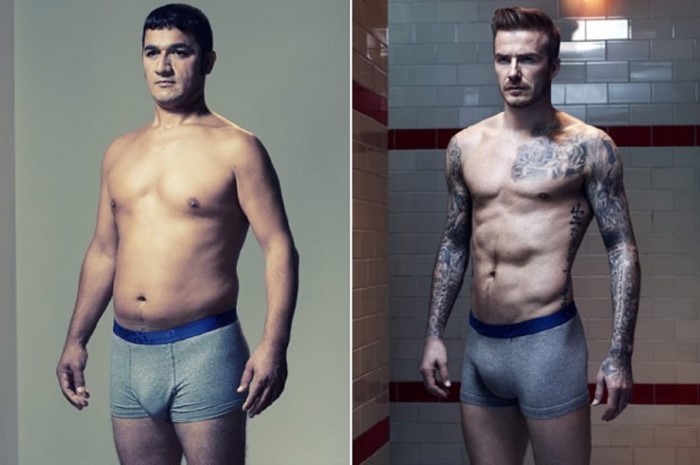 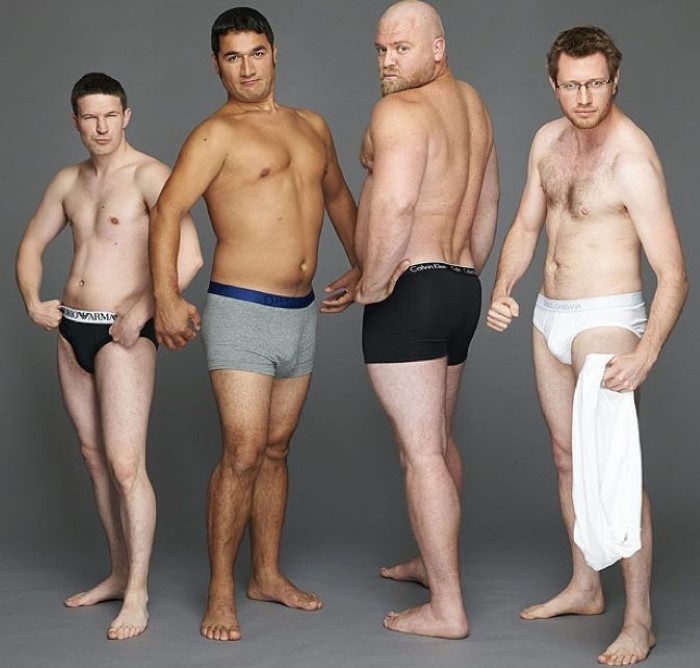 We think this is an important message – why not share it with people you know today?