A horrified Californian diner found something sickening in his fried chicken meal this week, something that might just put him off fast food forever… Devorise Dixon unwrapped his Kentucky Fried Chicken meal in Wilmington, California, only to find that his ‘chicken’ had a tail. A distinctly rat-like tail. He’d unwittingly ordered Kentucky Fried Rat.

Devorise took pictures of the non-chicken meal and uploaded the pictures to his Facebook account. He then took the meal home, before returning with it a few days later to report it to the manager. 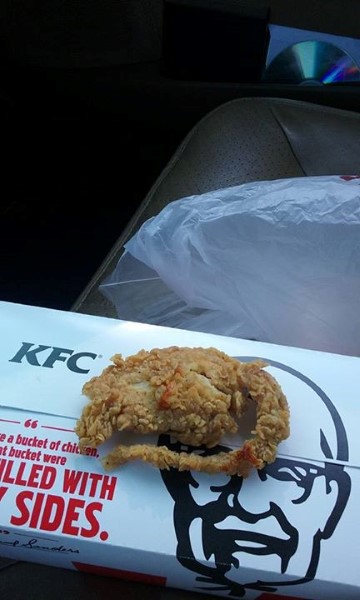 Devorise wrote next to the pictures he posted: “As I bit into it I noticed that it was very hard and rubbery which made me look at it. As I looked down at it I noticed that it was was in a shape of a rat with a tail. It sent deep chills throughout my whole body! I’ve been feeling weird ever since. It’s time for a lawyer, be safe don’t eat fast food!” 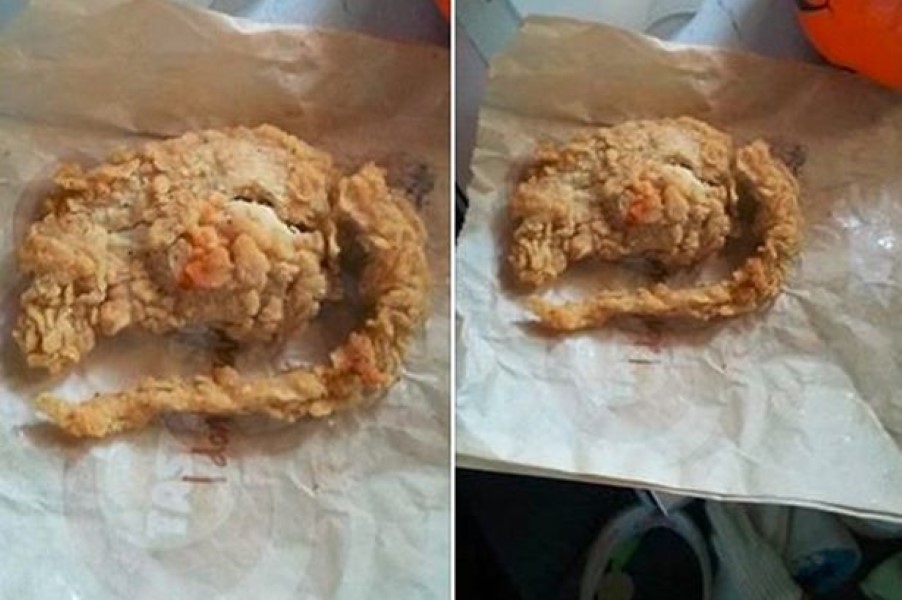 Is it a Kentucky Fried Rat? Or something else? What do you think? Will it put you off fast food or not…?