Back in 2014, Seattle Pacific University experienced a terrifying attack when a gunman opened fire, killing one student and injuring two others. Aaron Ybarra entered Otto Miller Hall brandishing a double-barreled shotgun and began shooting. The sickening attack shocked the city. But while tragic, one good story has emerged from the tragedy: the bravery of a young man called Jon Meis.

Meis tackled Ybarra, pepper spraying him, knocking him to the ground and disarming him. He took away the gun, then wrestled him again to take away his hunting knife and restrain him until police arrived. And the incredible footage of the incident has just been released.

Ybarra has been charged with one count of first degree pre-meditated murder, second-degree assault and two counts of first-degree attempted murder. But forget Ybarra, it’s the heroic Meis that we should be focusing on here… 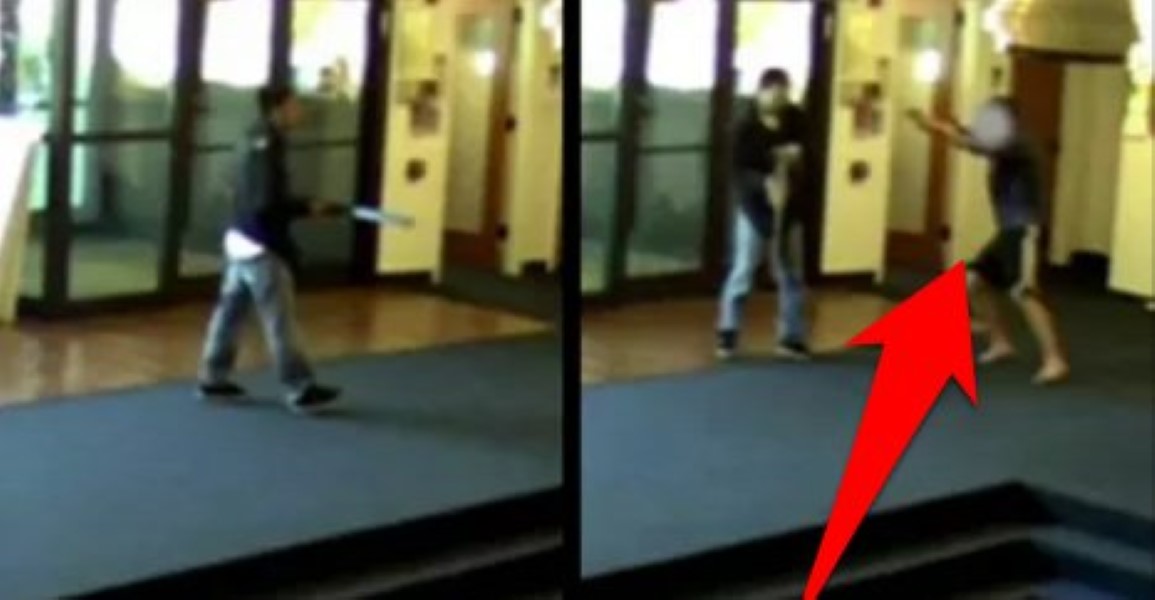 Here’s the incident – caught on security footage. This kid is a serious basa*s!