It’s the news everyone dreads – you’ve got cancer. A notoriously difficult to treat disease, The Big C causes devastation for people across the world. 25 year-old Jia Binhui from Yunlong County in southwest China’s Yunnan Province was diagnosed with blood cancer back in 2013 and has spent upwards of $70,000 on treatment that have so far proved useless.

Now? He’s trying something radical. He’s heard that exposure to heats above 42 degrees Celsius can help kill cancer cells. And so he’s spit roasting himself in his own back yard. 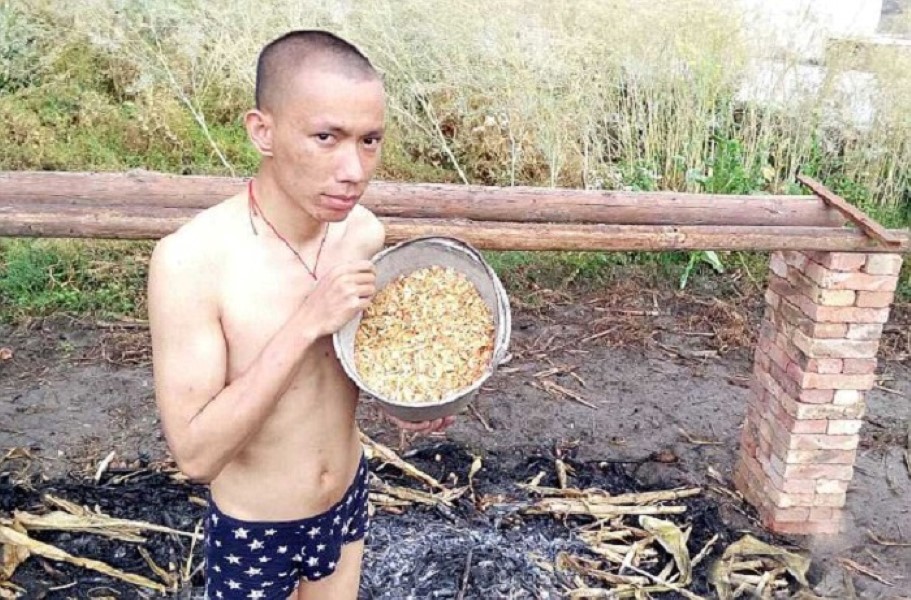 Jia said: “They say experts believe a temperature higher than 42 degrees Celsius can kill cancer cells, so I set up a contraption in my backyard to try. Let’s see if it works.” 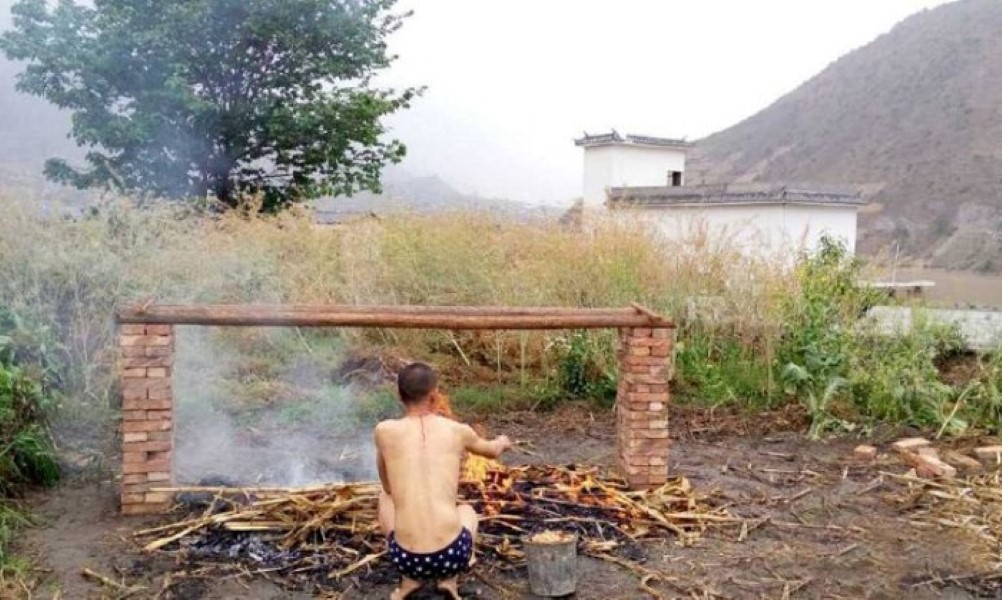 “I’ve been told that it also works in water. But it’s nearly impossible to keep water constantly at 42 degrees Celsius, so I’m using this method instead.” 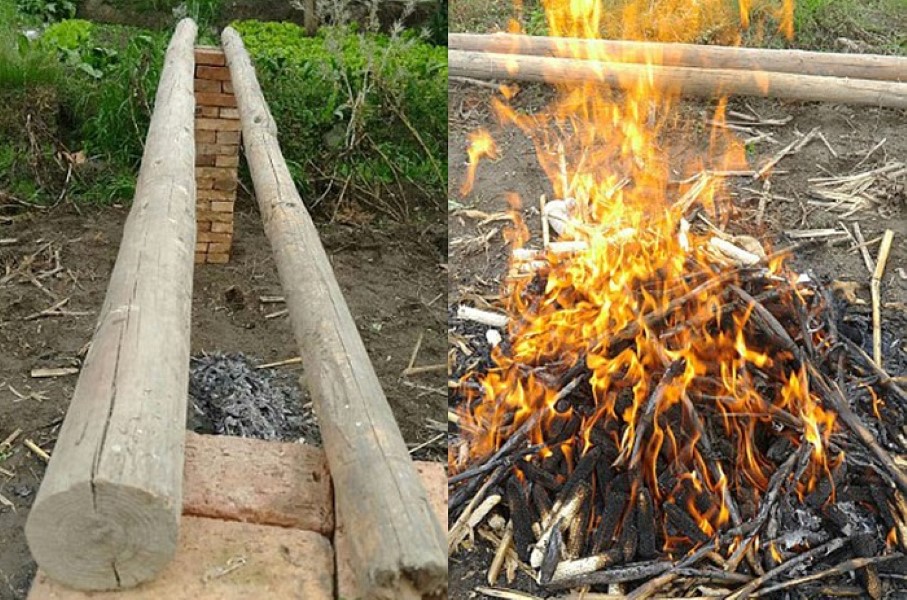 The process is painful, but worth it, he reckons. 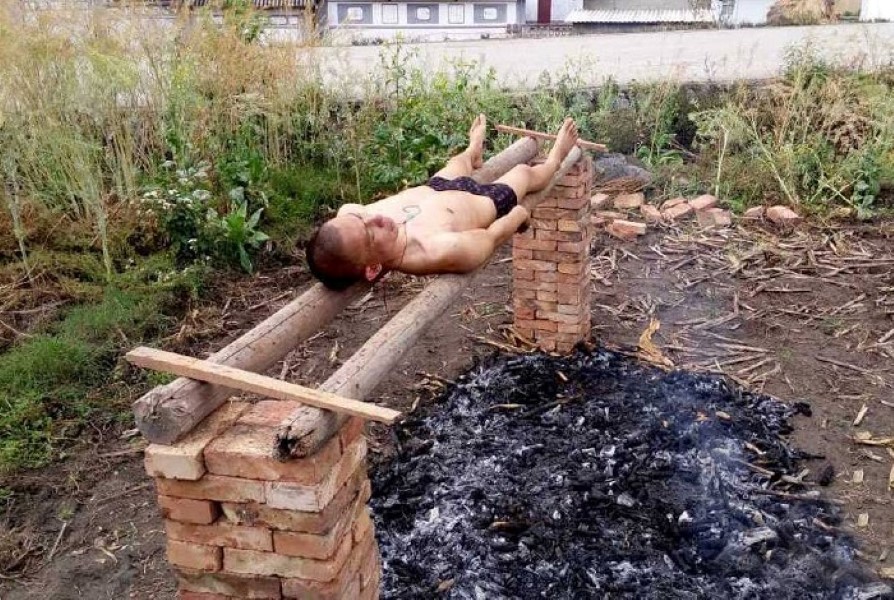 Jia has not long been married to the love of his life, Liu Yuan. He says it’s because of his love for her that he fights so hard to get fit and healthy again. 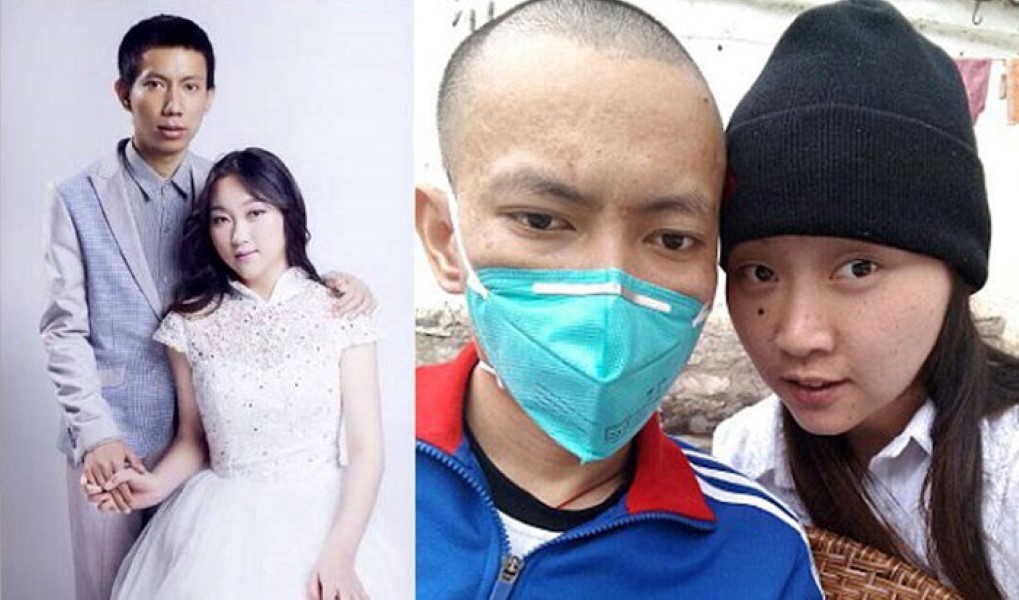 He doesn’t know if his radical alternative therapy has had any positive effect as yet, but he plans on heading into hospital for checks soon to see. We wish him all the best.