Animals can get aggressive, we all know that. When the survival instinct or need to eat arises, they’ll fight tooth and nail to stay alive or get a snack. And we’ve seen it in nature for millenia. There are certain animals we’re used to seeing scrapping and killing each other. Lions and gazelles, those kinds of animals. Heck, even cats and dogs! But the story we’ve got for you here sees two creatures tussling it out that you’d never expect… A seal and an octopus! Who would you see winning this epic scrap? 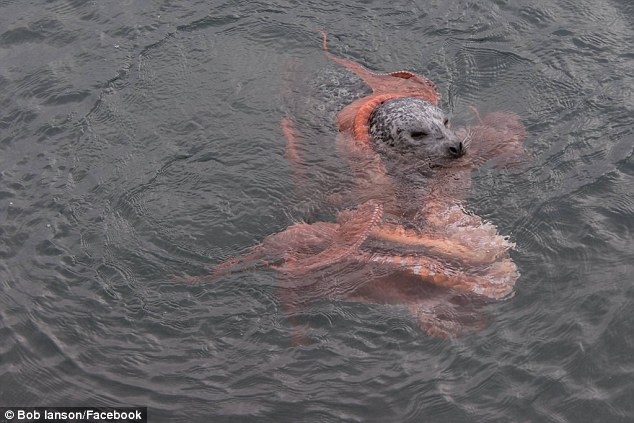 Amateur photographer Bob Ianson saw the duo taking each other at Ogden Point, which is in Victoria, British Columbia, Canada. At first he thought it was two harbor seals going at it, but he soon realized that one of the fighters had eight limbs! 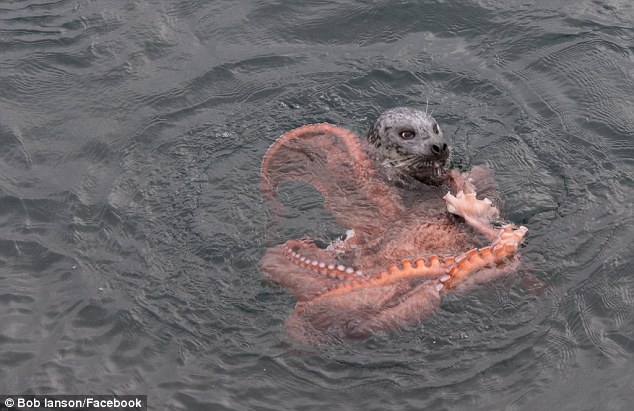 ‘The seal came up with this thing in its mouth, and it was almost as if he looked me in the eye, and presented it to me and said, ‘Look what I have!’ He was looking right at me,’ he told The Huffington Post. 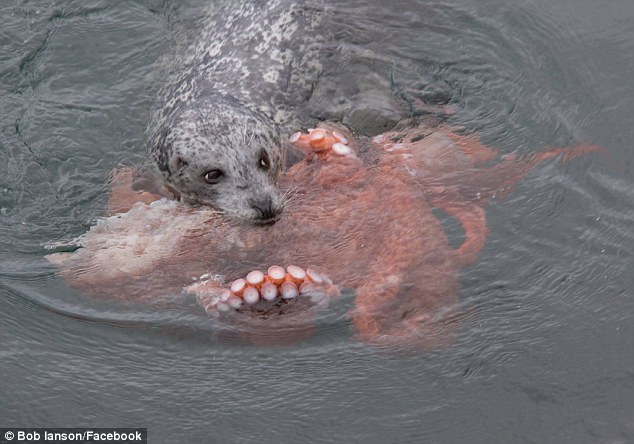 The pair fought for ten minutes… Here is the epic scrap caught on camera: