Cameo Wilson likes handrails. Long ones, short ones, high ones, curved ones, kinked ones… This unbelievably talented chap can skateboard his way over, across and down any rail put in front of him. Even when he doesn’t judge it perfectly (which isn’t often), he still seems to land on his feet more often than not. They should call him ‘The Cat’. Mostly because cats are often nearly run over in the road…

This newest video of his sees him ripping up Vancouver, Las Vegas and Shenzhen. And very nearly dying. Here’s a taster: 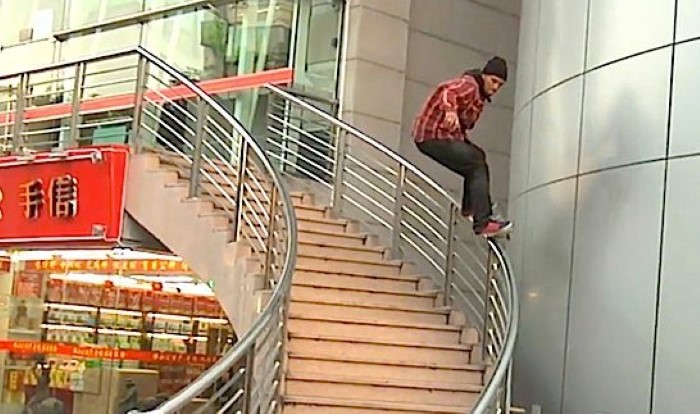 It gets better too, you need to check it out. The speeding car incident occurs around 01:26, but we’d suggest you watch the whole video, it’s brilliant. And there’s a pretty cool soundtrack to proceedings too. Have a look:

That guy’s missing his fear gland, obviously. Though that’s good news for us – all the more ace entertainment for us!