It seems like action star Jason Statham is almost as expendable as the character he plays in the upcoming Sly Stallone flick, The Expendables 3. It was shooting a scene for that very movie recently that saw The Transporter actor almost DIE as the stunt went badly wrong… Statham does all his own stunts and found himself driving a truck when its brakes failed and he hurtled 60ft off a cliff! 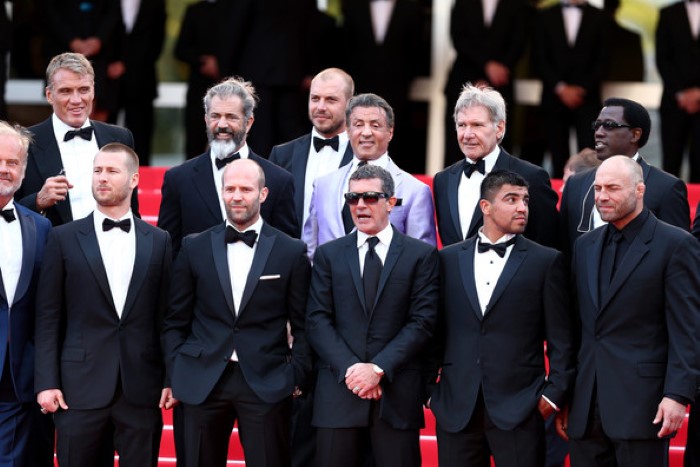 Statham, along with his (many, many) co-stars at The Expendables 3 premiere.

Director Stallone claims that had it have been anyone other than Jason driving, they would have died. Why? Well, because he used to be a professional diver and was able to jump out of the truck as it came crashing down into the sea. Don’t believe us? Well, here is the man in his pre-Hollywood days, diving in the Commonwealth Games:

Weird, huh?! Still, we’re glad of Jason’s aquatic past. It means we can look forward to plenty more popcorn fodder from the man.