Is there a word for something that’s both BRILLIANT and yet ABSOLUTELY UNBELIEVABLY STUPID at the same time? Only if there is, instead of the words you’re currently reading, we should really just copy and paste that word a thousand times for this story. Picture the scene, a gang of teenagers in a city just outside of Moscow are caught up, like everyone else, in the city’s heat wave. But, unlike everyone else, they decide to make their own swimming pool. Using one of their living rooms. 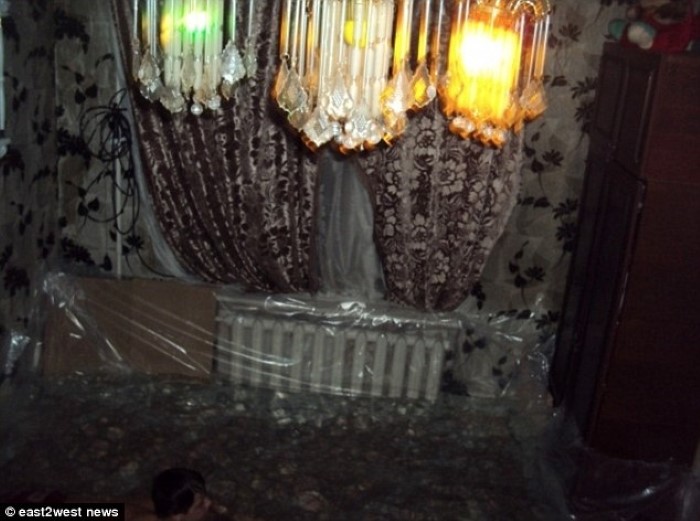 Temperatures soared to an usually high 36C, so the kids were left with no other choice (obviously). They lined the floors and walls with polyethylene film, taped it up and got out the hose… 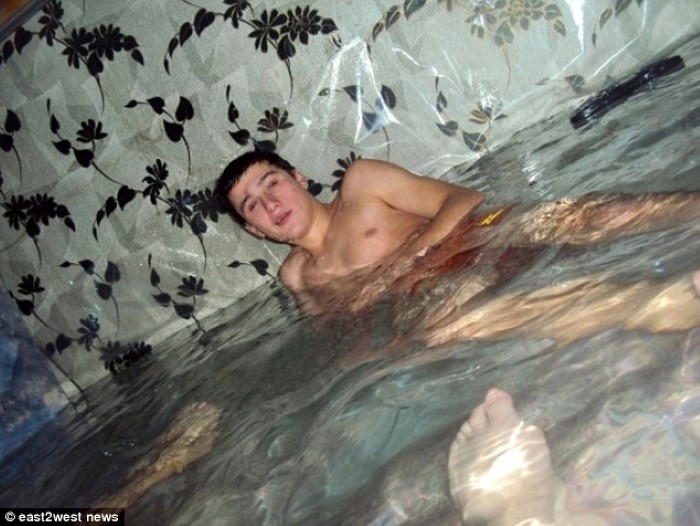 It’s not known whether they had permission for the project, but let’s be serious about it… OF COURSE THEY DIDN’T! 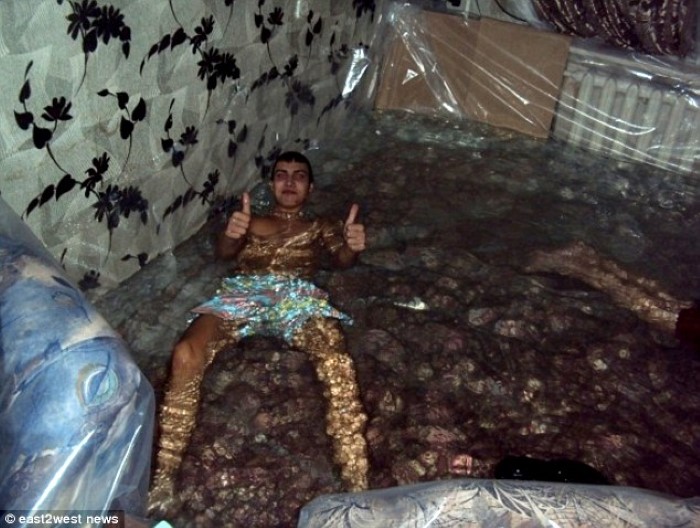 This is probably the absolute epitome of the the idea of ‘thinking outside the box’, isn’t it? 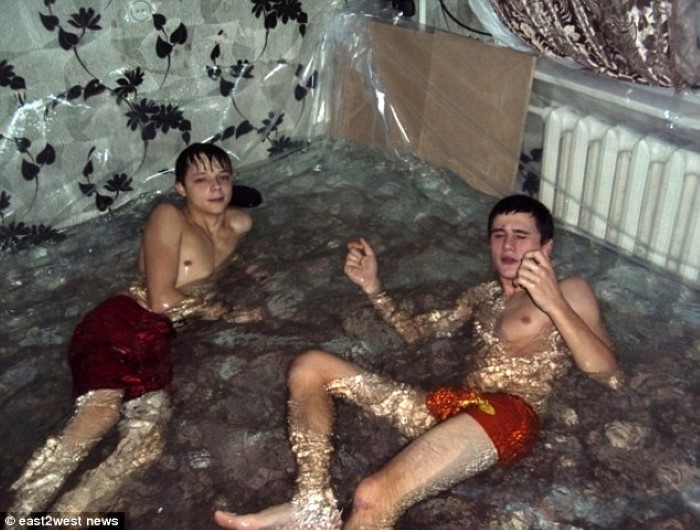 The lads posted the photos on Russian social networks, but didn’t reveal quite how they planned to get the water back out again! 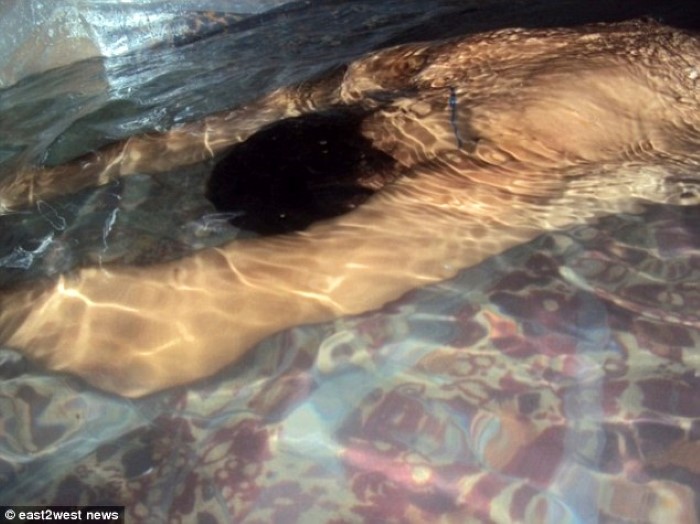 Nor did they mention whether any of them got busted for it! 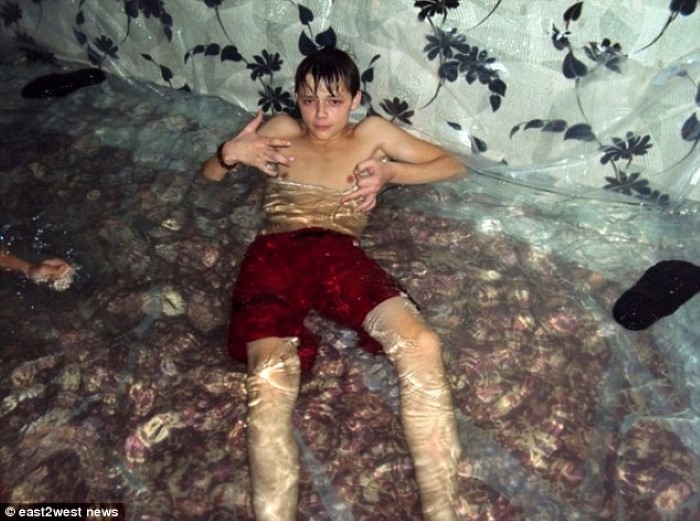 Still, it’s pretty enterprising. We hope they got away with it. We also hope they didn’t split the film at all when swimming about… 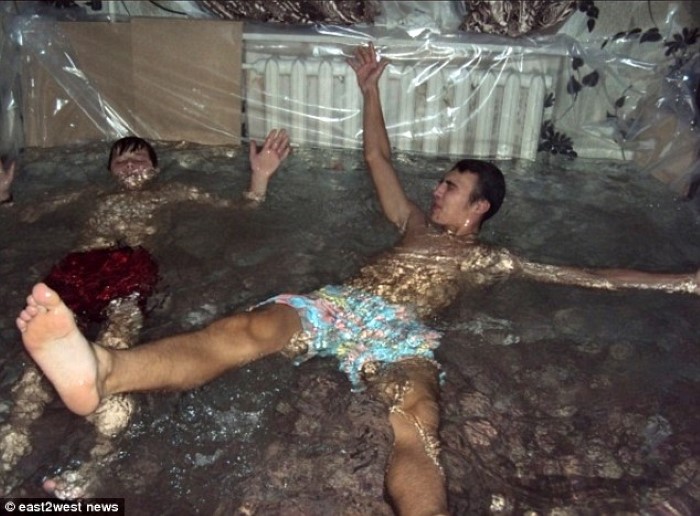