Presenting… The most spectacular gallery of animals shots from a photographer that we’ve probably ever seen. This gallery of fox pictures from Dutch photographer Roeselien Raimond is nothing short of brilliant. But not only are these pictures wonderful, they really make you think about the plight of these furry little things.

Have a look and see what we’re talking about. 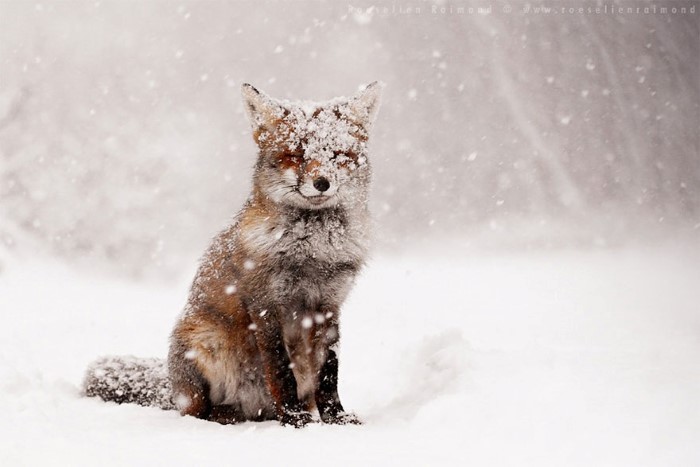 These photos are so amazing because foxes aren’t really an animal that we get to come in any real close contact with. 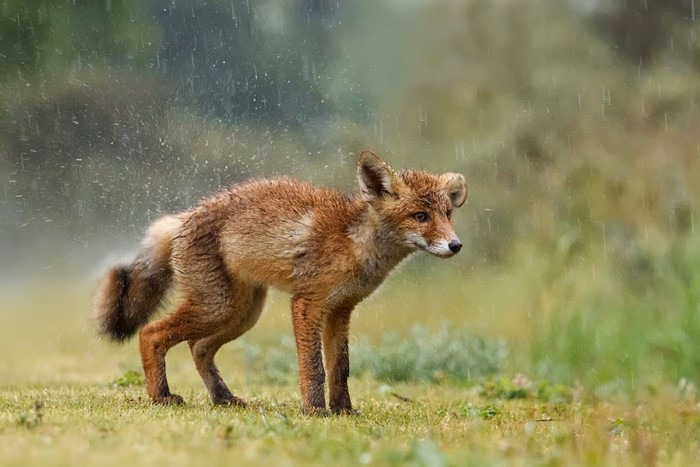 Why don’t we see more of them? Well, for a start, foxes are nocturnal… 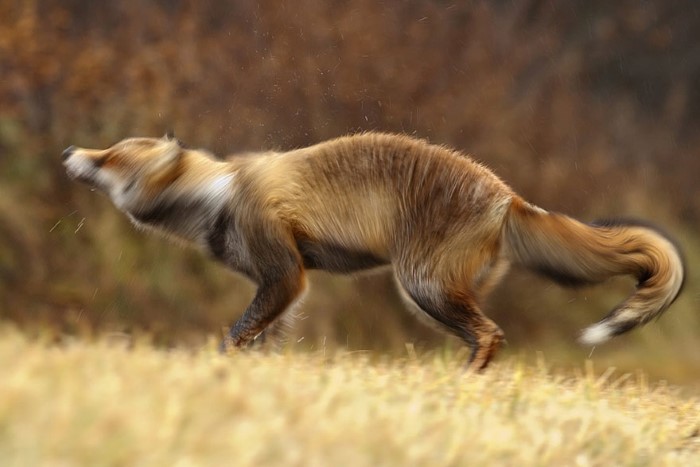 … or are they? Well, some animal behaviour specialists claim that their nocturnal nature is a relatively new thing. Centuries of fox hunting have taught them to avoid the daytime and only come out at night. 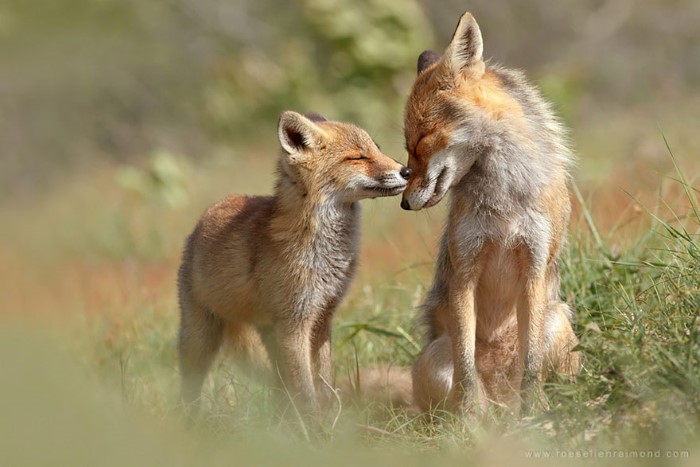 So if we were introduced a complete and absolute worldwide ban on hunting, over time they’d become ‘diurnal’ and we’d see them in the daytime! 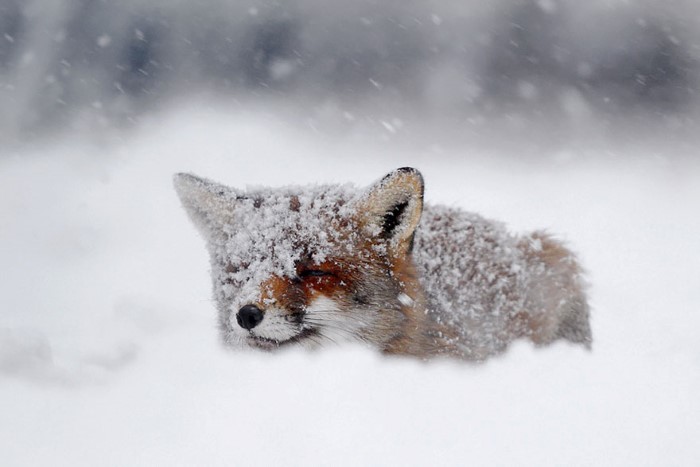 Raimond explains her fondness for foxes: “Foxes, along with cats, are my favorite animals. Their depth and uniqueness appeal to me: Every fox is an individual character. Some are very elusive, while others can be quite cheeky. Some are very spontaneous and playful and some are just plain boring!” 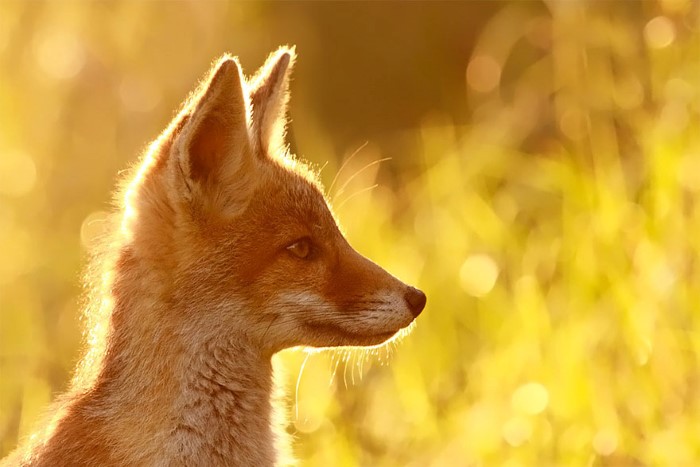 “The one thing they all have in common is their unpredictability: With a fox, you never know what they are up to. Will they be hunting, sleeping, swimming… will they even be there at all? That’s exactly what continuously challenges me to immerse myself in their intriguing doings.“ 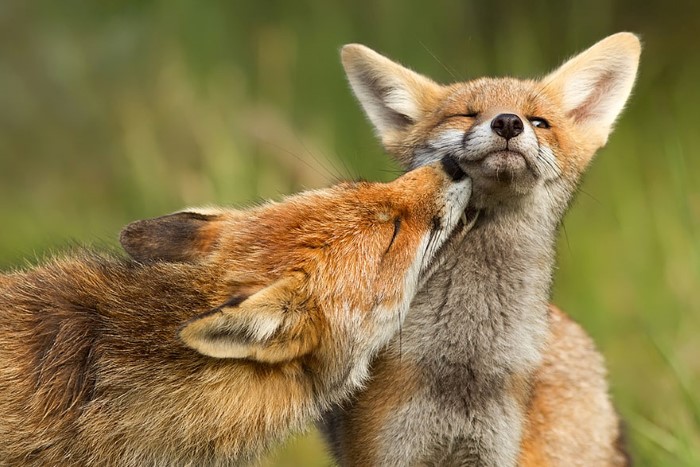 “In the area I’m visiting, hunting isn’t allowed and dogs, cyclists and cars are prohibited. Thus, there is no threat for them at all and some foxes lose their elusiveness.“ 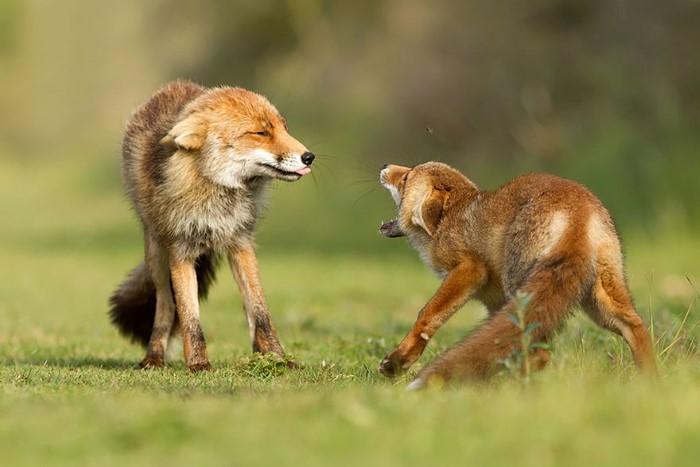 “I’m interested in witnessing and capturing natural behaviour. Therefore, I need to make myself almost ‘invisible’ and a completely uninteresting part of the environment, waiting and hoping to witness that special fox moment…“ 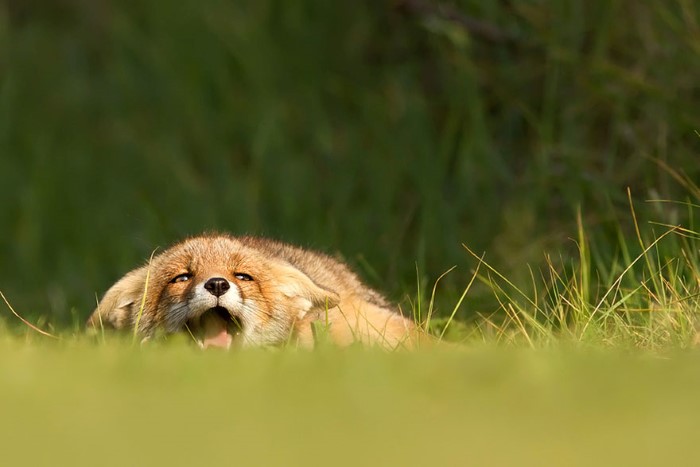 “Around 8 years ago, I bought a DSLR and a macro lens. In the winter of 2009/ 2010, I won a Canon 7D in a photo contest and I bought my Canon 300mm F4.0 and I almost instantly got hooked to capturing wildlife because of the challenge of ‘the hunt.’” 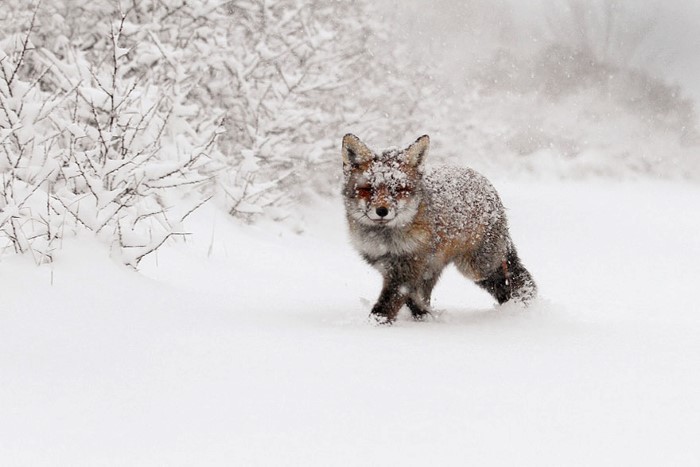 “It’s hard – if not impossible- to make a living out of nature photography. My photos are sold as stock and fine art and are published in many international magazines, but nowadays photographers need to be really creative to generate money from their photographs.” 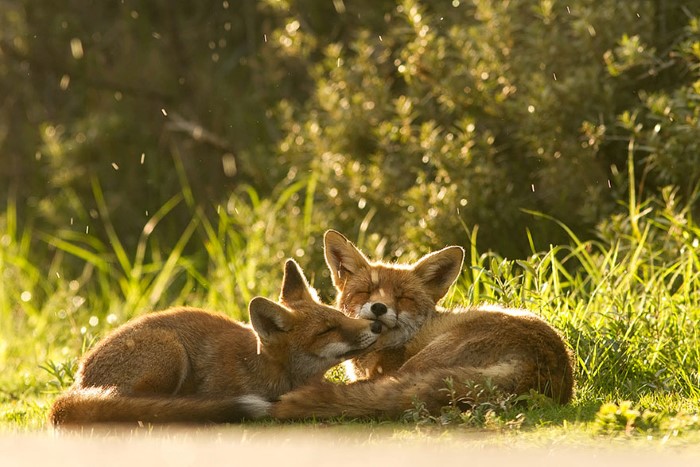 Did you know that there are almost 50 different species of fox worldwide? 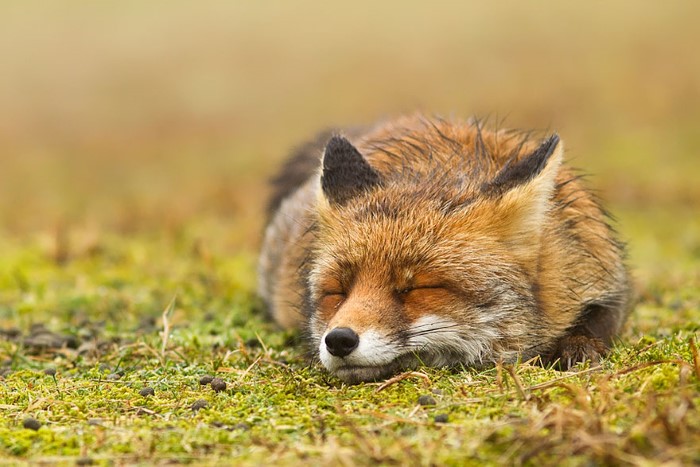 Foxes are often hunted for their fur, with the poor little thing’s tails being kept as trophies by huntsman who call it a ‘brush’. 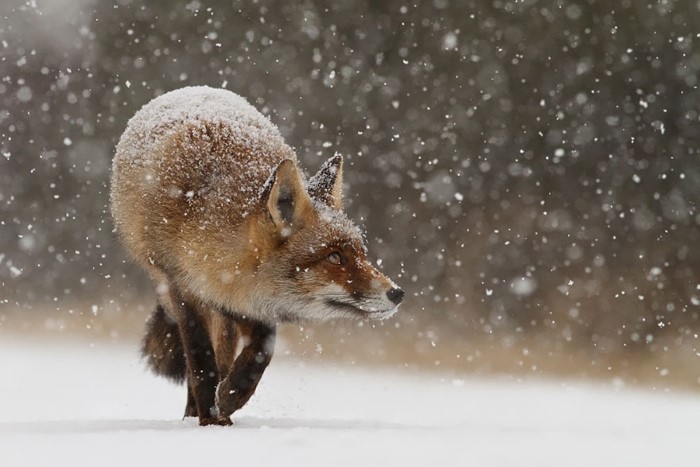 When foxes are born, they are unable to see, hear or walk for anywhere up to a month. 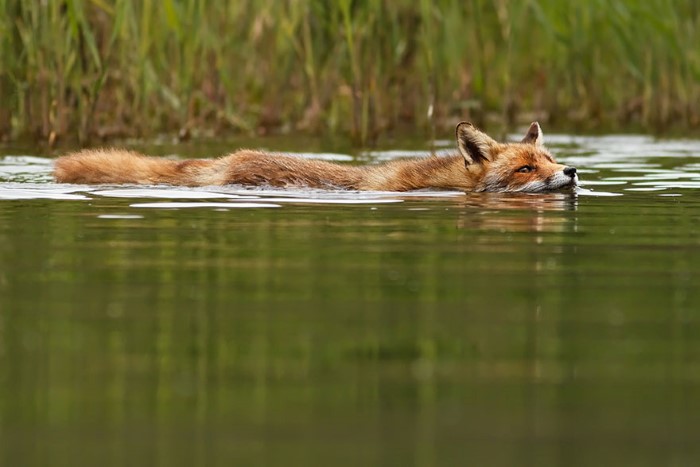 It’s illegal to hunt foxes in Scotland and the UK (though that law could well be repealed soon…). But hunting is still allowed in places like Australia and North America. 🙁 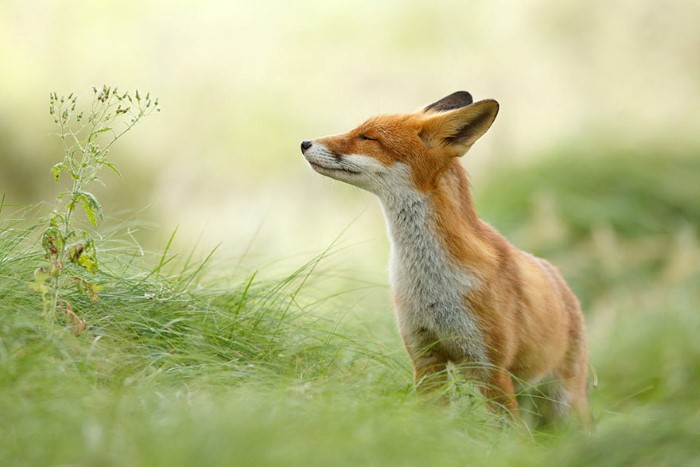 They live underground! Weird but true. 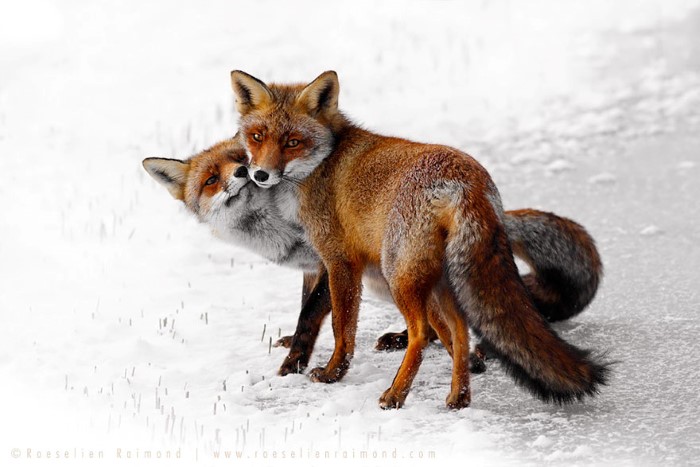 Most foxes would surprise you as to their height. Most only stand around a foot to a foot and a half tall. That’s it! 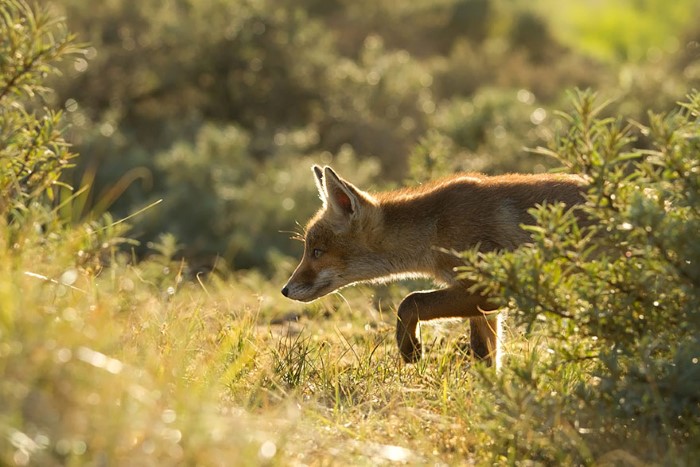 They’re quick, though – some species of fox can run up to 15kmph. 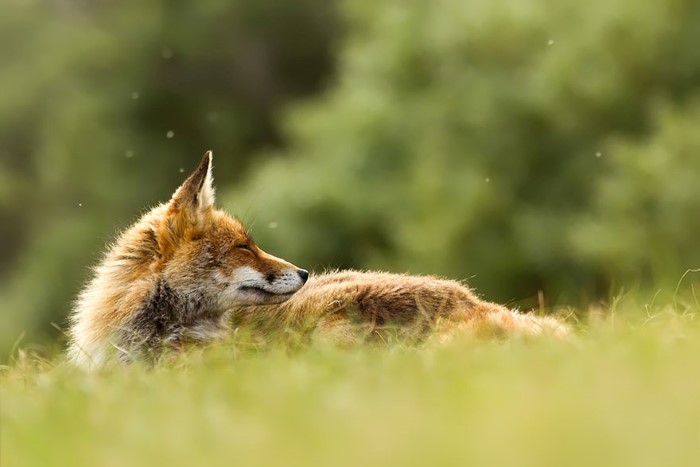 All in all – they’re pretty great little things. So why aren’t we nicer to them?! 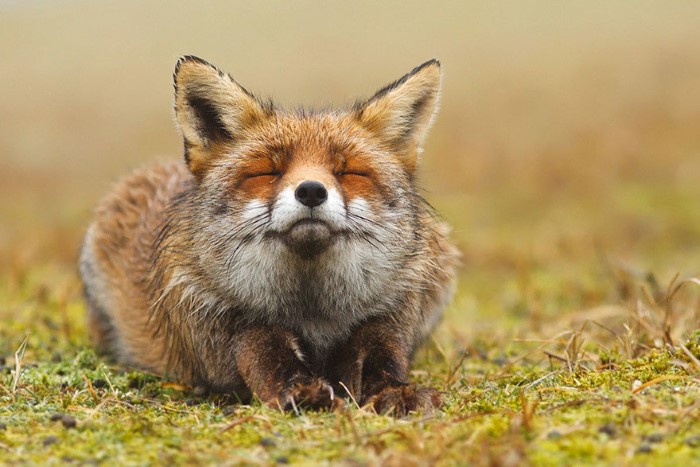