These photographs may look like a sky full of fireworks on Bonfire Night or Independence Day, but in fact they’re not. They’re actually something a lot more naturally spectacular than that. These almost overwhelming panoramics of glorious pinks and purple are the work of a plant! That’s right, all of these pictures are taken of the same plant. A Japanese wisteria plant, to be exact. Amazing, isn’t it? 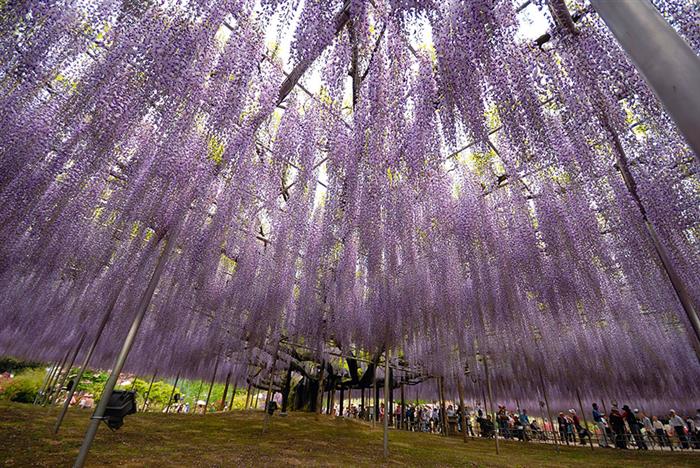 This wonderful wisteria can be found at the awe-inspiring Ashikaga Flower Park in Tochigi, Japan. 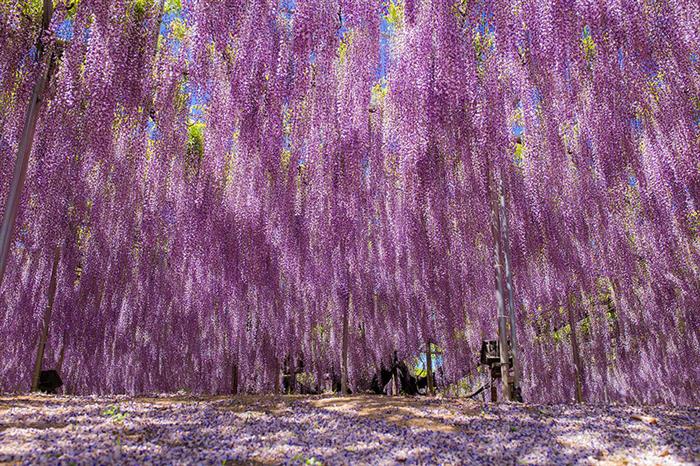 It’s a quite staggering 144 years old, making it as old as the Brooklyn Bridge! 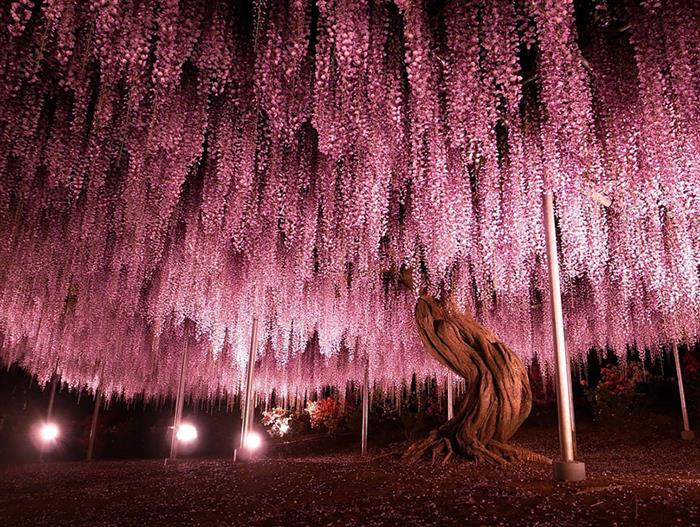 If you think it’s strange to see wisteria not creeping up walls, you’d be right. That’s how you’d usually find it. But, in the right confines, they can be ‘taught’ to grow upwards, like a tree. 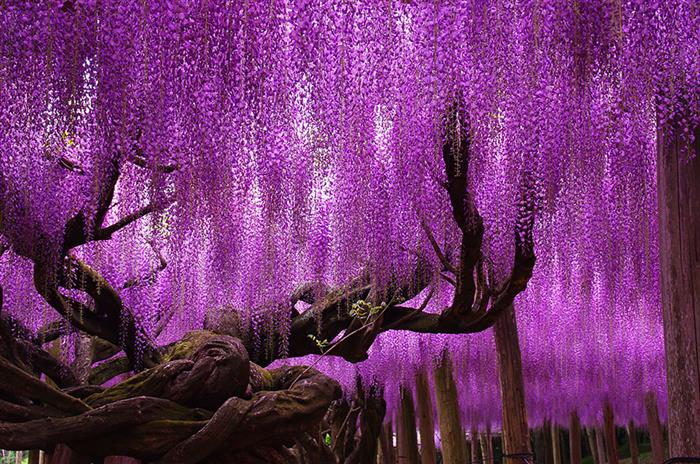 Its branches and flowers spread an impressive 2,000 square metres (that’s about half an acre). And yet it’s still only half the size of the world’s biggest wisteria, which can be found in Sierra Madre in California. 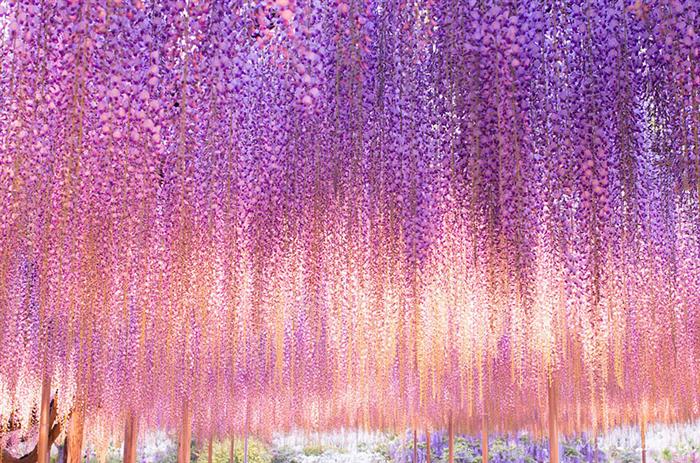 Wisteria vines of this size cannot support themselves under their own weight, so they need to be held up by steel support structures. 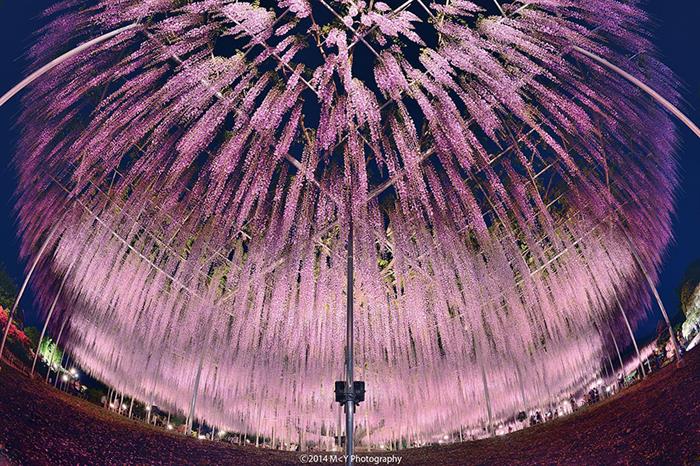 The metal structure here allows for visitors to the flower park to be able to walk underneath the wisteria and take in its full glory. 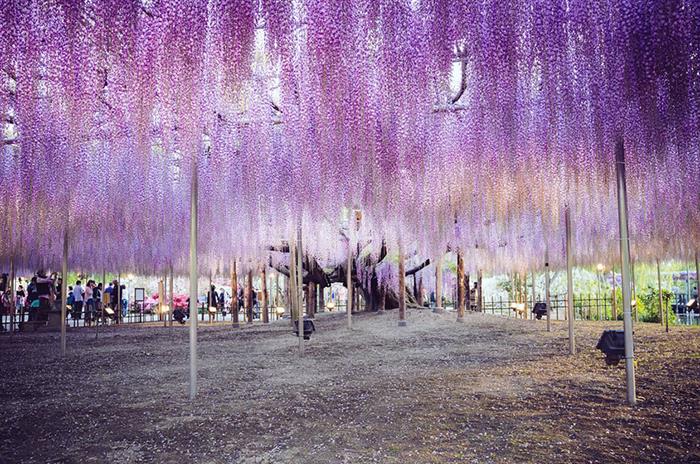 If you’re planning a trip east to witness this jaw-dropping beauty, then the park advises you go in April or May to see the wisteria at its best. 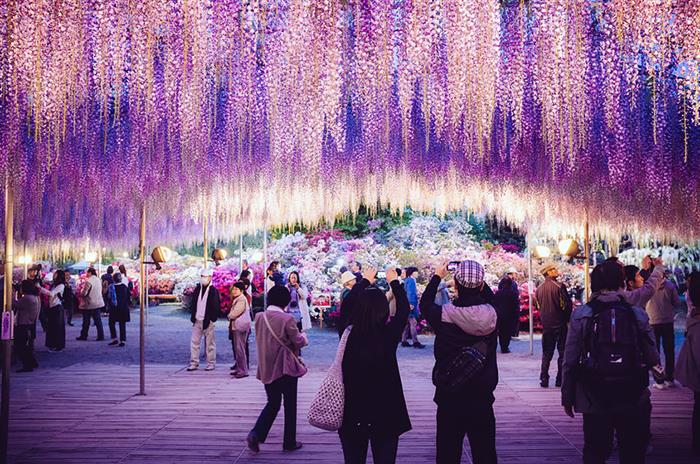 Although this particular wisteria is quite enormous, wisteria floribunda (as they’re officially known) are quite popular in Japan in bonsai form. 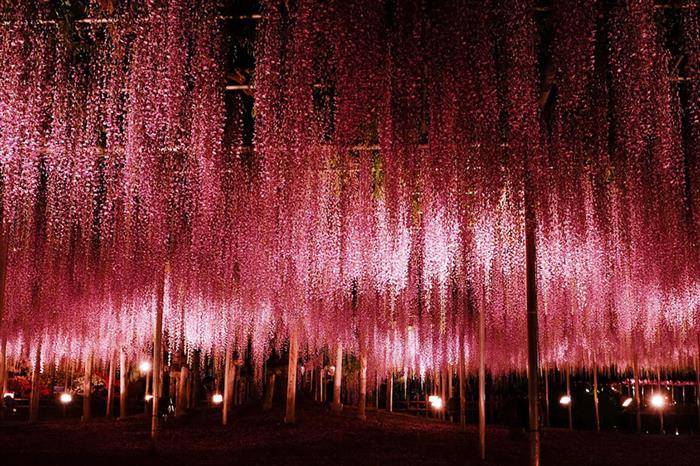 144 years is really quite something; most wisterias manage about 50 years. It’s all down to the love, care and attention given to the giant by the staff at the flower park. 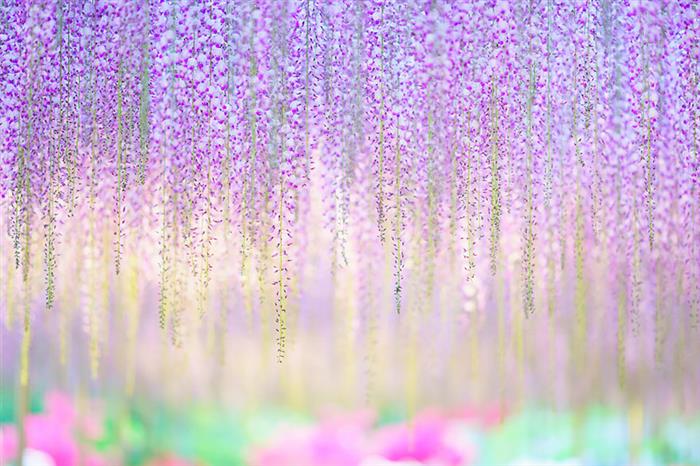 We never realised a plant could be so shockingly big or beautiful! 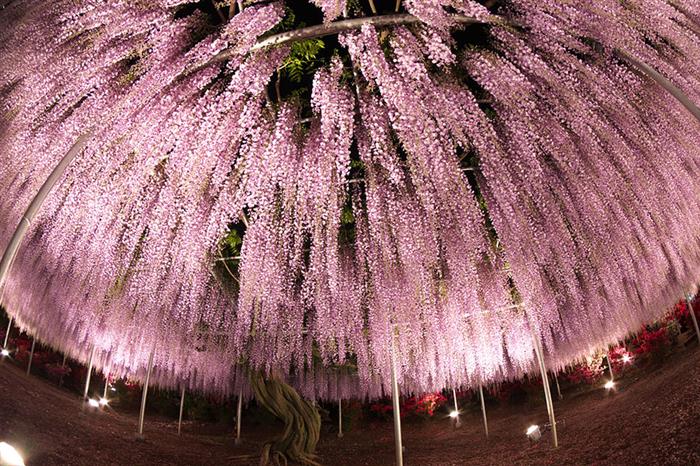 That’s quite something, isn’t it? Do you know someone that’s green-fingered and would get a kick out of this? Why not share this post with them today?